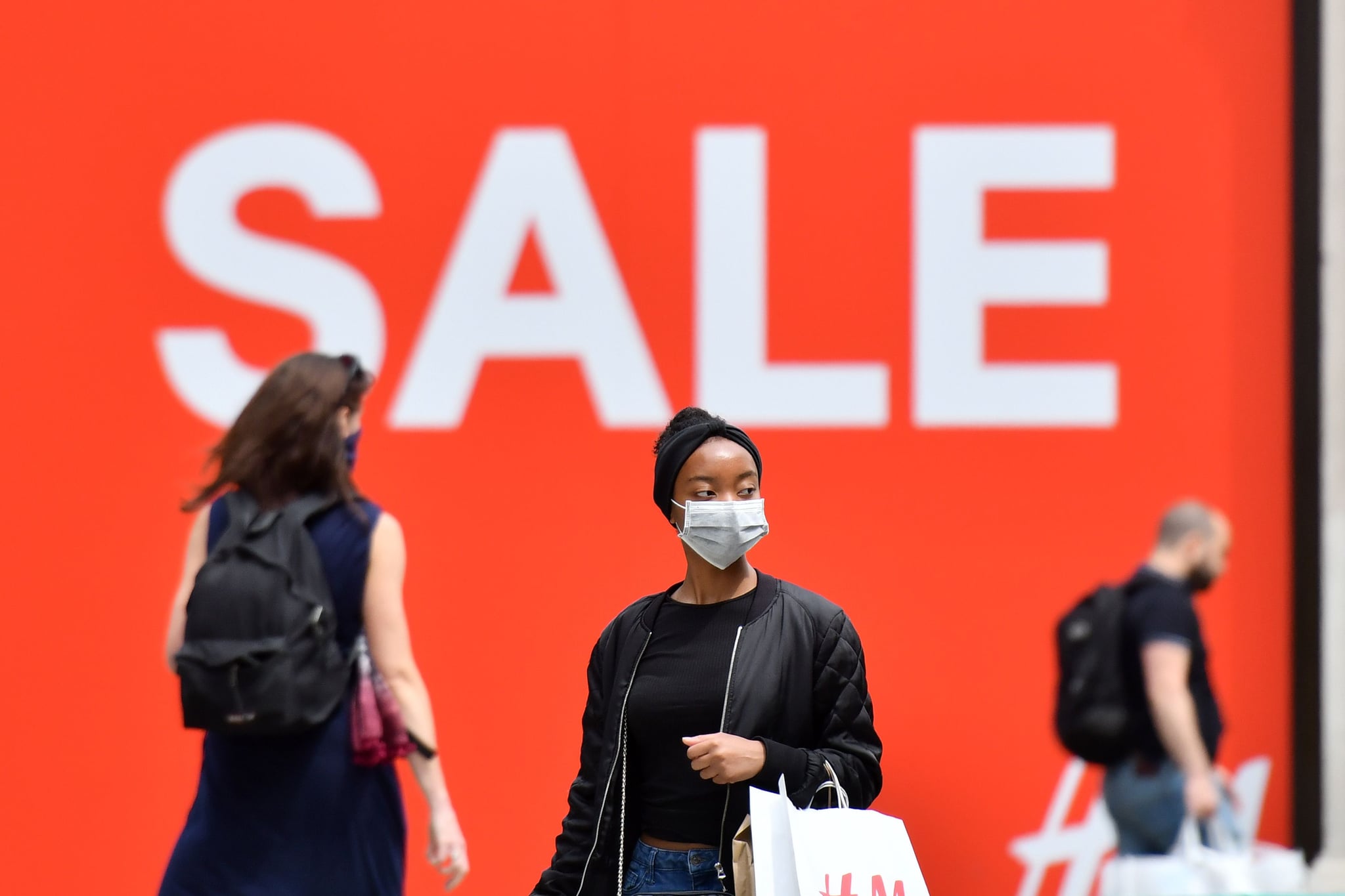 Update (23 Sept 2020): While addressing MPs in the House of Commons, Boris Johnson unveiled a wave of new coronavirus restrictions in the wake of rising cases in the UK. Of the many new guidelines announced, one of them is the fact that face masks will be mandatory in all public spaces, whether you're on staff or a customer. "We will extend the requirement to wear face coverings to include staff in retail, customers in taxis, and customers in indoor hospitality settings, except when seated at tables," Johnson said. Fines for failing to wear a face mask will rise to £200.

Original Post (14 July, 2020): As of 24 July, face coverings will be mandatory in shops and supermarkets in England, and shoppers caught not wearing one could face a fine of up to £100. Children under 11 and those with certain disabilities will be exempt from wearing a face covering — though health advisers encourage everyone to wear one if they can.

"There is growing evidence that wearing a face covering in an enclosed space helps protect individuals and those around them from coronavirus," said a Number 10 spokesperson. "The Prime Minister has been clear that people should be wearing face coverings in shops, and we will make this mandatory from July 24."

The decision follows days of conflicting advice from various MPs, including Michael Gove, who said that he doesn't think masks should be mandatory as he believes people in England will display "basic good manners" after encouragement to wear one. However, Mayor of London Sadiq Khan has advocated the wearing of face masks since the beginning of the pandemic and brought in compulsory face coverings rules on public transport on 15 June.

Despite the announcement, which many members of the public are in favour of, the government has been criticised by various health advisers on the decision to give 11 days notice prior to the rules being enforced. When asked to explain, Environment Secretary George Eustice told BBC Breakfast that the delay "gives people time to prepare".

Where possible, people are encouraged to wear reusable face masks and wash them after every use, in order to reduce single-use waste. There are now plenty of places to buy reusable face masks, including comfortable fabric face coverings available on various websites, masks created for Boots by famous British designers, and also masks with filter pockets for extra protection, which can be found on Etsy. If you aren't able to get yourself a mask, there are also plenty of ways to make a face covering at home using a t-shirt.

As for other parts of the UK, face coverings became mandatory in Scotland for public transport and shopping from 10 July. However, those living in Wales and Northern Ireland are not required to wear one in shops (though compulsory on public transport), however it's expected this will be under review following Boris Johnson's announcement for England.

So, repeat after us before leaving the house: "phone, keys, wallet, mask". Oh, and just a reminder, you can wear a face covering from today, you don't need to wait until the 24th.