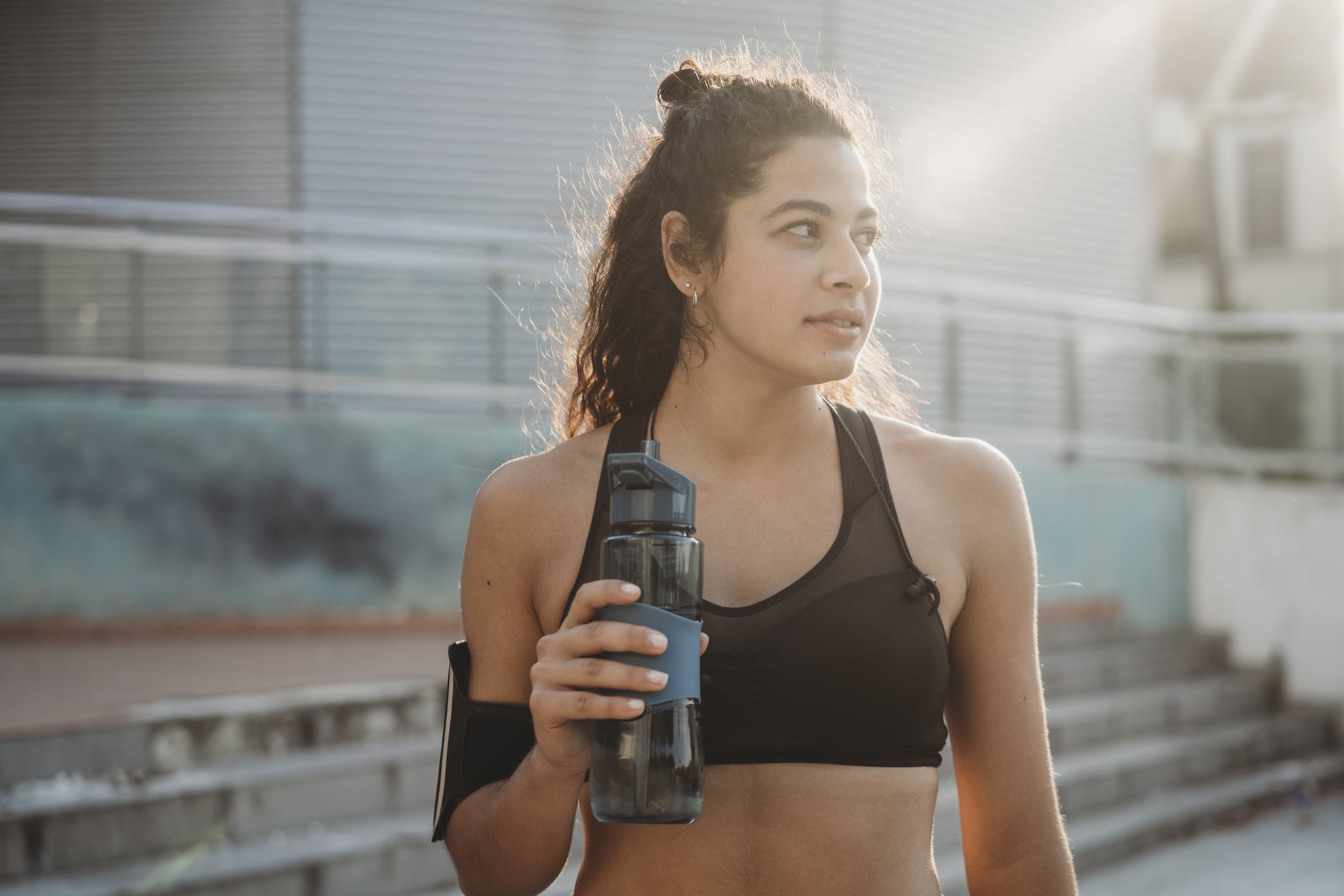 Climate change is very real, and as a result, the frequency of heat waves has increased, according to a New York Times article. Coupled with the warmer temperatures that occur during the summer months, the weather can often feel unbearable. We're made up of 60 percent water and every cell and organ in your body needs water to function. It's important you're getting enough water during the warmer weather, and in general, which is why we reach out to experts to find out exactly how much water you should have each day.

How Much Water You Should Drink Each Day

You've probably heard countless times that you should drink eight, eight-ounce glasses of water each day, but "In hot weather, it's going to be more," Simiao Li-Sauerwine, MD, MS, an emergency medicine doctor at The Ohio State University Wexner Medical Centre, told POPSUGAR. Exactly how much more will depend on a few variables such as the temperature, humidity levels, if you're outdoors in the sun, and how much activity you're doing, Dr. Li-Sauerwine explained.

"The old adage 'eight glasses a day' is actually fairly sound advice as it provides a reasonable target for most people," Chris Banner, MD, MPH, FAAP, speciality medical director at Atrium Health, told POPSUGAR. If you're someone who consumes alcohol and caffeinated drinks consistently, Dr. Branner said you may need to increase your water intake "to provide balance" as those diuretics can make you lose water.

Related:
The 1 Surprising Reason You May Need to Drink More Water, According to a Doctor

Soma Mandal, MD, board-certified internist and a women's health specialist at Summit Medical Group, told POPSUGAR your daily water intake also depends on your activity level. For example, someone doing labour-intensive work outdoors, such as a construction worker, will need more water than someone who isn't doing intense work outside. If you're working in the heat, she recommends drinking a glass of water every 15 to 20 minutes.

"In general, if you're not in the heat, I usually recommend anywhere from six to eights cups of water [per day]," Dr. Mandal said. But when the temperatures rise and there are heat waves, she recommends increasing your water intake to eight to 12 glasses a day. If you exercising outdoors, Dr. Mandal recommends increasing your fluid intake during your workout and for approximately an hour afterward to replenish the water lost during your workout.

In Dr. Li-Sauerwine's opinion, the best way to gauge how much water you need is to use your urine as a gauge. "If it's been three or four hours and you haven't peed, then you're probably dehydrated," she said. Additionally, if your urine is the colour of lemonade (a bright yellow colour), you're also more than likely dehydrated.

Signs of Dehydration and Hydration

Dark urine, a dry mouth, and a scratchy throat are key indicators that you're dehydrated, Dr. Banner said. "By the time you're thirsty, you're already dehydrated," Dr. Li-Sauerwine added. If you're severely dehydrated, you may feel confused, extremely tired, and be unable to urinate, Dr. Branner explained. A fast heart rate, heart palpitations, sunken eyes, irritability, headaches, muscle cramps, and skin that doesn't return to its normal position after being pinched are also signs of dehydration, Dr. Mandal explained. Conversely, clear, light yellow urine and a moist tongue and cheeks are signs that you're hydrated, according to Dr. Branner.


"By the time you're thirsty, you're already dehydrated."

It's important to stay hydrated, but it is possible to consume too much water and overhydrate yourself, which can also be dangerous. "The reason why it's dangerous is because it can actually lower your sodium levels in your body," Dr. Li-Sauerwine explained. Sodium is an electrolyte that every cell in your body needs to function, so by drinking too much water, you're flushing out all of the sodium in your body, which can potentially lead to confusion, seizures, and swelling of the brain, she said. Although this is a possibility, Dr. Li-Sauerwine explained that people usually don't reach this point. "What you need to be aware of is how much water you're drinking in a specific time period," Dr. Mandal added. Instead of drinking six cups in an hour, she recommends spreading your water intake out during the day.

Related:
I Drank a Gallon of Water a Day For a Month, and I'm Calmer and Less Anxious Than Ever

What to Drink to Stay Hydrated

Water isn't the only way to hydrate your body, and Dr. Branner explained that liquids like milk and juice can also help hydrate your body. When it comes to sports drinks, Dr. Branner explained that they are effective, especially when you're dehydrated, because they provide the body with both salt and sugar. "The salt helps pull the water back into your body, and the sugar provides an 'assist' to make absorption even faster," he explained. If you've participated in moderate to strenuous activity such as doing a HIIT workout or going on a long run, you more than likely have lost a greater amount of water via your sweat, "so the added electrolytes in sports drinks will help replenish losses more quickly," he said.

Dr. Branner noted that the extra sugar in a sports drink is not necessary for maintaining hydration "and is an extra calorie load that could be unhealthy." In his opinion, "plain water is your best choice for most situations, but there are certainly instances where a drink containing electrolytes is slightly more beneficial." Dr. Li-Sauerwine said, "Sports drinks are mostly sugar. There's a touch of potassium and a touch of sodium in it," and doesn't think the average person needs a sports drink to stay hydrated or rehydrate. But if you do decide to drink one, she said to be aware of sports drinks with caffeine in them, in addition to checking the label to see how much sugar is in each drink.

Special Situations When It Comes to Water Intake

There isn't one universal recommendation for water intake, but if you're pregnant and/or breastfeeding, you're going to need more hydration than someone who is not, Dr. Li-Sauerwine explained. For example, if you produce around 24 ounces of breast milk a day, you will need to drink at least 24 ounces of water to stay hydrated.

If you have kidney problems, heart problems, take special medications, or are elderly, you should follow the recommendations your doctor has provided rather than trying to consume too much water, which can be harmful, Dr. Sauerwine advised. Be sure to stay hydrated, especially during the warmer months, and if you are unsure about how much water you should have daily, we advise consulting a medical professional like a primary care doctor. 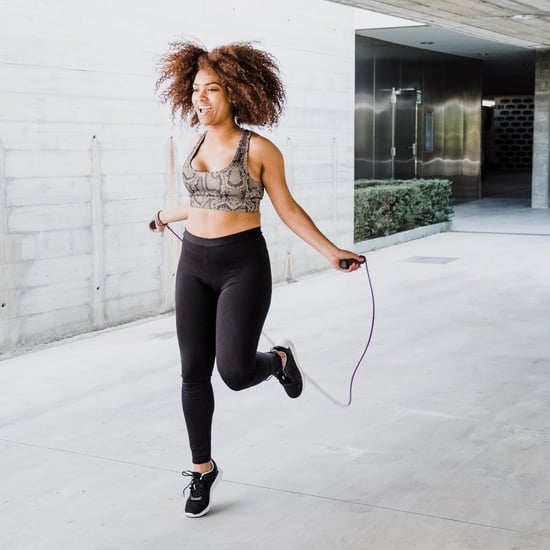