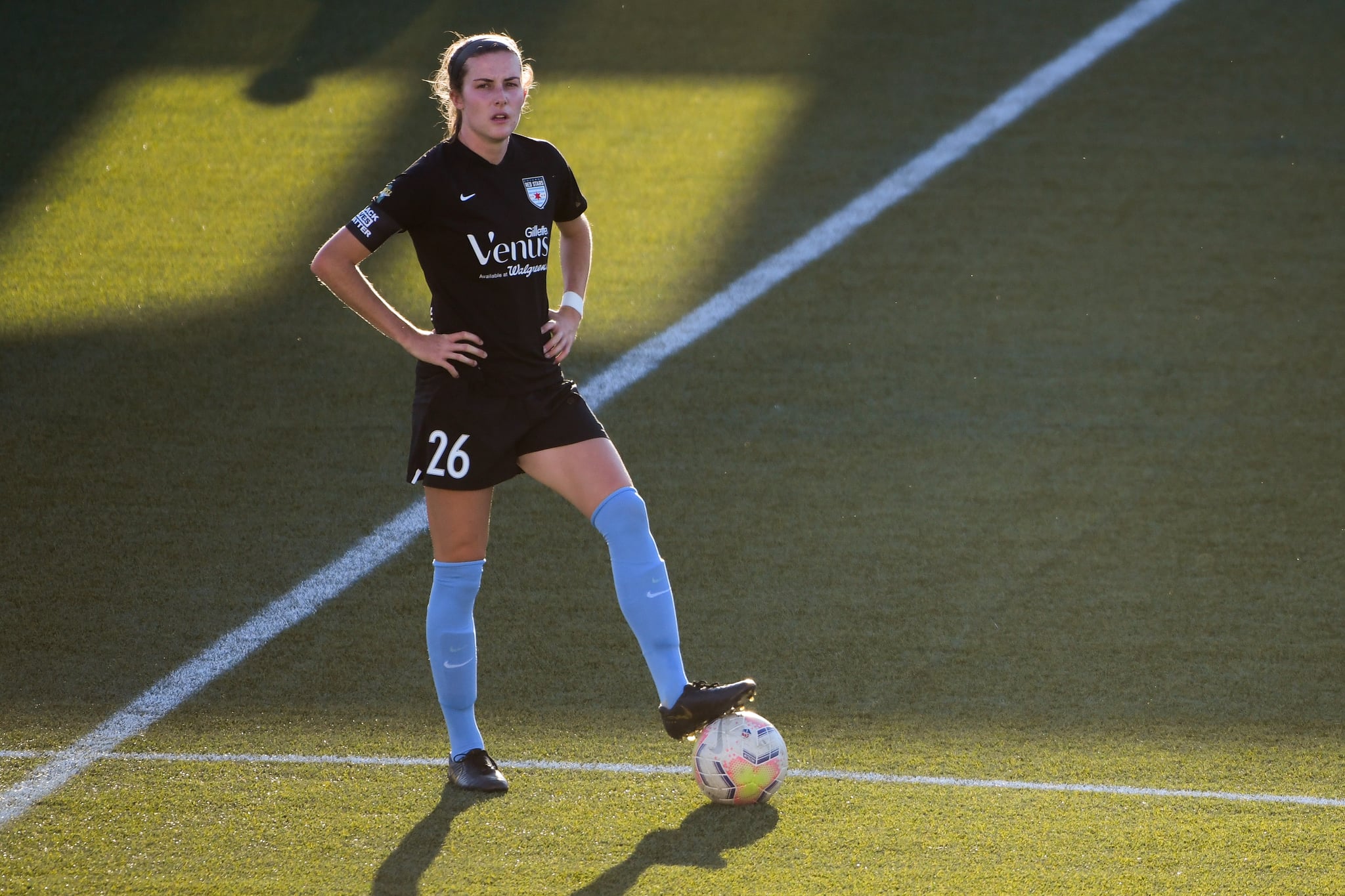 The sudden screeching halt of American sports happened over one stunning week in March. With barely a highlight reel to be found, what followed was an absolute craving for sports content, one that had people tuning in for re-runs of old games and inhaling documentaries like Michael Jordan's The Last Dance. It took months for a tentative restart to get under way, but when it did, in June, an interesting opportunity arose.

The National Women's Football League (NWSL) was positioned to become the first US league back. The league planned a return-to-play tournament, the Challenge Cup, featuring all nine teams competing at a single site in Salt Lake City. Despite one major hurdle — the Orlando Pride suffered a coronavirus outbreak, forcing the team to withdraw — the tournament kicked off June 27 and has been going smoothly ever since. The knockout round begins on Friday.

To put it plainly, the NWSL was in a nearly unheard-of situation. For about a week and a half, before the MLS restart on July 8, it was the only active professional league in the US. And yet, it felt like no one was paying attention.

Apart from a few articles when the tournament kicked off, the most publicity the tournament has received came from an emotional pre-game photo of teammates kneeling together during the national anthem. It was a resonant, important moment, but it didn't translate into broader coverage of the tournament. In June, for example, one outlet completely dropped the NWSL from a list of US sports return dates, despite it being the first league to restart. And over the past few days, I've read more about the dinner menu in the NBA's Disney World "bubble" than an actual live football tournament that's being played right now.

Then there's the fact that the vast majority of the Challenge Cup is not being aired on TV. Out of the month-long tournament, CBS is airing just two matches live: the opening match, a June 27 showdown between the North Carolina Courage and the Portland Thorns, and the final, on July 26. In the US, the rest are available exclusively on CBS All Access, a paid streaming service.

A source explained to POPSUGAR that CBS's goal is to increase their live sports lineup on CBS All Access, playing to the NWSL's young, passionate fanbase who likely tend toward streaming anyway. It makes sense, and the multiyear deal between CBS and the NWSL, cemented in March, does in many ways look like a step up for the league in terms of broader visibility. But frankly, that's not saying much. In 2017 and 2018, only one NWSL match was broadcast per week on A+E Networks; the NWSL didn't even have a traditional broadcasting partner for the first half of 2019, until ESPN stepped in after the World Cup.

In so many ways, sports culture — the fans, the lack of coverage, the sexism — is set up for women's pro sports to fail.

There are parallels here: the lack of live airtime in the past, the lack of Challenge Cup coverage. Even with World Cup momentum, even — incredibly — when there were literally no other sports being played in the country, the majority of the NWSL's comeback tournament is stuck behind a paywall, nonexistent on live TV, and often ignored in outside sports coverage.

Why does this all feel so familiar?

The vast majority of American sports fans consistently fail to support women's professional teams, and the loudest of them have plenty of sexist arguments as to why these teams shouldn't be on TV. The most popular: women athletes just aren't as talented or fun to watch. If they were actually good, people would tune in. Of course people would care, of course games would be on TV, if the level of skill was the same as it is on the men's side. As an ESPN VP told one reporter last year, "Any media entity tend[s] to focus the majority of [its] coverage on the topics that are most interesting to your viewers, right?"

This sexist rationale is so far off-base, it's laughable — try arguing that Simone Biles isn't skilled and doesn't attract viewership, or that the Women's World Cup didn't captivate the world last year. And yet, it's everywhere in American sports culture. The more you look, the more you find. It's in the way we consume sports, what sports are available to us and where; according to a 2015 study, SportsCentre on ESPN dedicated just two percent of its airtime to covering women's sports. It cropped up in the USWNT's equal pay lawsuit, in which lawyers for U.S. Football, the team's own federation, claimed that the women's team was less skilled than the men's, and used that as rationale for paying them less. And it runs absolutely rampant on social media. See, for example, the comment section of a seemingly innocuous ESPN Instagram post announcing "Key July Dates" in sports, which dared to include the WNBA's start date. Commenters had a field day: "Tried to sneak the WNBA in there," "hYpEd fOr ThE wNbA," "Who cares about the WNBA." (The first comment has over 2,000 likes.)

We shouldn't feed the sexist trolls, but these hateful comments matter. They contribute to a culture that has consistently devalued women's professional sports, so much so that even during a pandemic and a sports vacuum, the NWSL is absent from the airwaves and from broader conversation. They feed into a circular logic, a vicious chicken-and-egg cycle: Women's sports are slashed from coverage because "no one cares," but how can you attract new fans, how can you make people care, when the NWSL is barely on TV? When even the most mundane coverage attracts this kind of contempt and vitriol? In so many ways, sports culture — the fans, the lack of coverage, the sexism — is set up for women's pro sports to fail.

The amazing thing, of course, is that women's sports aren't failing. Far from it: The opening match of the Challenge Cup on CBS became the most-watched game in NWSL history, averageing over 527,000 viewers — a stunning 201 percent increase over the previous record. The WNBA draft, in April, averaged 59 percent more viewers than last year and, back in November, top pick Sabrina Ionescu's Oregon jersey sold out in hours on Nike's website. The argument that "no one cares about women's sports" looks flimsier by the day. Imagine what kind of viewership these events, especially right now, could attract with the same kind of pre-game hype and wider coverage as a typical NBA game receives. Look what these women are achieving in a sexist, toxic culture, and imagine what they could do if we treated them as the equals they are.