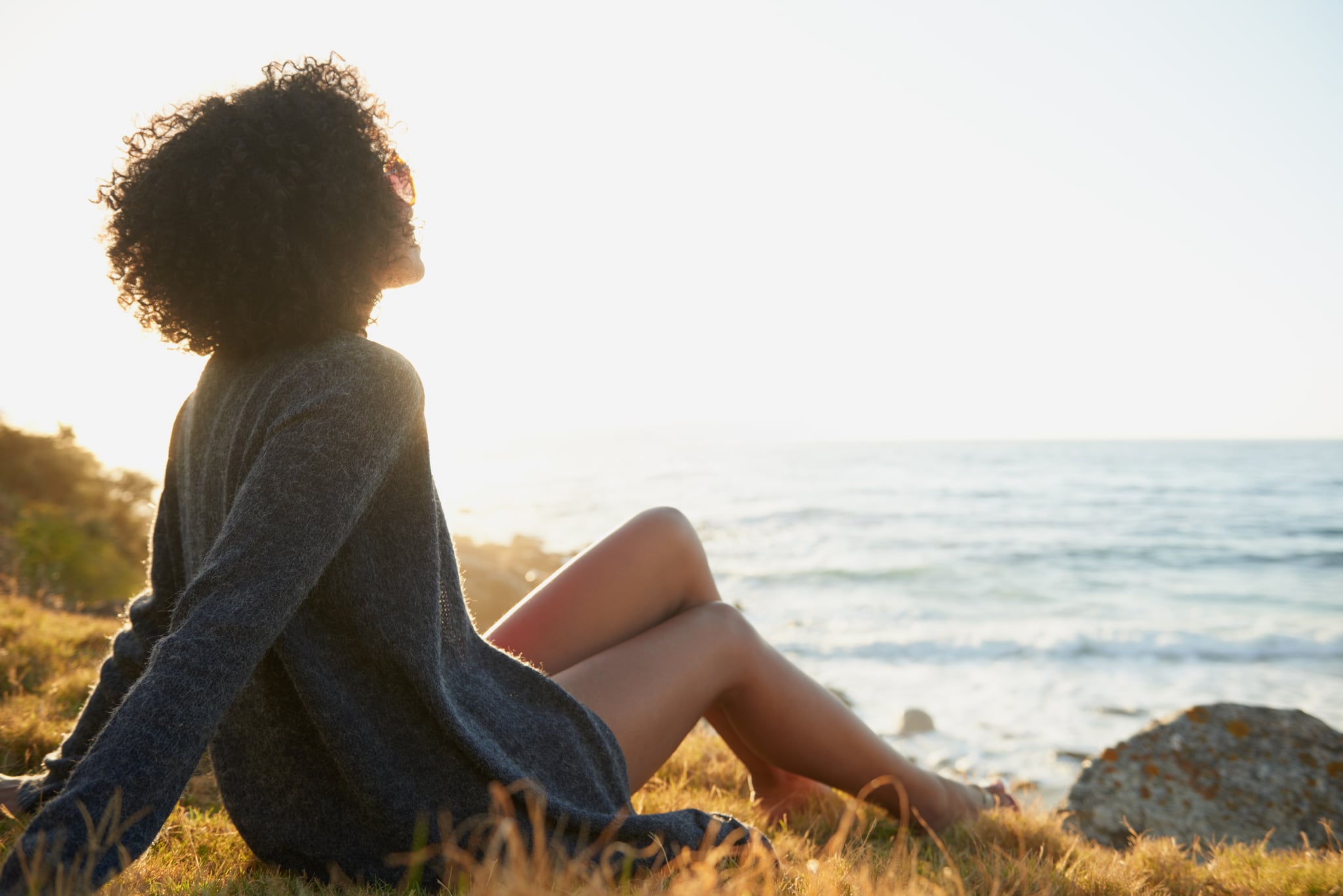 "It's going to get ugly before it gets beautiful." Those may not have been my therapist's exact words, but it was exactly the kind of truth-telling I needed from my first session. Over the past 10 years, I've experienced more ugly than I would like, and I was ready to do whatever it would take to turn things around. I'm a Black woman, and I've been in therapy for more than six months now.

At times, it's still surprising to me, considering I never thought therapy was for Black people. My first encounter with therapy happened while watching Desperate Housewives during my childhood. That and many other shows depicted white women sitting on sofas pouring out thoughts so private, I felt they should have been whispered. You just didn't see Black people on TV receiving therapy. This coupled with cultural norms and stereotypes shaped my beliefs about who therapy was for and why it simply wasn't an option for me.

In my family, the antidote for low moods was God, prayer, and faith. Since these three things could fix just about anything, the thought of talking to a professional about my problems never crossed my mind. It's almost as though I was subconsciously taught that religion and therapy are mutually exclusive. Seeking the help of a therapist would imply that I didn't have enough faith. Perhaps religion is also the easier option as it doesn't require the level of vulnerability and transparency sitting in front of a therapist does. Some of us prefer to suffer in silence and bear crosses we don't have to carry alone because we're afraid of showing weakness.

I knew I needed therapy when my marriage was failing. I've heard people say that marriage reveals unhealed traumas, and for me it did just that. All of the pain I had bottled up and buried began resurfacing, and some days, it felt like I couldn't breathe. There was an identifiable pattern of avoidance, self-sabotage, and low self-worth, but I didn't know how to fix it on my own. To make matters worse, I felt like I was failing as a mother. It got to the point that even the thought of leaving the house turned my mind into a war zone. I knew going out meant I'd have to face the world and pretend that I was OK when in reality, I was crumbling. Unfortunately, prayer and blind optimism weren't cutting it.

I started psychological counseling, which was short-term and helped me learn techniques to deal with the isolation I was experiencing. The therapist gave me tools to help me leave home more often. Within two weeks, I was going to the park and taking my son on playdates, which was beneficial to both of us. A couple months later, I progressed to long-term psychotherapy, which has felt like a gradual unpacking of my emotions and trauma.

I hope that by talking about therapy like I would any other form of self-care, I can help normalize it for others in my community.

Psychotherapy feels like a soliloquy. I unmute the never-ending dialogue playing in my head and turn up the audio for my therapist to hear. She listens and helps me identify the issues influencing my thoughts and behavioural patterns. Although it isn't a quick-fix, it's improving my emotional intelligence and creating greater levels of self-awareness. After each session, I feel empowered and like I'm becoming a healthier version of myself. That feeling is priceless.

It took at least six sessions for me to be vulnerable enough to cry, and even then, my tears weren't fluid. Growing up, crying was almost forbidden in my home. I wasn't allowed to question my parents, and my feelings were seldom taken into consideration. I knew my place. I think that's why most times I'd rather do almost anything other than voice how I'm feeling. However, therapy has helped me find my voice and constantly reminds me that what I have to say and how I feel matters. It's an important lesson I want to teach my son, too.

Although I didn't tell many people when I started therapy, now I tell every Black person I know, every chance I get. I hope that by talking about therapy like I would any other form of self-care, I can help normalize it for others in my community. Because therapy is a process of unpacking and unbecoming. Of unlearning, healing, and then relearning. And it transcends race.