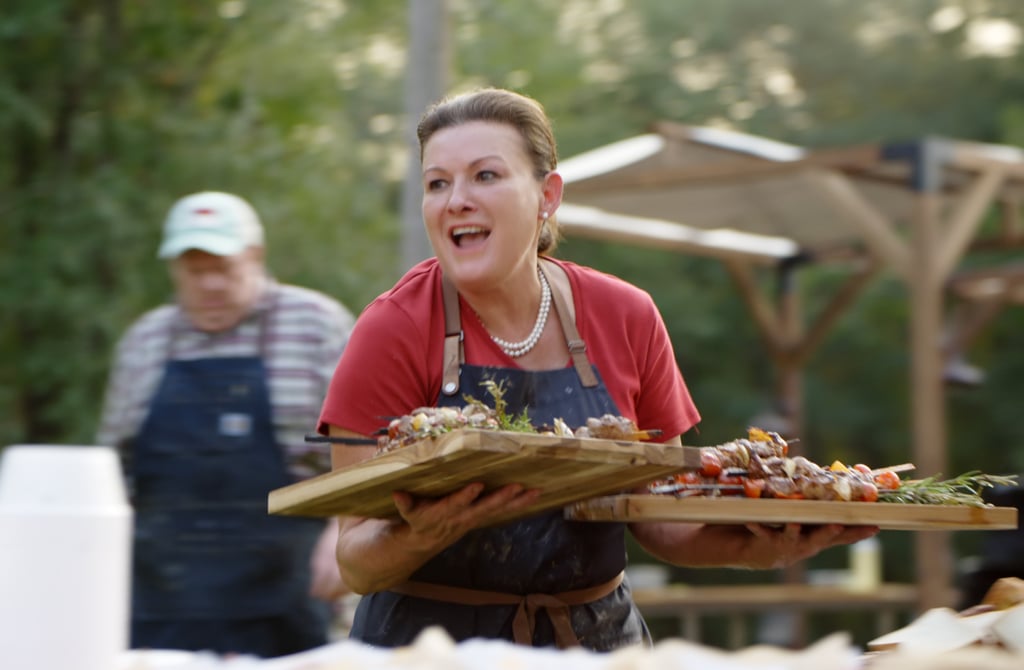 The Winner of Netflix's American Barbecue Showdown on Being in a Male-Dominated Field: "Just Do It"

In Netflix's original series American Barbecue Showdown, cooks from all over the country came together to see who truly is the best of the best in the world of barbecue. Contestants ranged from championship barbecuers to novice backyard cooks, but each of them brought heart and skill to the competition that was truly addicting to watch. Typically a landscape dominated by men, barbecuing is gradually seeing more and more women in the competition circuit — including on this show. Of the eight contestants, three are extremely talented women — one of whom actually wins the whole damn thing.

Tina Cannon, who is your typical Southern Belle from Georgia, has been a championship barbecuer for a decade, but her foray into barbecue was almost a happy accident. She went to culinary school but told POPSUGAR that her culinary background really hasn't had anything to do with her life in barbecuing. She'd seen some competitions and grew to admire world championship barbecuer Melissa Cookston. "I thought, oh my god, there's a woman that can do this, you know?" she told POPSUGAR. So what did she do? She turned in some of her credit card points, got herself a little smoker, and got to work.

But it hasn't always been an easy ride. Tina shared a fun little story about smoking some meat to make a meal for a group of men doing work on her house — Southern hospitality at its finest. She explained that when she and her husband served the workers the food, they automatically assumed her husband had made the meat. "One of the men said, 'This is some darn good barbecue,' and looked at my husband. My husband pointed at me and said, 'Well she did it.'" It was her first encounter with taking on a field dominated by men and seeing the reaction. It fuelled her, though, especially because it was one of those men who gave her the application form for her first barbecue competition — and she won.

From there, she continued to compete and landed herself a spot on Netflix's American Barbecue Showdown, where her original barbecue idol Melissa Cookston was a judge, bringing it all full circle for her. It was all made even better when she took home the title. We caught up with Tina after her big win to find out more about how hard it is to be taken seriously in a male-dominated industry, what it's like to be on Netflix, and more.