The hard seltzer competition is fierce, so naturally, companies are getting creative. Bud Light in particular — which just released a limited edition retro summer seltzer (a must-try!) — has added a spin-off to its tye-dye summer release called "frozen icicles" — aka a grown-up version of the ice pops many of us used to slurp on as kids (or maybe still do today). As someone who once lived off of ice pops in their heyday and now drinks a fair share of spiked seltzers in their "adult" years, I knew I had to try these retro-looking boozy popsicles for myself.

The icicles come in three flavours, and honestly, they taste just as their names would lead you to believe. 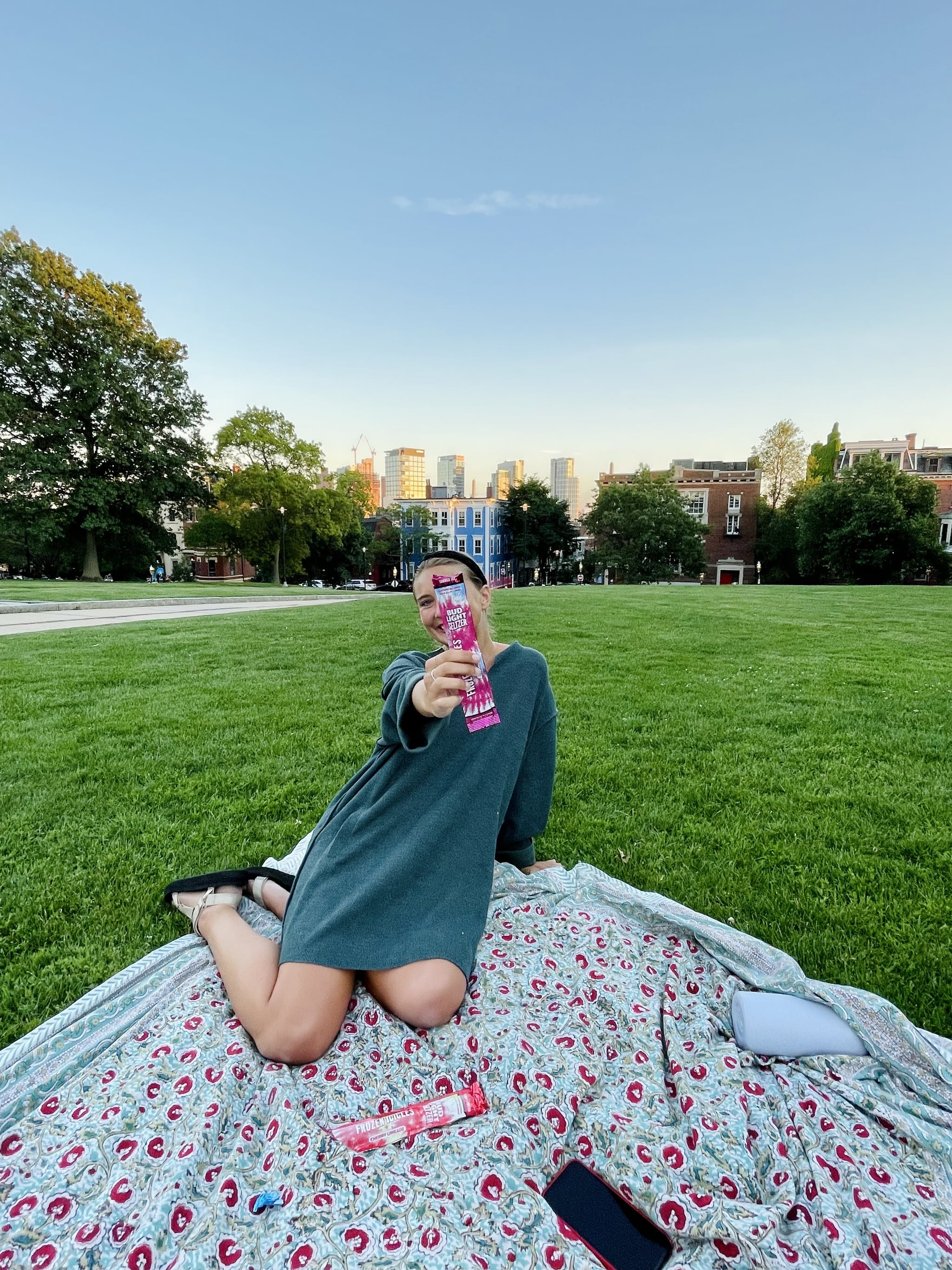 While I took them to the park with me, all I could think of was how perfect they'd be for the beach. Not only do they not look like booze, but they don't taste like booze either. Truly, these frozen seltzer pops taste like a less sugary version of ice popsicles, which makes them extremely dangerous (I could've sucked up a handful in just one sitting!). At five percent ABV, they're the same as a canned seltzer except they're two ounces versus twelve (do with that information what you will). With cute tie-dye packageing and a yummy tart taste, I of course have to recommend these to try for yourselves. Just let me forewarn you to pack scissors wherever you take them! There's no "tear here" mark like you might assume.

Bud Light Seltzer Icicles will be available in a variety 12-pack nationwide on June 14. 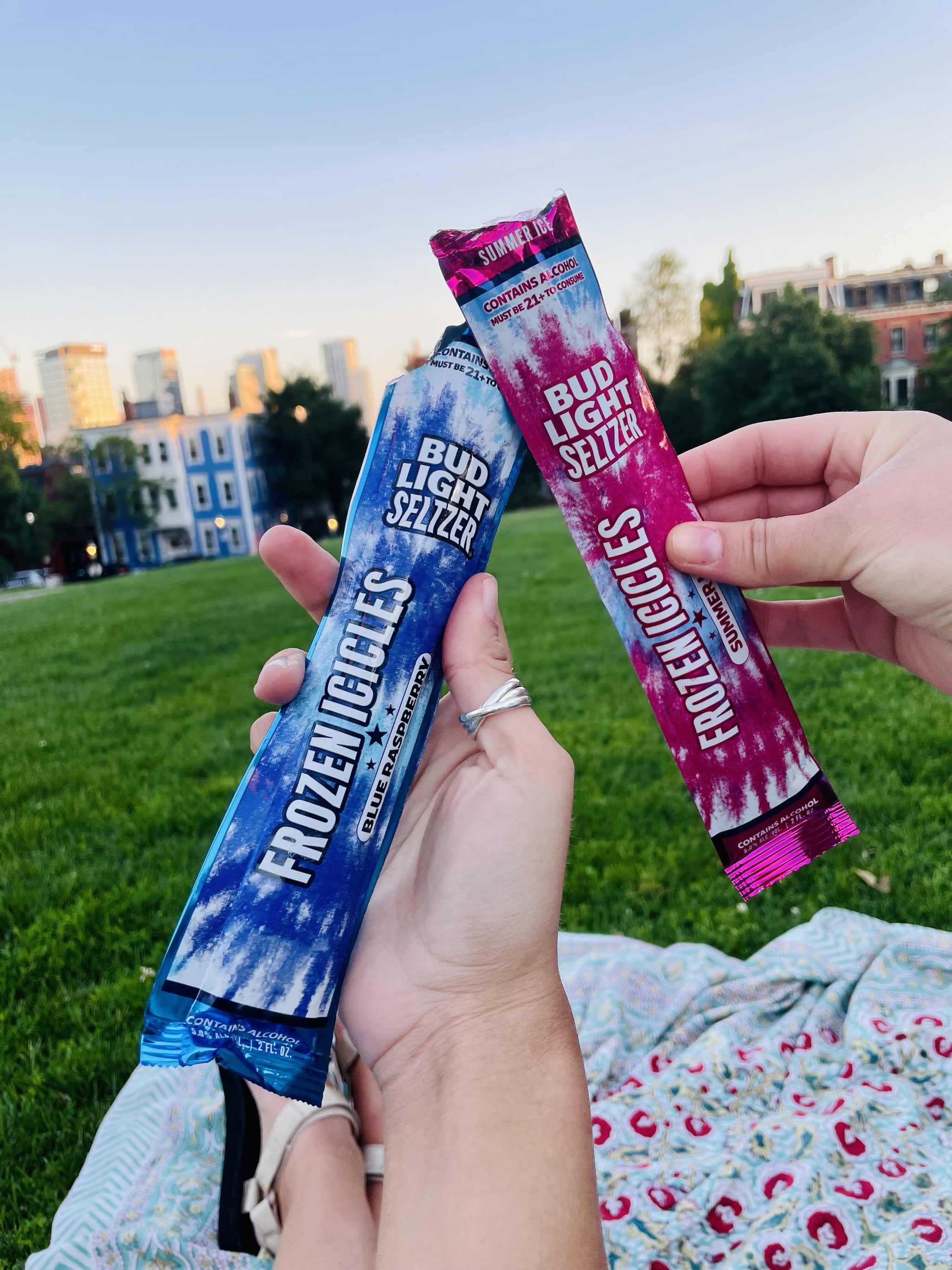 Periods
How Alcohol Can Impact Your PMS Symptoms and Your Period, According to 2 Consultant Gynaecologists
by Victoria Moorhouse 4 weeks ago