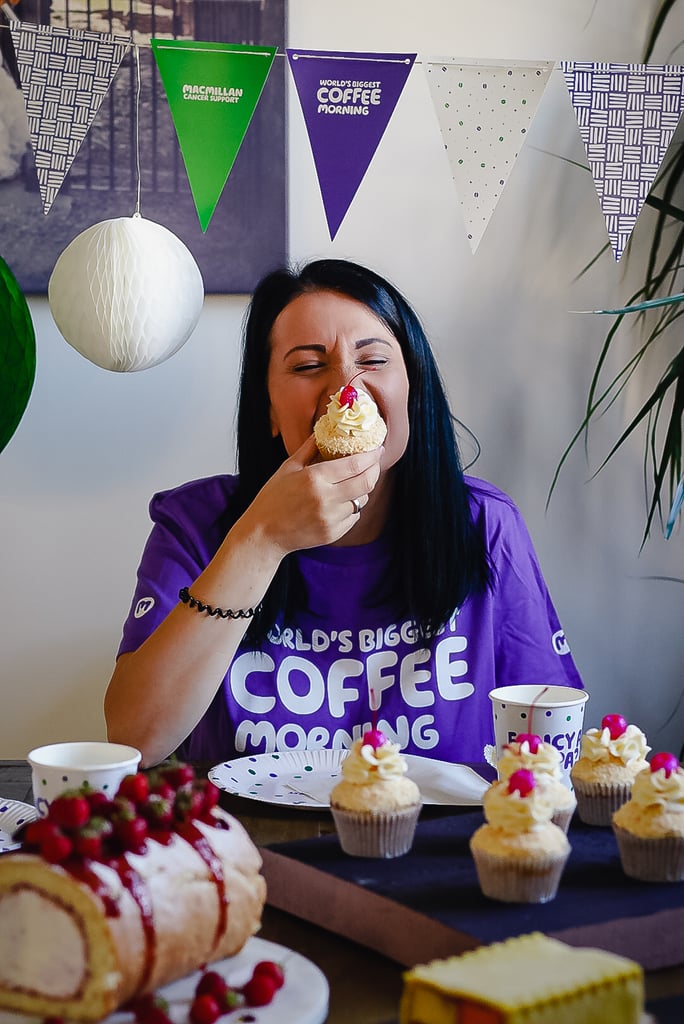 It was only a little over a year ago that Michelle Evans-Fecci joined 12 other bakers in the famous marquee for collection seven of The Great British Bake Off. At the end of the first weekend, she came out on top as Star Baker during Cake Week. Although she was one of two bakers to be sent home in week five, she was definitely a season favourite! Since the show, she has continued to bake and still considers cakes to be one of her strengths. "I love cakes. Here in the house, we always –– obviously not now –– but we always have people calling in, popping by, so I've always got a tin in the cupboard with a cake in it just in case," she recently told POPSUGAR. (While we were talking, she said she had her eye on what was left of a fruitcake she'd made earlier in the week.)

To celebrate the new season of The Great British Bake Off, which airs Tuesday at 8pm on Channel 4, Michelle shared three "achievable" retro bakes fans can make at home. She created the recipes in partnership with Macmillan's Coffee Morning, which raises money to help millions of people living with cancer in the UK, to celebrate its 30th anniversary.

Despite no longer being under the immense pressure in the tent, Michelle told POPSUGAR that she still loves to bake along with the show's contestants so she can enjoy a similar experience as she watches the show. And despite the newest season being slightly differently than past ones (the bakers, hosts, and crew had to live away from their families for health and safety concerns amid COVID-19), Michelle (like us) is so excited it was able to come back because of the immense joy and comfort it brings people. "It is just so lighthearted, so when I heard that they were struggling to film it, I was actually really gutted because I think, you know, with everything that's going on, I think having something like Bake Off on TV is just such a light," she said. "[It's] something to enjoy, and people can look forward to it."

Michelle said that even though she's a former contestant and an avid baker, she still can't tell how a baker's treats are going to turn out if they make a mistake because of the way the show is edited, so it's just as much of a surprise to her as is it to everyone else. But one thing she's definitely able to relate to? The stress! "I remember panicking [while watching this season] when they're filling the Battenberg trays. You could see that they were filling too high and then they overspill, and you just know what happens when you gasp and when the cake bust went to tip on one side," she said.

When it comes to successful bakes, Michelle shared her delicious recipes for Cherry Bakewell Battenberg Cake, Pineapple Upside Down Cupcakes, and Strawberry Arctic Roll. Two of these bakes ironically were featured in the first two episodes of the new season for the signature and technical challenges, but thankfully, you can take your time on these at home! Plus, Paul Hollywood isn't looking over your shoulder and waiting for something to go wrong.

With Michelle's recipes and instructions ahead, we have no doubt your bakes will achieve sheer perfection! 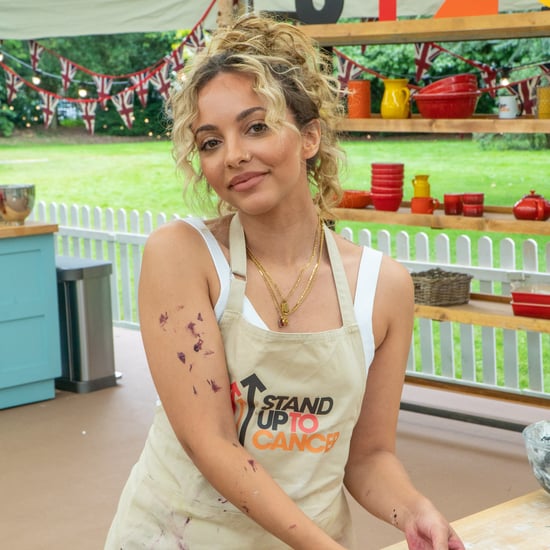