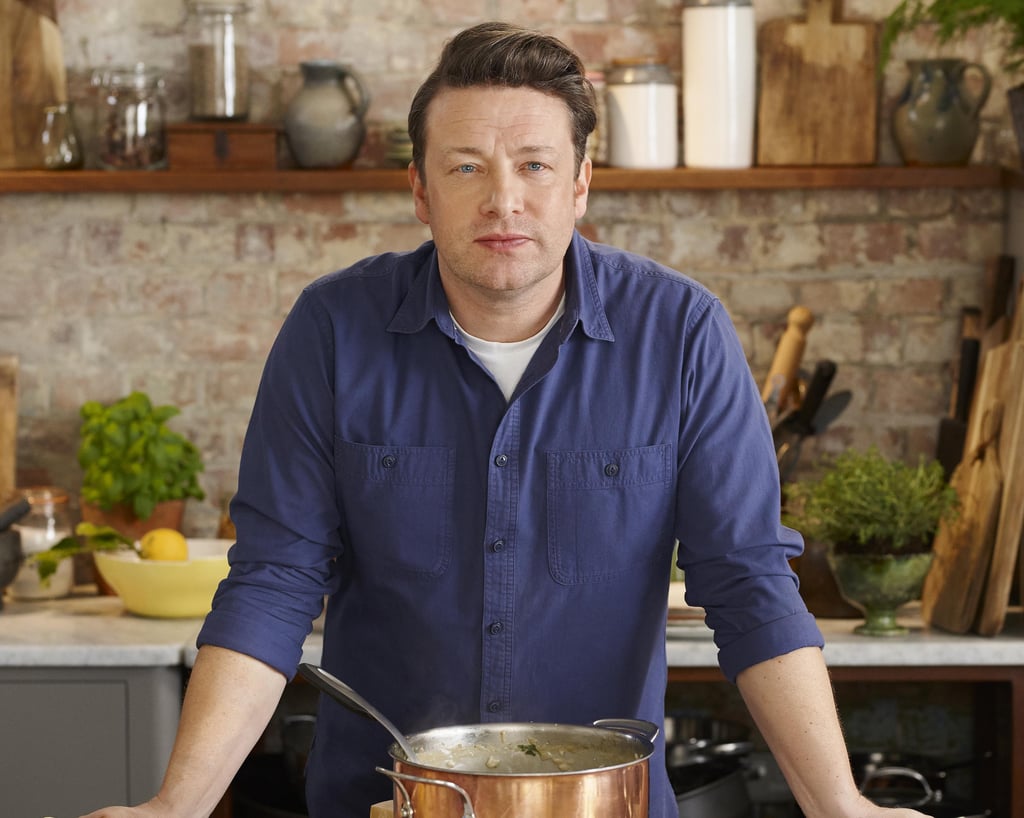 Last Wednesday, Jamie Oliver asked his Facebook followers to tell him what he could do for them right now, at a time when we all have less access to the creature comforts we're used to. The response came in quickly, and it came in loud and clear: people want simple recipes that can be made quickly, using pantry staples, and ideally meals that can be frozen. Less than a week later, Jamie has delivered. On Monday, he announced during an Instagram Live that he's filmed an entire five-episode cooking series in three days — and the first episode was released last night.

Jamie explains that the goal of the new series — titled Jamie: Keep Cooking and Carry On — is to provide recipes that allow you to easily swap in and out ingredients depending on what you have in your kitchen. He also wants to help you utilise the freezer and the deep, dark depths of your pantry so nothing goes to waste. Expect recipes for vegetarian chilli (which you can easily add meat to if you prefer) and lots of pasta recipes, including a simple recipe for the pasta itself since we all know there's none on the supermarket shelves right now.

Jamie: Keep Cooking and Carry On airs Monday through Friday, this week, on Channel 4 at 5.30 p.m. and then again at 8.30 p.m. Plus, it'll air at the same time on the Channel 4 Facebook page (which is basically unheard of) in case you don't have access to a live TV.

Netflix
Too Hot to Handle: The Season 2 Cast Is Seriously Sexy — Here's Where to Follow Them
by Monica Sisavat 15 hours ago