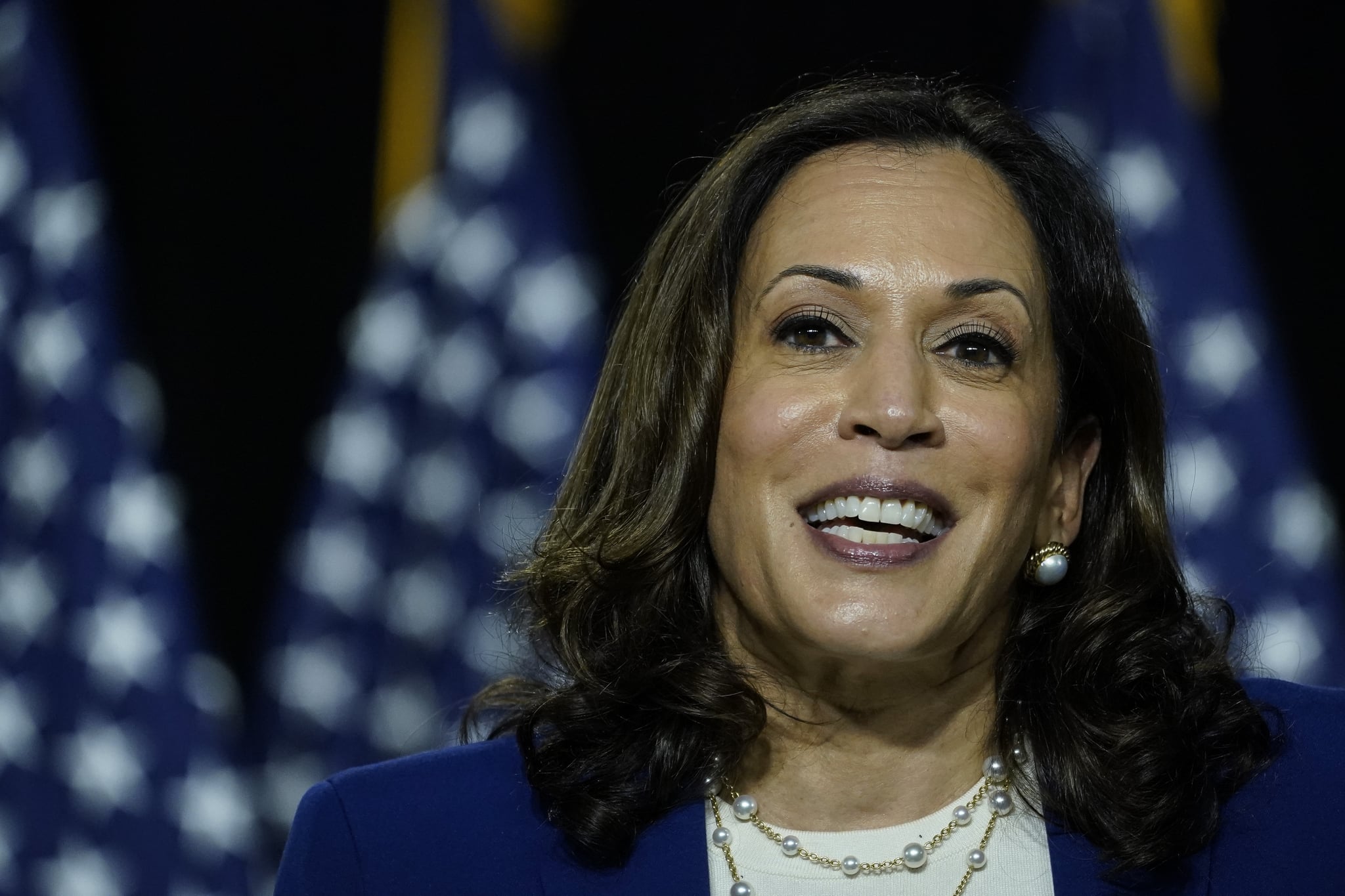 Vice presidential nominees, they're just like us! Sen. Kamala Harris spent Tuesday night tuning into the 2020 Democratic National Convention from her couch, like most of us probably did, according to her husband Douglas Emhoff. Emhoff tweeted a photo of Harris, who is a proud Howard alumna, wearing a casual sweatshirt from her alma mater and a big smile on her face as she lounged on her sofa. "Kamala is loving this roll call," the supportive husband wrote.

Much of the virtual convention Tuesday was dedicated to an official roll call vote, where delegates from 57 states and territories announced their nominations from various locations. Though the senator may have watched from her couch tonight, she will be speaking tomorrow on the third day of the Democratic National Convention, along with former president Barack Obama and former secretary of state Hillary Clinton. Ahead, see Emhoff's adorable tweet and tune into the DNC tomorrow.

Related:
AOC Just Explained Why She Nominated Bernie Sanders During Her DNC Speech