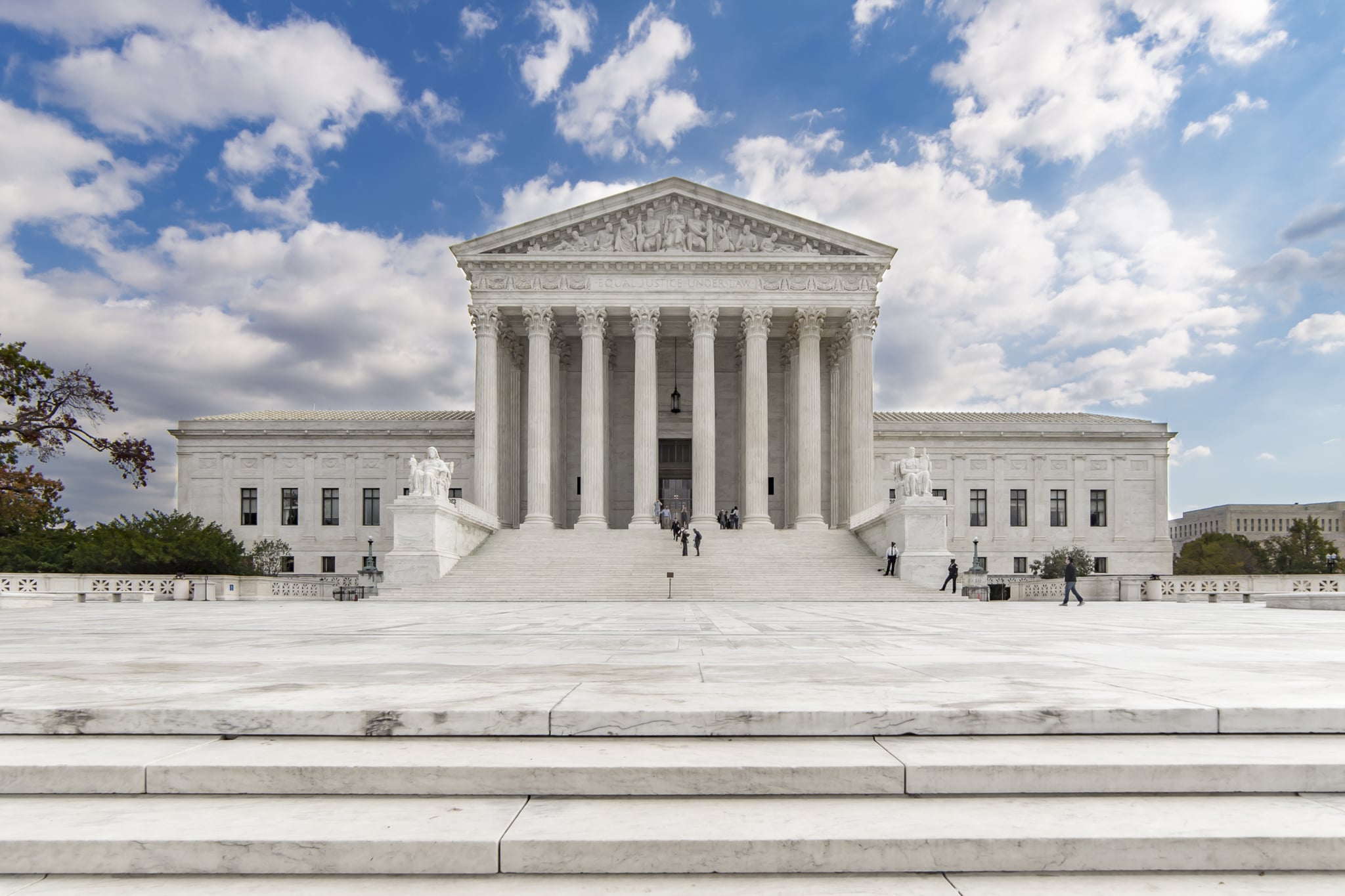 Ruth Bader Ginsburg's passing has raised serious questions about the future of the Supreme Court. As Senate Republicans rush to confirm a nominee before President Donald Trump potentially leaves office, Democrats — facing a conservative majority on the court for decades to come — have raised proposals to reimagine the court and the process for confirming justices.

Making changes to the highest court in the land may seem extreme (especially when Republicans refer to it as "packing the court," in order to muddy the issue), but it wouldn't be the first time this has happened. In fact, the confirmation process has changed in just the last few years. In 2018, Senate Majority Leader Mitch McConnell lowered the number of senators needed to confirm a Supreme Court nominee from 60 to 51.

Additionally, this latest vacancy has created a unique set of circumstances. This is the closest a Supreme Court nomination has ever come to a presidential election, and Senate Republicans' decision to move forward with Amy Coney Barrett's confirmation is seen as hypocritical, because they blocked Barack Obama's nominee for the last 11 months he was in office.

With that context, it makes sense that Democrats are trying to regain some control. Even presidential candidate Joe Biden has said that he would appoint a bipartisan commission to study ways to reform the court. In the meantime, here are a few of the things his Democratic colleagues have proposed.

Supreme Court justices have always served a lifetime appointment. This means that, unlike those serving in Congress, justices don't have to worry about upcoming elections or pleasing constituents. Instead, they can focus on their cases and make decisions impartially, rather than aligning with a political party. However, there are pros and cons to this approach, and the Supreme Court is one of only two Western institutions in which justices serve for life.

At the end of September, House Democrats introduced a bill to limit justices' terms to 18 years. The bill puts forward a rolling schedule of nominations that would allow the sitting president to confirm a justice every two years — a guaranteed two nominations per four-year term. If the bill passes by a simple majority in the House, it moves to the Senate.

"We can't face a national crisis every time a vacancy occurs on the Supreme Court," Ro Khanna, the Silicon Valley representative who introduced the bill, said in a press release. "No president should be able to shift the ideology of our highest judicial body by mere chance. It's time to standardize and democratize the Supreme Court."

While there's no official proposal, Democrats have talked about changing the number of justices on the Supreme Court, something that has happened several times before. There were six justices when the court was established in 1789. The number of justices shifted to five, then back to six, then seven, then nine, and then 10 during the Civil War, before landing on nine in 1869. It has remained that way ever since, apart from a brief, though in 1937, Franklin Roosevelt introduced an ill-fated plan to expand the number of justices to 15.

While some of these changes reflected the growing country, most were political (including Roosevelt's), making them no different from the conversation today. Senate Minority Leader Chuck Schumer has said that "nothing is off the table" if Democrats retake the Senate, indicating openness to expanding the court. Senator Ed Markey tweeted that, if McConnell violates his own precedent for filling Supreme Court vacancies in an election year, "We must abolish the filibuster and expand the Supreme Court." House Judiciary Committee Chair Jerry Nadler echoed this sentiment.

Of course, expanding the court requires both the Senate and the House of Representatives to be on board. Given how divided the parties are on this issue, any changes to the Supreme Court will depend on Democrats' ability to win the Senate.

Democrats also have the option of impeaching a sitting justice. In 2019, when the New York Times discovered previously unreported sexual misconduct allegations against Brett Kavanaugh, several Democrats called for his impeachment. It's the only way a sitting justice can be removed.

Only one justice has ever been impeached. Samuel Chase was impeached by the House in 1804, but subsequently acquitted by the Senate. It's likely that Coney Barrett will be confirmed as the next Supreme Court justice, which means that Democrats could strike back in order to balance the court. Amidst various proposals, it's unclear exactly how they'll do so, but one thing is certain: for any changes to happen, they'll need to win back the Senate first.