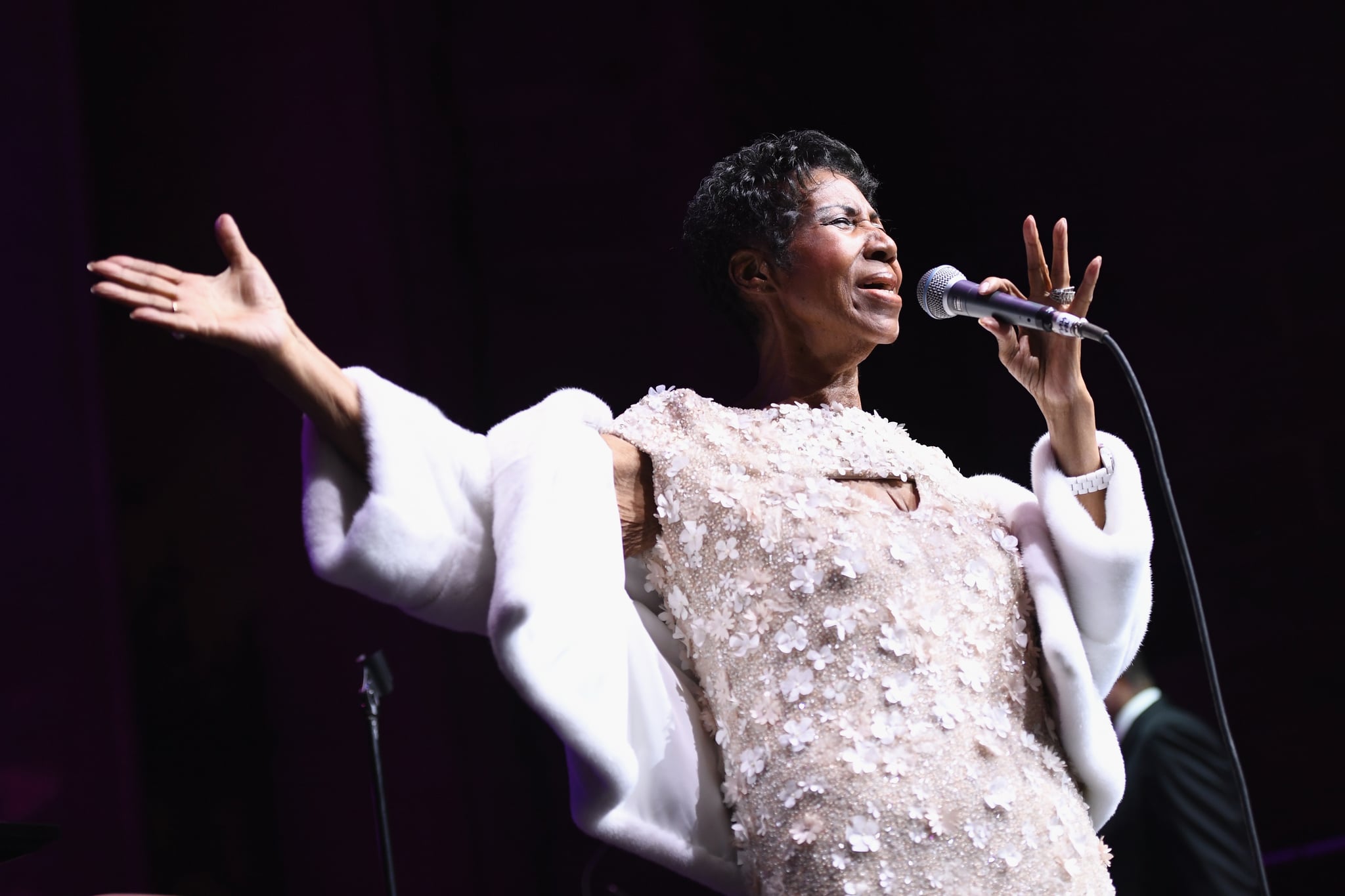 Although Aretha Franklin kept her personal life under wraps, many questions about the 76-year-old "Queen of Soul" have surfaced since she passed away from advanced pancreatic cancer on Aug. 16. According to People, Aretha didn't have an easy upbringing. The mom of four became pregnant with her first child when she was just 12 years old. To make the situation even more complicated, Aretha's mother left the family due to her husband's infidelity when Aretha was only 6 years old — leaving her without a mom to help her navigate the unplanned pregnancy.

David Ritz, a ghostwriter who has published several biographies on the singer, told People that young Aretha definitely didn't have it easy. "She had a tough childhood," he said, adding that Aretha's mom, Barbara, never let on that she was having marital issues. "She put out a picture of her having a happy home and happy children and everything was rosy, and any stories to the contrary really got her mad."

Related:
35 Essential Aretha Franklin Songs You Should Listen to Today

After Aretha gave birth to her oldest son, Clarence, she went back to school, and according to her older sister, Erma, she had a real knack for it: "She was an excellent student who did well in all her classes," she said in Respect, one of Ritz's biographies.

Erma was also quick to point out that despite eventually reaching international fame, being a teen mom definitely had its challenges. Just two years after having Clarence, Aretha became pregnant again with her son Edward. Shortly after giving birth, she dropped out of school for good to focus on her music career, which Erma said led to a life of "silent suffering" for the singer.

"We were part of that generation of young female singers who definitely sacrificed time with our kids to attend to our careers."

Rather than leaving Aretha to parent on her own, her grandmother, known as "Big Mama," stepped in to help raise Clarence and Edward. And although Aretha was extremely tight-lipped about who Clarence and Edward's fathers were, Ritz confirmed in the singer's 2014 biography that Clarence's dad was Donald Burke, a boy Aretha knew from school.

Aretha gave birth to her third son, Teddy, after marrying his father, Ted White, at age 19. But they split up in 1969 after allegations of domestic abuse surfaced in the media. According to an article published in Time in 1968, Ted "roughed her up" more than once. Aretha had her fourth son, Kecalf, in 1970 with Ken E. Cunningham, her road manager at the time.

Related:
A Look Back at Aretha Franklin's Soulful 76 Years of Life — in Pictures

Erma told David Ritz that her sister's struggles with motherhood and fame were mostly due to the generation they grew up in.

"We were part of that generation of young female singers who definitely sacrificed time with our kids to attend to our careers. We did so knowingly," said Erma. "We also did so with heavy guilt."