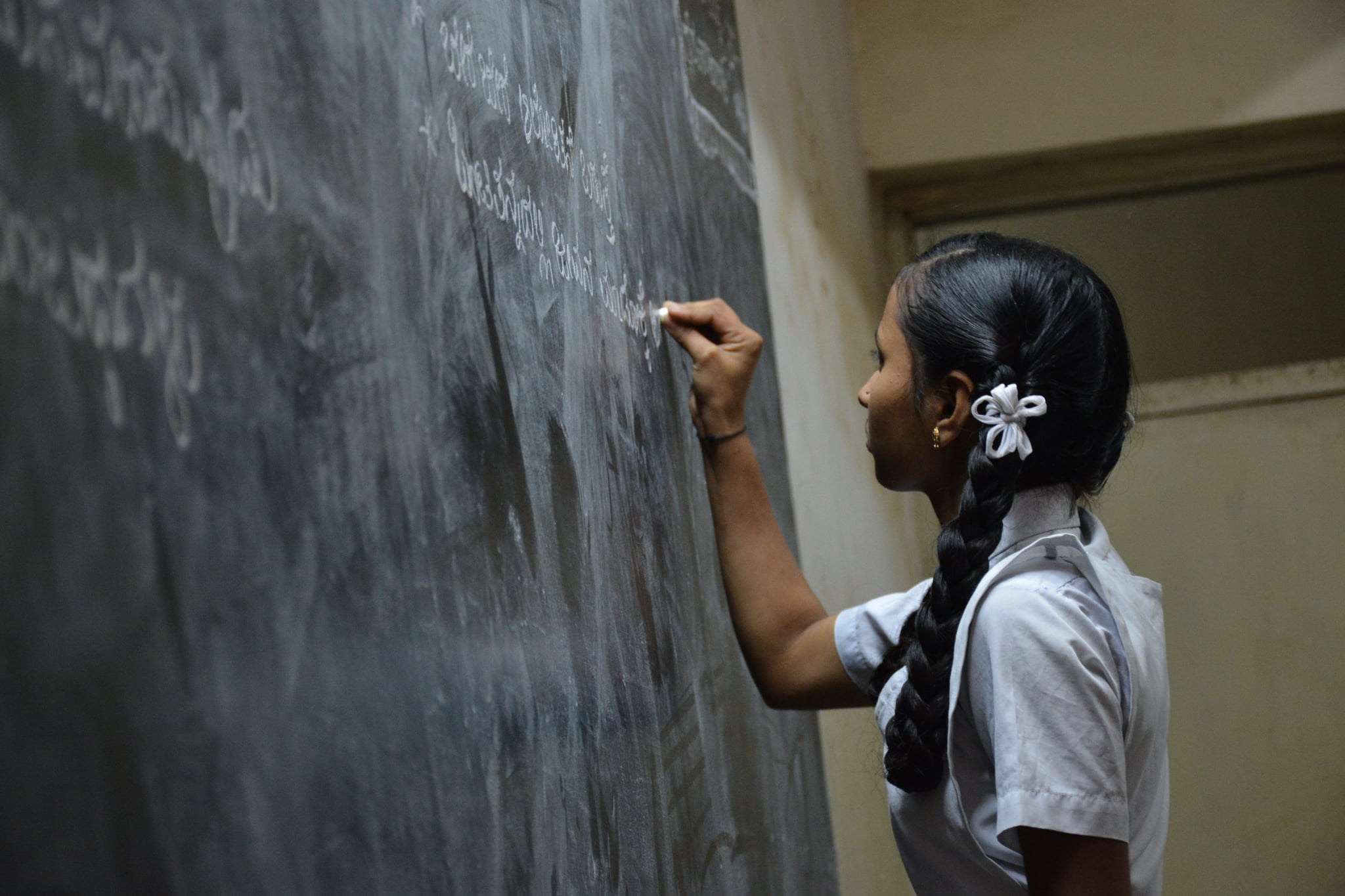 After the Parkland, FL, school shooting at Marjory Stoneman Douglas High School, a little boy broke his mom's heart when he bravely stated that he offered to put himself in a dangerous position if there were ever an active shooter in his school so that he could protect his friends. Now, following the shooting at Santa Fe High School in Texas, a young girl has shocked her own mom, Maria Dee, in the same way, by writing a persuasive essay asking her school to hold ASL courses for everyone.

Daughter's class is writing persuasive essays. She wants to convince the school to have ASL courses.
So that in a lockdown situation, the teachers and students can communicate with each other and trap the shooter as well as not be killed.

"Third grade," the mom wrote at the end of her tweet following the explanation of the goal of her daughter's essay, and you can practically feel the heartbreak and heaviness she's feeling through reading that fragmented sentence. Maria added, in a reply to her own tweet: "She already goes to a bilingual immersion school, so I thought she was going to speak to a trilingual curriculum. My jaw dropped when she started talking about school shooters."

Another woman replied to Maria as well, sharing that her grandson had been asking for a cell phone but not to text his friends or play the latest trendy games. "Grandboy wants a cell phone," she wrote. "When asked why: so he can call his parents or me if there's an active shooter." Maria responded: "So sad and terrible. They live under a cloud of fear."

This sweet girl's compassionate idea is just more proof that something needs to change to help prevent gun violence in our country's schools — our kids should be allowed to dream of so much more than what they'd do in the case of an active shooter in their classrooms.