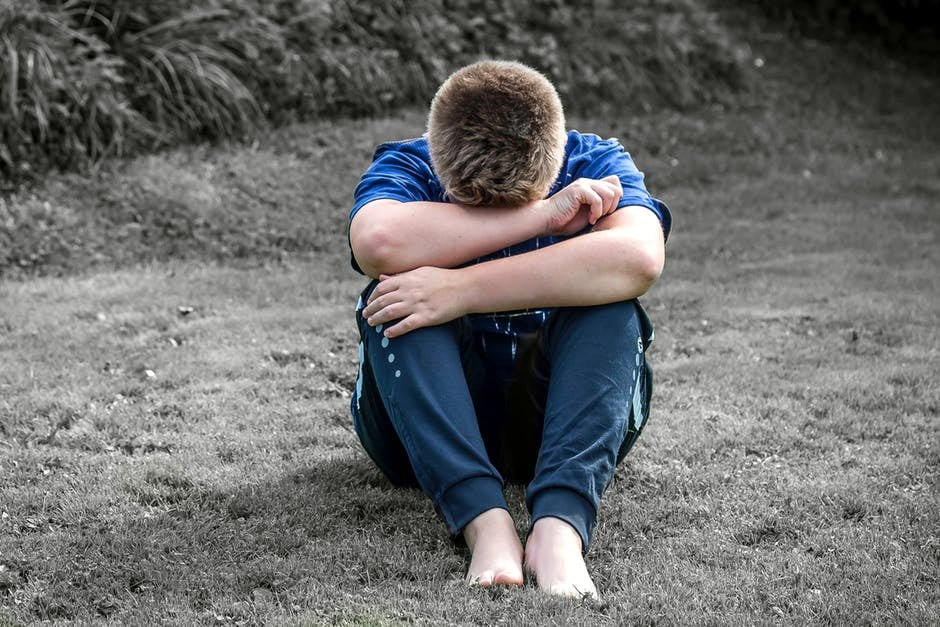 Being a kid today is hard. In the age of social media, bullying is just one click or comment away. And oftentimes when we think of bullies, it's easy to forget they're still just kids, ones who are probably going through something hard that's causing them to act out. As a mom, I've always told my kids to stand up to bullies, even when they're not the ones being targeted. And my very quiet son recently found the courage within himself to do just that, but in a gentle and kind way, and I've never been prouder.

My son came home from first grade one day complaining about a kid in his class that was bullying and taunting others on the playground. The boy kept running up to the other boys and pinching their chests, squeezing and pulling them until they shrieked in pain. "Tits, tits, tits!" the bully yelled over and over again. After a few days of this happening in a row, my son finally told me what was going on.

Related:
This Father Spent An Afternoon With His Son's Bully, and the Story Will Absolutely Wreck You

My son remained calm and treated the young boy as person — not just a bully.

Not only did I have to explain to my son what "tits" were, I also had to explain how this term can be incredibly degrading to girls and women. "I didn't know, Mommy!" he said as his eyes welled up with tears. He thought he was in trouble because he had repeated it, but I immediately reassured him that he wasn't. "I know, honey," I said, "I'm just glad you told me so that we could have this conversation."

That conversation then turned into one about standing up to bullies and what that looks like. After telling him to look for the closest adult to help defuse the situation, I also encouraged him to take action himself. "If this kid says and does this again, even if it's not you, you can tell him to stop." "OK, Mom," he said. "Got it."

I honestly didn't think he would say anything to the boy, because my son is often very reserved and quiet. He doesn't like to stir the pot nor does he like to be the centre of attention, but after school the next day, he told me what had happened. "Mom, I told the boy that he needed to stop saying that word because it was disrespectful to girls. I wasn't mean to him, though," he said.

Related:
I Used to Be a Bully, but Having the Roles Reversed Changed Everything

After chatting more, I found out that my son remained calm and treated the young boy as person — not just a bully. Instead of retaliating with more hurtful words or physical violence, my son explained to him how and why his actions were hurting people's feelings. And the bully backed off.

My son taught me a huge lesson that day. While I had simply told him that he should stand up for others whenever he feels like he should, he did it with kindness. As parents, we often forget to do this because we get so riled up (often rightfully so) that our child was bullied, but my son's actions reminded me that behind any mean words is a child. I'm proud of my son for standing up to the bully the way he did. He reminded me that we can always learn something from our children if we listen close enough.