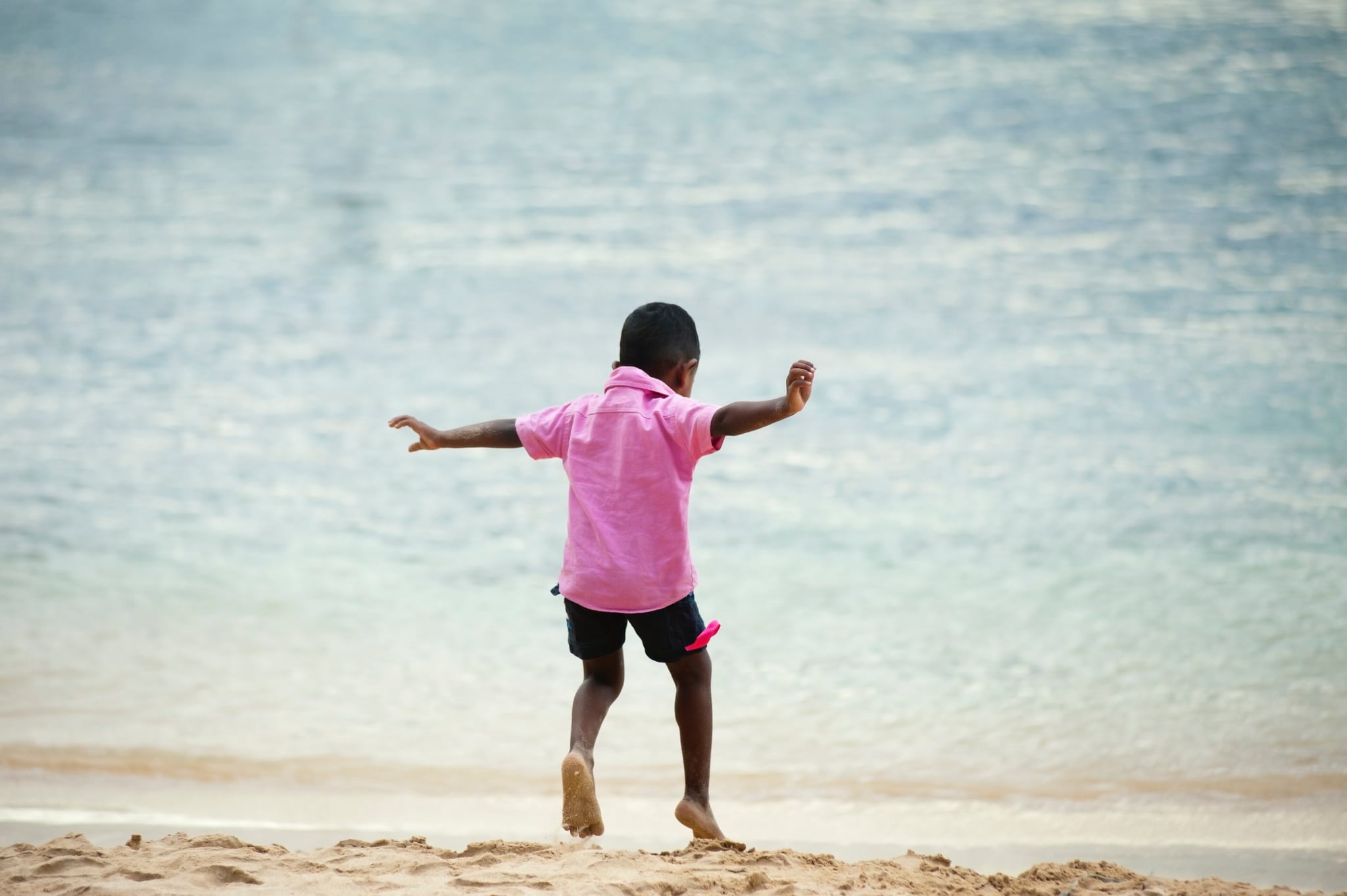 Last Spring, I was lamenting to a friend that my 3-year-old son had not a single pair of shorts that fit him. Last year's weren't even close, and even the few pairs I had purchased for our Christmas beach holiday were too short and tight. We live in the Chicago area, which tends to turn from Winter to Summer overnight, giving me little notice before warm-weather clothing wasn't just optional, but an absolute requirement. No kid wants to wear sweatpants when it's 82 degrees with 90 percent humidity outside.

"Oh, I mom hacked that problem a long time ago," she told me. I was intrigued. Was there a secret shorts stash somewhere in our area that no one had told me about? Or perhaps she'd figured out a way to stretch out last year's shorts in the washing machine? It turns out her genius ideas was a lot simpler. "Cut off all his sweatpants, and voila, you have shorts," she told me.

Related:
This 1 Simple Hack Is Why My House Is Always Clean

I have to admit, I was kind of shocked I hadn't thought of the solution myself. After all, almost every single pair of his pants were, at that point, featuring either threadbare or ripped knees after a season of tough wear, meaning they'd all probably end up in the garbage instead of the donation pile. I was thrilled to give them a second life, and moreover, I'd seen pairs of cut-off sweatpants at multiple stores selling for $20 to $30. Three pairs in, and I could justify buying myself a new pair of shoes.

I went home and immediately got out the scissors. I had him try on one pair that was still in pretty good condition so I could cut them off at the appropriate spot, but for most of them, I simply hacked them right above where they were already torn or worn out. I have to say, every single pair turned out even better than I expected, and he lived in those shorts all Summer long.

I was so pleased with my hack that I moved on to my daughter's outgrown-pants stash. Leggings became bike shorts she could wear under dresses, and jeans easily turned into cut-offs that she adored. All told, I ended up cutting off about a dozen pairs of pants into shorts, and my kids wore every single pair all Summer long. So, moms, before you throw out those worn-out sweats, jeans, and leggings with yesterday's slime, consider giving them a second, shorter life. Then take the money you saved on buying your kids a new Summer wardrobe and buy yourself one instead.