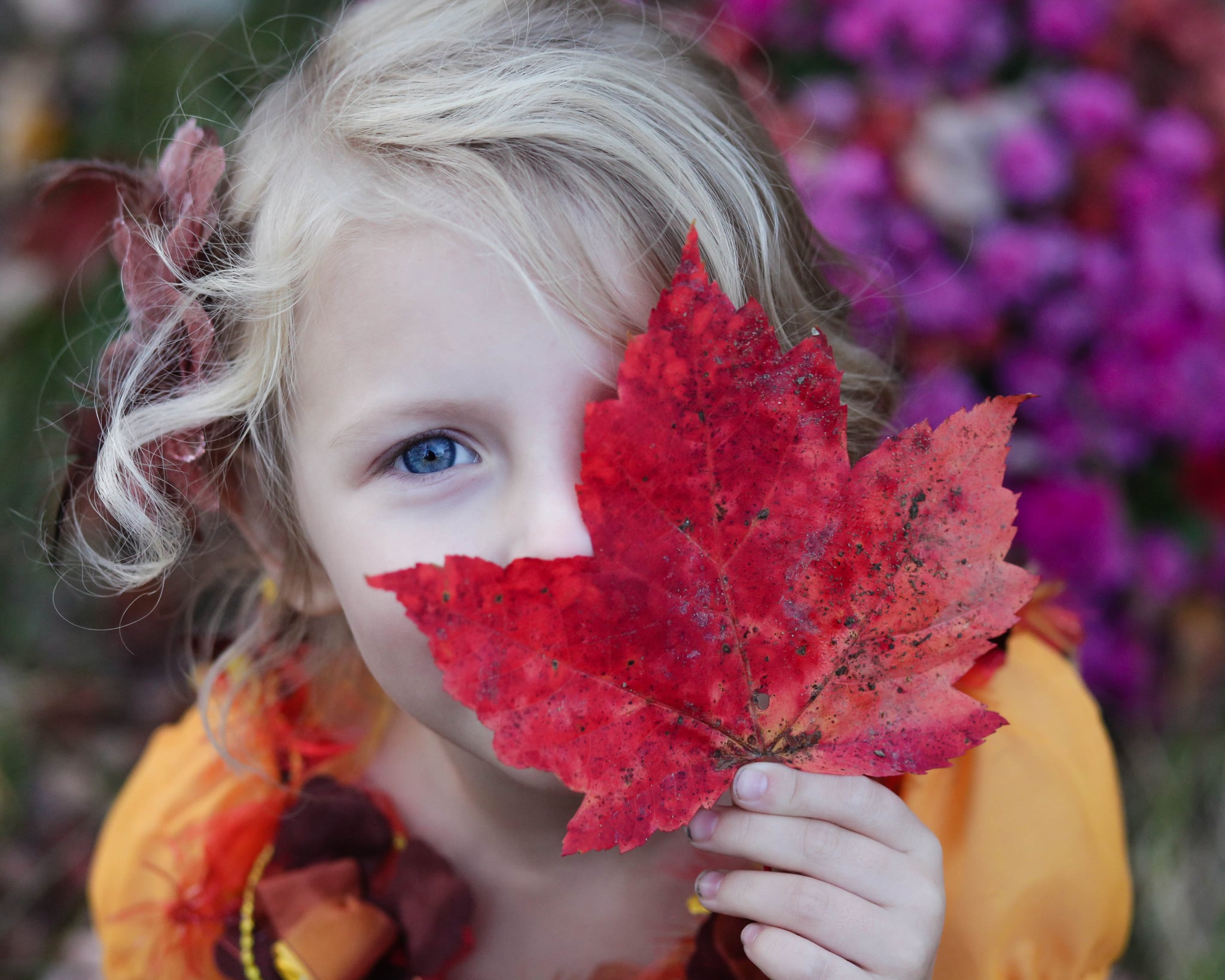 Kidnapping. It's every parent's worst nightmare. Whether you're a brand-new parent or a consummate pro at keeping little ones safe, we all share this universal fear.

When I was writing a novel about kidnapping, I conjured up worst-case scenarios in my head. I spent many hours in a daze creating a story about a 5-year-old who goes missing from her own backyard. When I was done for the day, I would check on my then-5-year-old in our backyard, where I was met with the familiar and comforting sight of her. My daughter hadn't vanished . . . yet.

When I decided to write Not Her Daughter, I wanted to turn kidnapping on its head. Is it ever justified? Could you take a child to possibly save them? As I created these characters and moral dilemmas, I disappeared into the bubble so many authors experience: complete obsessive immersion.

Related:
I Used to Judge Parents Who Put Their Kids on a Leash . . . Until I Had My Son

In today's oversaturated world, kidnappings aren't the "news" they once were. AMBER Alerts are forgotten with the swipe of a finger, there are no more children on the backs of milk cartons, and entire communities rarely come together to search for one missing child. As I researched the statistics of missing children in the United States — 800,000 per year — I began to thank God that I only have one child to keep up with. One child to keep safe.

When I finally shook myself free from my research and novel, I felt my nerves untangle. I'd written a book about kidnapping and nobody went missing! My child was still safe! She didn't disappear! That is until one fateful morning when my husband took my daughter to school.

Absent. My heart began to pound so violently I feared imminent death from a heart attack. How could my daughter be absent? My husband dropped her off that very morning at 7:55 a.m.

My daughter's school holds 400 children. You're not allowed to walk your child to their classroom, but rather drop them off at the door and let them go. Never mind the exits at the end of each hall and how easy it would be for someone to intercept them and say, "Hey, come with me, sweetheart." We've spoken extensively to our child about stranger danger and what she should do; however, my daughter's consistent response — "Kick them in the penis!" — would certainly work as well. It's a fine balance between scaring your child but not scaring them too much.

When I think back to that day, I couldn't tell you what uniform she was wearing or how her tangled hair was styled. I remember being in a hurry and practically rushing her out the door so I could drink my damn coffee in peace and start my day. How many days had I rushed her out the door? How many days had I given her a quick kiss and a hug instead of really drinking her in?

That day, I took a noon hot yoga class on the other side of town. When I emerged after 1 p.m., sweaty and relaxed, I saw that I had a missed call from a local number. When I listened to the voicemail, my heart suddenly sank into my stomach. An automated message from my daughter's school began to play. It told me in what seemed like slow motion that my 5-year-old was absent that day.

I sat in the car, phone clutched in my sweaty palms, and replayed the message. Absent. I had that singular thought that parents who've lost children must think: This is really happening. My heart began to pound so violently I feared imminent death from a heart attack. How could my daughter be absent? My husband dropped her off that very morning at 7:55 a.m. I checked the clock. It was now close to 1:15 p.m. They'd waited this long to let me know?

Related:
7 Nonnegotiable Rules of the Playground That Every Parent Should Follow

I calculated how long a kidnapper would have to get away with my daughter. How far they'd be, how virtually impossible it would be find her. I once read a statistic that said if you don't recover the child in the first five hours, they're not coming back again. It had already been five hours. Would I really never see my daughter again?

I frantically called the number back but couldn't get a human on the phone. I dialed my husband's cell over and over again until he answered in a muffled tone to let me know he was in a meeting. When he answered, I screamed that our daughter was absent from school. She wasn't there! She was missing! I told him to meet me at the school before hanging up and frantically calling my daughter's school while speeding like a bat out of hell to get across town.

Horrid thoughts consumed me. She's gone. You'll never see her again. Did you tell her you loved her this morning? Why did you throw her gingerbread man out the window when she was throwing a tantrum? What is she wearing? Did you bring this on yourself by writing about a kidnapping? God, I love her. I love her more than anything in the whole world and I'll never lose my temper again if you just bring her back to me.

In Not Her Daughter, 5-year-old Emma Grace Townsend is kidnapped by successful entrepreneur Sarah Walker. Sarah is kind (but a bit batsh*t crazy to take someone else's child). Emma's real mother, Amy, is gruff, mean, and physically and verbally abusive. She's tired. She's not really present with her child. As I squeezed the steering wheel and waited for someone to pick up, I wondered which mother I was more like — Amy or Sarah?

I thought about every bad thing I'd ever said to my daughter; how sometimes this sweet little angel of mine pushes me to the brink of insanity. How our children see the ugliest parts of us, but also the most beautiful. Which one was I this morning? Which one would she remember?

Someone at her school finally answered, and I frantically relayed that I'd just received a call that our daughter wasn't at school. The woman had the audacity to put me on hold. Those moments were the most excruciating of my entire life. She's there. She's not there. She's missing. She's fine. Finally, the woman came back on and said, "I'm so sorry . . ." and I remember almost blacking out before she completed the rest of her sentence. "She's in class. I'm looking right at her," she said. I couldn't believe it. "Are you sure it's her?" I answered. "Let me talk to her!" "It's her. I'm sure."

I thought about every bad thing I'd ever said to my daughter; how sometimes this sweet little angel of mine pushes me to the brink of insanity. How our children see the ugliest parts of us, but also the most beautiful. Which one was I this morning? Which one would she remember?

I would not believe my daughter was really there until my husband and I laid eyes on her. Until we crushed her sweet little body against our chests and looked into her gorgeous eyes. We both pulled up to the school and raced inside to get proof — and to get to the bottom of this ridiculous error. Apparently, when our child had crouched down to put away her lunchbox and backpack that morning, her teacher had somehow marked her absent and never corrected it.

To say we were relieved was an understatement. It was all a misunderstanding. The promises I made to never lose my temper again immediately vanished as real life set in again. But then, months later, we lost her at Target. One moment she was there, calling to us every five seconds from the toy aisle as my husband and I looked at pillows in the adjacent aisle. The next moment, she was literally gone, and my husband and I were running and screaming through the store to find her.

It's really happening this time, I remember thinking. You were so busy looking at overpriced pillows, and now your daughter is gone.

The security guard reviewed the tapes, but I was too afraid to ask what they were looking for. Ten agonizing minutes of searching for our girl, and we still couldn't find her. Finally, a lady said, "Is this her?" and pointed to my daughter at the entrance to the store. I dropped to my knees and squeezed her so hard I could feel her sturdy bones beneath her skin. "I couldn't find you," she insisted.

I held her little body and told her she could never do that again. That she knew where we were. That she was supposed to stay in the toy aisle! She started crying, and I realise now it was our mistake, not hers. Kids wander. That's what they do. There's no pillow on earth worth taking your eyes off your children for — even for a second. Because a second is all it takes.

After two scary events, I don't rush her out the door anymore. I memorize her ever-changing face, her smile, her goofy permanent teeth that are twice the size of her baby teeth. I drink her in.

While those treacherous moments when I thought she was gone can't be undone, I'm learning to savor the moment. To put down the phone. To pay attention to my daughter, to love my daughter, to remember my daughter before she's grown, and the fears and joys of childhood are nothing but a memory.

Rea Frey is an author and journalist who has appeared on Talk of the Town, Today in Nashville, WGN, and FOX. Her debut novel, Not Her Daughter, was released by St. Martins Press in August 2018 and has been optioned for film. When not reading, writing, or eating, you can find Rea with her family, travelling, or doing handstands. To learn more, visit reafrey.com. 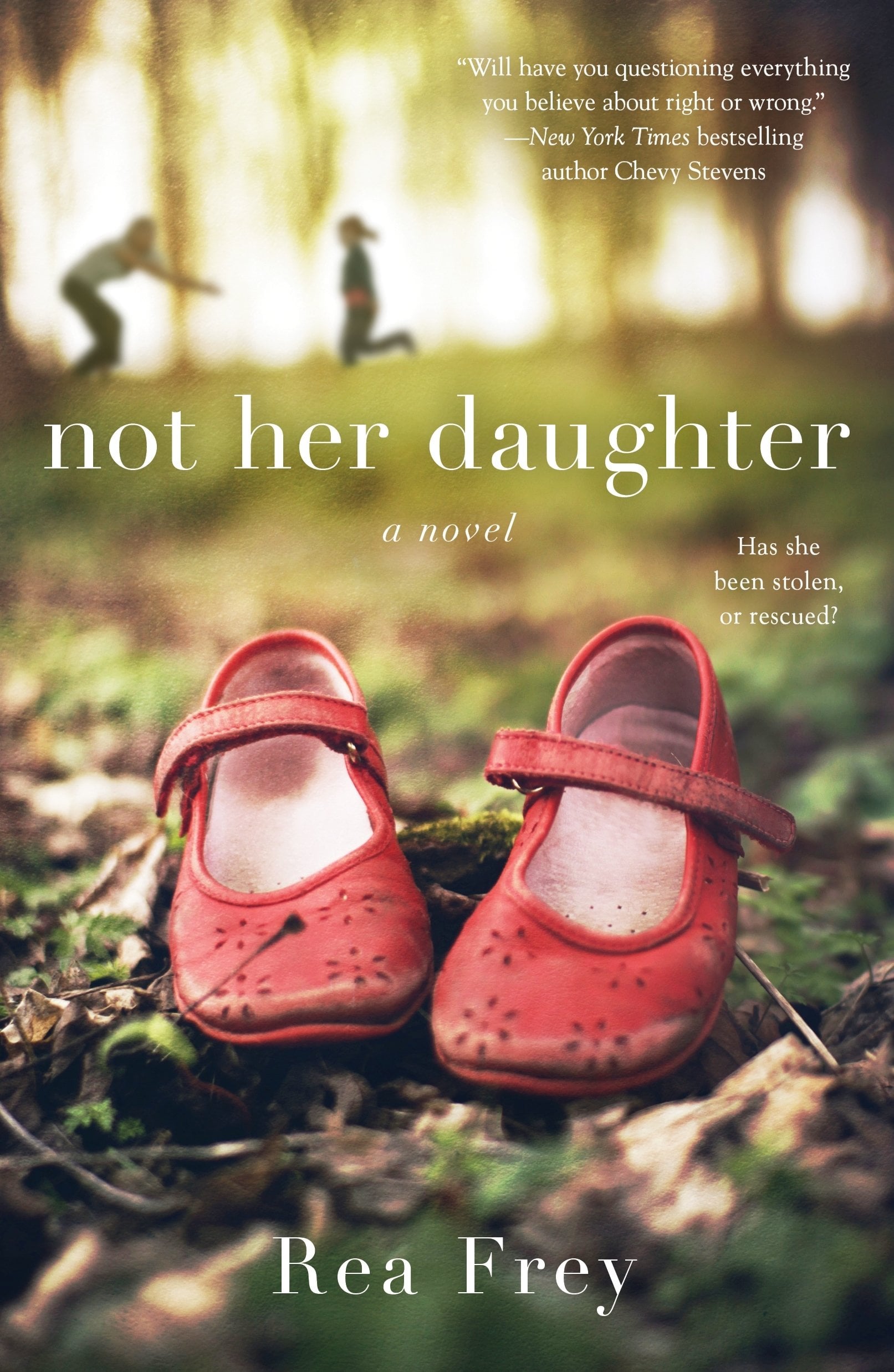