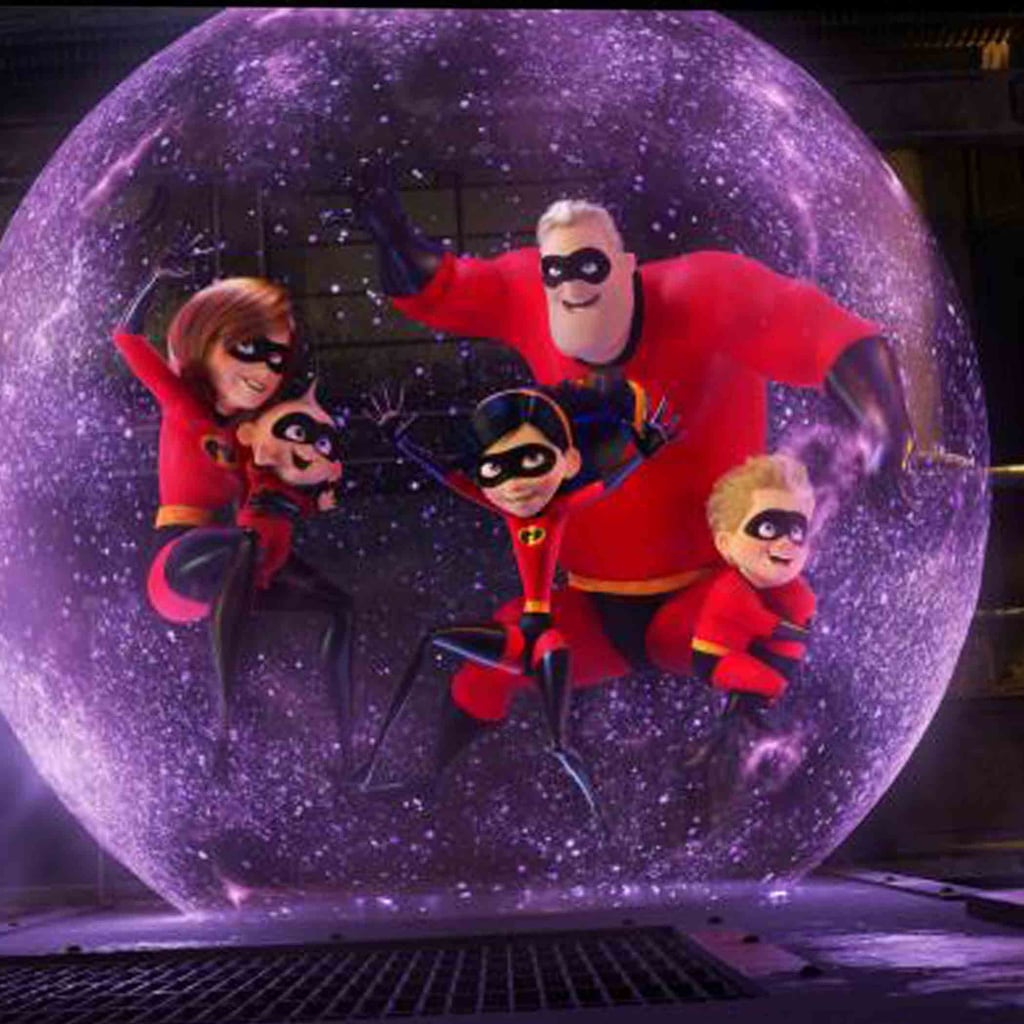 After patiently waiting for 14 long years, fans of the original Disney/Pixar creation, The Incredibles, are seriously in for a treat with the franchise's highly anticipated sequel, The Incredibles 2, which hits theatres on June 13.

While many sequels don't quite live up to their predecessor, let us assure you, The Incredibles 2 completely blew us away. And how could it not? It's full of action-packed superhero scenes, jokes that are perfectly tailored to both kids and adults, and a kickass villain to boot.

Related:
19 Toys Inspired by The Incredibles 2 That Will Make Your Kids' Superhero Dreams Come to Life

Having a grade A cast of characters and voice actors doesn't hurt, either. With many stars returning to play their original roles — such as Craig T. Nelson (Mr. Incredible), Holly Hunter (Elastigirl), and Samuel L. Jackson as Frozone — the movie delivers in a big way. There are also a few new familiar voices joining the cast, such as Sophia Bush (Voyd), Jonathan Banks (Rick Dicker), and Bob Odenkirk (Winston Deavor) — hello, Breaking Bad fans.

Although your little ones might not give a hoot about who voices which character, there are plenty of other reasons to take them to see the latest Disney/Pixar instalment. Scroll through to see what's in store for your superhero-obsessed kiddo.

by Grayson Gilcrease 21 hours ago