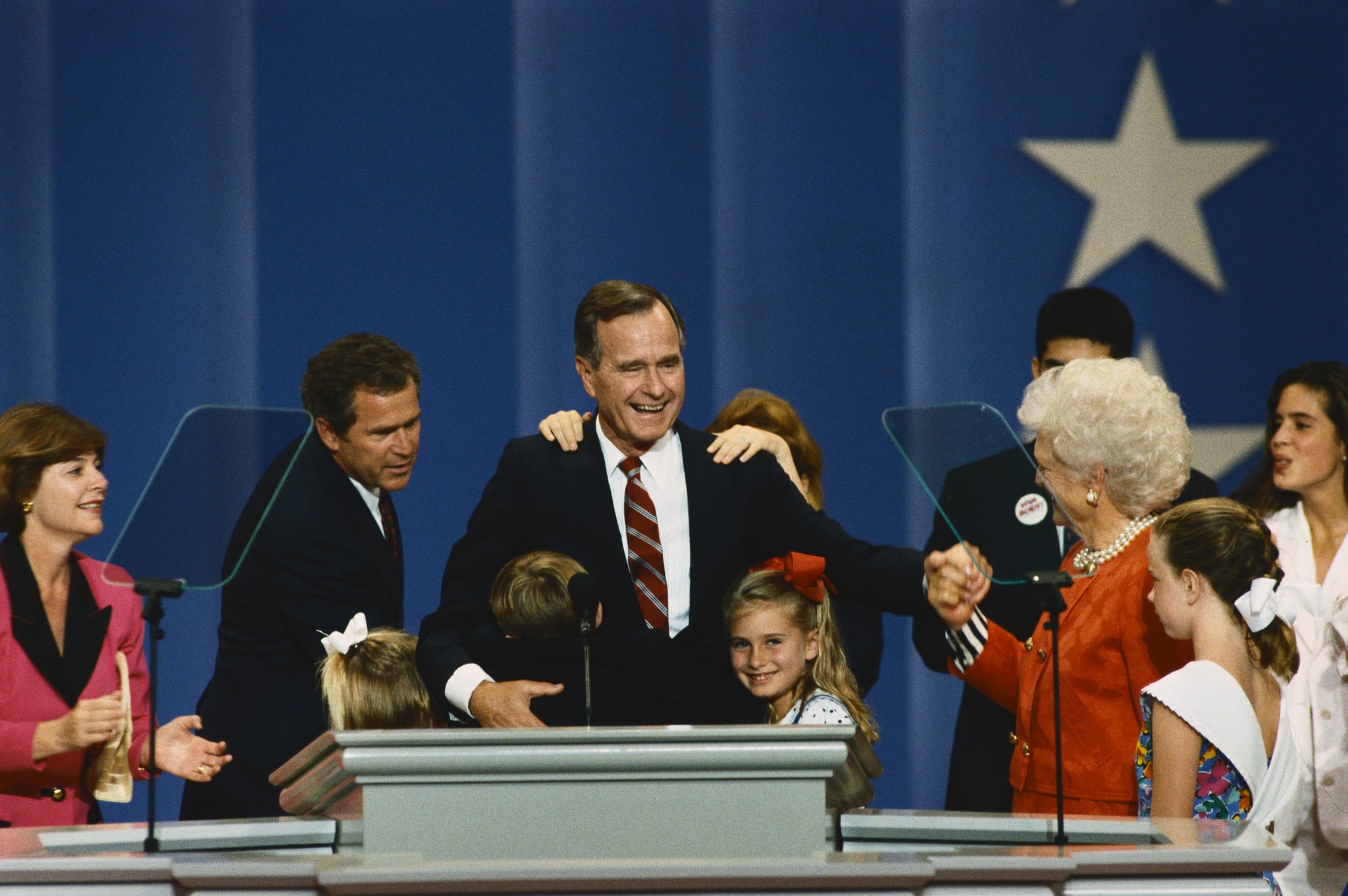 Jenna Bush Hager and her twin sister, Barbara, are reflecting on George H.W. Bush following his passing on Nov. 30. To the two women, the 41st president was simply "Gampy," and the weight of his loss for the entire Bush family, just seven months after his wife Barbara's passing in April, is heavy.

"I think we're both heartbroken," Barbara told Today's Savannah Guthrie. "[His death] came as such a shock and we miss him already, very much, because he really was the centre of out family. And yet, I think I also get a lot of joy knowing that he's with our grandmother now . . . He was looking forward to being reunited with her." Barbara shared that she thinks their father, George W. Bush, is also feeling at peace with that knowledge.

George W. penned a eulogy for his dad, which he delivered at his funeral on Dec. 5. But before sharing it with the nation, he read it to his daughters. "How can you tell a man as giant as our grandpa was how much you love him? It's a tall order," Jenna said of her dad's task in writing the eulogy. Barbara added, "He lost his father and is also devastated, so to be able to get through the eulogy without breaking down is something else that he's working on."

When Savannah noted that over the years, she's seen Jenna shed a tear while speaking fondly of her grandpa, Jenna said that the tears have always been of joy, because despite who he was to the nation, she "really never thought of him as anything besides our grandpa . . . It amazes me that he was so with us and so present. And I have so many memories just playing and being with him. In none of them did he ever need to cut playing with us short because of work."

"Gampy had to get to Gammy so they could decorate their Christmas tree."

Jenna also shared that she's so grateful her own children, 5-year-old Mila and 3-year-old Poppy — who is named after George H.W.'s childhood nickname — got to know their great-grandfather. Mila, wise beyond her years, has been putting the loss into perspective for her mom. Jenna said that when she wondered aloud to her husband how her grandpa's death could come so close to Christmas, Mila took the sad comment and turned it into something beautiful. "Mila said, 'Well, of course, it's happening right before Christmas. Gampy had to get to Gammy so they could decorate their Christmas tree.' And I thought, You know, from the mouth of babes, because [my grandparents] had never spent a Christmas apart in their whole 73 years, 74 years," she said.

Hear the sweet interview in its entirety below.