Kim Kardashian and Kanye West confirmed in January that they're expecting baby number four via gestational carrier — a different surrogate from the one who delivered Chicago, however — sometime in early May, and wow, four babies! In an appearance on The Tonight Show Starring Jimmy Fallon, Kim opened up about why she initially stressed about adding another baby to the crew, but why now she's so ready for baby number four (who is a boy!).

"I was kind of stressing. My house is so full, but I heard that parents of four are the most enlightened and calm of all parents," Kim told Jimmy. He appropriately responded: "Really?! Oh my gosh."

Jimmy recovered from his general shock — we all know he was thinking what we're thinking, something along the lines of, "Oooh, girl, I hope your source is correct for your sake!" — and noted that with just two kids he feels stressed and tired all the time. "From one to two felt like one to 20. That was harder than two to three for me," Kim said. "I feel like four is going to be really even though. Right now it's like me with two, always, and Kanye just has one, so he's still living his life."

Speaking of Kanye, Kim shared that her 5-year-old daughter North — who is finally getting along with her 3-year-old brother, Saint, which Kim says is "the best moment as a mom" — is just like her daddy in one hilarious way: she can fall asleep anywhere. Jimmy held up a photo for his audience of North asleep on Kanye's shoulders, her head resting atop his, where she apparently stayed for 30 minutes.

"If you know anything about Kanye, you know he can sleep anywhere," Kim said. "Any place I take him, he's snoring. He left me in a restaurant once in a meeting for him in France — I didn't even understand, they were not even speaking English — he falls asleep at the table. The worst. So she definitely is him."

She was actually sleeping like this for a good 30 minutes pic.twitter.com/YfL5KIMSTP 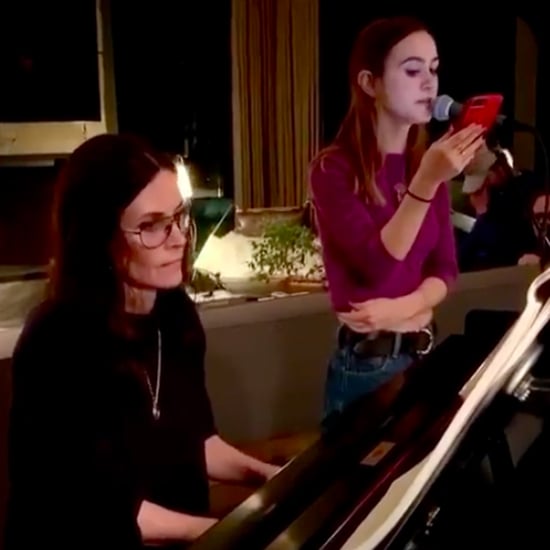 Celebrity Instagrams
Courteney Cox Bribed 15-Year-Old Coco to Sing "Anyone" by Demi Lovato, and It Was Worth It
by Karenna Meredith 2 weeks ago 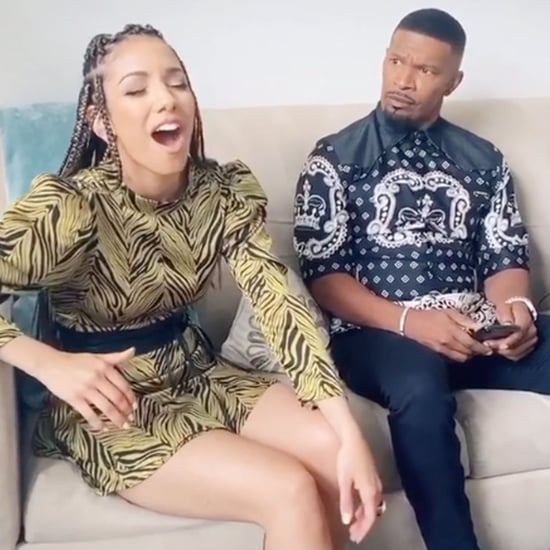