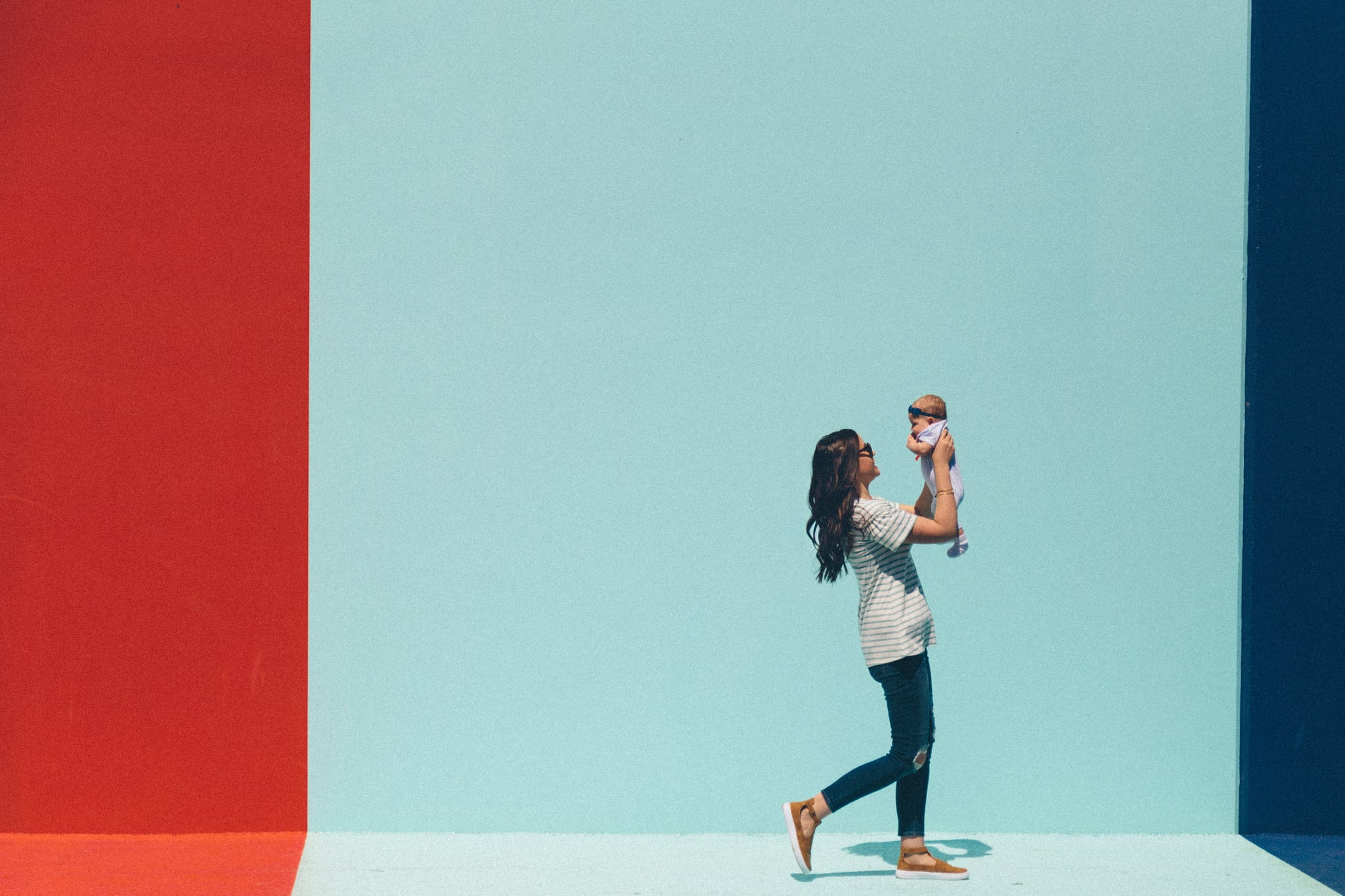 Growing up, I always envisioned having two kids. Ideally I'd have a boy and a girl, just like my parents did. I loved having a younger brother, someone who was an accomplice in all our childhood mischief, a best friend who I could turn to during adolescence, and a built-in babysitter for when I'd have kids of my own. Plus, we never had to worry about fighting over clothes or boys, just over the good snacks.

My boyfriend, however, is the oldest of four kids and the only boy, so he always envisioned having a big family like his. He had a head start, too, with our nine-year age difference and a child from his previous relationship. One of our first serious conversations was about the number of kids we wanted, and back then, I was happy that we both agreed on having two to three. But after giving birth to our first daughter, I knew I didn't want to go through pregnancy again. For starters, I had severe morning sickness (hyperemesis gravidarum) throughout the first two months of my pregnancy, so to say I'm not excited to relive that is a huge understatement. And second, giving birth was brutal. I thought that because I was young, I'd be able to have a "regular" birth, even if it meant long hours in labor like my mom had. Plus, all of my immediate family members had smooth deliveries, so I didn't have anyone to really prepare me for a different outcome. And mine was so, so different.

Related:
This Is What It's Like to Be an Outsider in Your Own Family

Sometimes I feel like I tricked him into believing we'd have a big family, but how would I have known my feelings about pregnancy and motherhood would change so drastically?

After more than twelve hours in labor, I wounded up having an emergency C-section because I had developed an infection and my daughter was in danger. I knew after she was born that the chances of me having a C-section performed again for any future pregnancies was very high, and that scared me a lot. Which is why when I told my boyfriend a few months later that I wasn't planning on having anymore kids, he freaked. He thought it was temporary and stemmed from still dealing with a newborn, but two years have passed and I don't feel any differently. I explained that with his son and our daughter, I already feel like I have the two kids I always dreamed of; I don't feel that I need to give birth to a child to love them like my own. We've even discussed it with our friends who grew up as only children and they've all sided with him. He doesn't want our daughter to grow up alone since she doesn't see her brother regularly. Still, I don't think that's a good enough reason to endure pregnancy again, and however selfish that sounds, I don't care.

I should also note that our daughter has never mentioned wanting more siblings. With the amount of cousins she has around her age, she's often glad when it's time to go back home to just the three of us. As we look to buy a home together, however, we both know that we need to agree on the number of bedrooms we'll need long term, which has been the only real fight we've had.

I will admit that sometimes I do feel like I tricked him into believing we'd have a big family, but how would I have known that my feelings about pregnancy and motherhood would change so drastically? I don't think he understands just how much of a toll pregnancy can take on a woman. Not only is your body in charge of creating and sustaining life, but post-pregnancy, we're often left with a fragmented version of who we used to be.

Related:
My Mother-in-Law Hates Me, and This Is What It's Like to Spend the Holidays Together

Now that we're nearing my birth control implant removal date, we've began discussing what our future looks like . . . again. While I've wanted to get my tubes tied for a year now, my doctor continuously reminds me that I'm too young to have the procedure done. However, my boyfriend isn't too young to get a vasectomy, and if in five years I change my mind (highly unlikely), he can always get it reversed.

For now though, neither one of us has considered this a deal breaker, mainly because we're both optimistic that one of us will cave. I truly believe that as time passes, my boyfriend will realise that he won't have the same energy he once did to start over with a newborn. Not to mention how big the age difference between his first son and a future child would be. But in the case that he continues to want another child, I wouldn't be the one to stop him from making that wish come true — it just wouldn't happen with me. After all, nothing is set in stone, but until then, we can only continue to work on making the other parts of our relationship stronger.