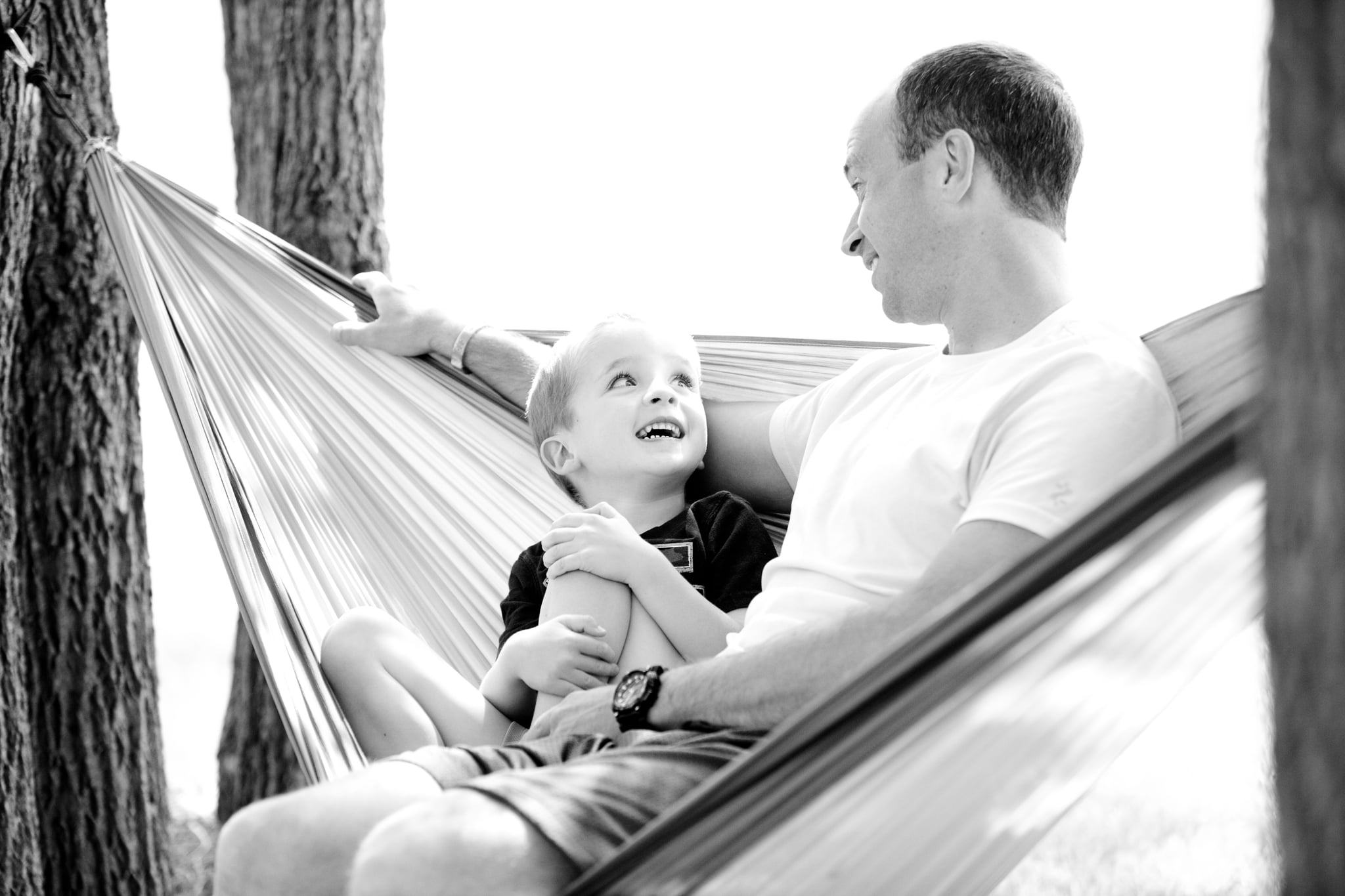 I used to get upset about my son's obvious preference for his father. No mother, who also happens to be her kid's lead parent — meaning she's putting in the freaking hours and earning every grey hair and frown and smile line on her face — wants to play second fiddle to the guy that breezes out at 7:30 a.m. only to return an hour before bedtime. Even if that guy is her husband and a pretty fun dad.

Is my second-class citizen status fair? Absolutely not. But after years of listening to my son scream for dad, and dad alone, in the middle of the night; cry because I, not his father, have been tasked with the huge stack of bedtime stories he's deemed essential to falling asleep; or sadly sigh when it's me, not his beloved daddy, who is home to wipe his bum, I realised something: maybe being the least favourite isn't always a bad thing.

He proceeded to lie in the bathtub, naked and wet, for a full hour, screaming "daddy" over and over again.

Take, for example, last night's display of craziness that only a 4-year-old would engage in. My son was already on the verge of a meltdown because his dad, who was having his doctor check out a suspiciously pink eye given to him by that same kid who would physically fuse himself to his father if it was medically feasible, wasn't home for bath time.

After much cajoling from me and his almost 7-year-old sister and the collection of approximately 75 toys, both water-friendly and decidedly not, he finally agreed to get in the bath, then immediately declared that since I was not his father, I was also not allowed to touch him, only to watch him while he bathed himself. When the first step in his process involved putting several handfuls of shampoo in his dry hair, I decided, independence be damned, an intervention was needed.

We then engaged in a fun game of wrestle bathing, with me trying to soap up every part of him as quickly as possible, while he tried to crawl out of our blessedly tall-sided tub with shampoo streaming down his face, screaming "daddy, daddy, daddy." It was then that I decided our bathroom probably needed some additional tile work because drywall and paint can only take so much splashing.

Once I got him rinsed off, he decided I was still not allowed to touch him, even to hand him a towel. He proceeded to lie in the bathtub, naked and wet, for a full hour, screaming "daddy" over and over again, ostensibly hoping that his father had arrived home at some point. He had not. I checked in with my devil child every five or so minutes, but he wouldn't let me help him out of the tub until he'd been in there so long he was fully dry.

He agreed I could move him to my bed, where he would sit naked watching The Boss Baby until his dad got home. I handed him his pajamas and proceeded to have a lovely evening with his big sister. After she fell asleep, I went back in to hang with my still naked son, explaining, that, no, daddy still wasn't home. "You are not allowed on this bed," he told me. "My bed?" I replied. "I'm not allowed on my own bed? Why?" "Because I do not like you, because you do not have a penis like daddy."

Well, who can argue with that? See, I've realised my son is like one of those weird dogs who has a marked preference for men over women. You can't fight against it. The dog will intuit that you're trying too hard and just run for the nearest Y chromosome. You just have to accept it and wait for their love scraps. And I've learned that even the scraps, when they come from your child, can be pretty tasty.