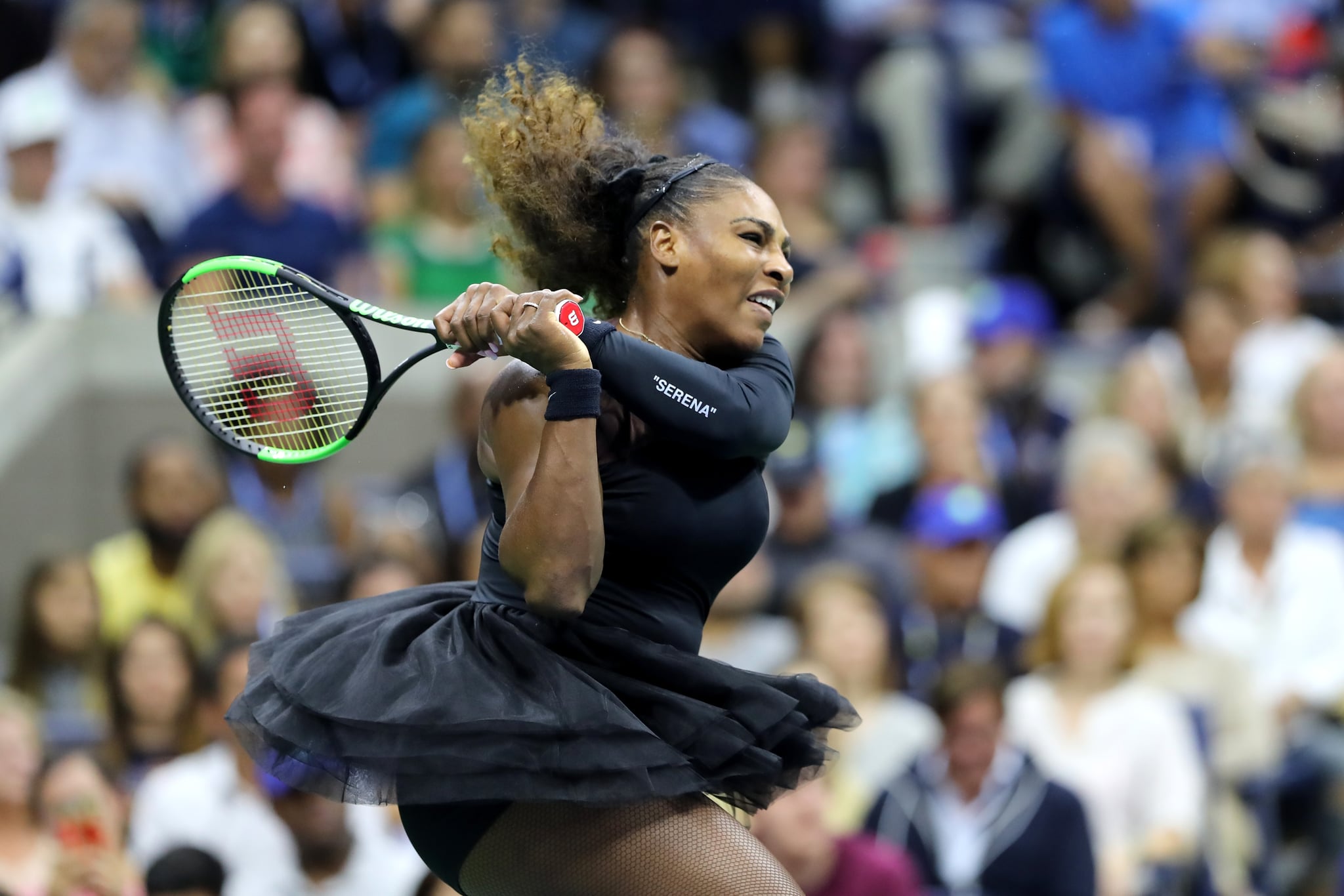 Thank you for paving the way for a better future not only for your own daughter, but for little girls everywhere — mine included.

At this year's US Open, you stood your ground against the umpire in the tense and emotional finals. You called him out for sexism and were penalized for referring to him as a "liar" and a "thief." I watched as you were mistreated. And I watched as you stood up not only for yourself, but for all women. Instead of fighting for what's right, people said you had a "meltdown" and a "temper tantrum." When men act this way, they're revered. If they argue with an ump or referee, then they're passionately fighting for themselves or their team. But if a strong woman does it, she's seen as too damn emotional. I call bullsh*t. And I know you do, too.

Related:
Alexis Ohanian Just Made the Most Inspirational Video For Serena, and I'm Literally Crying

I applaud you for sticking up for yourself. It shows my daughter that she has a right to her dreams, that she needs to fight for what she believes in, and that staying silent is never an option, especially when you want to see real change in this world. You know who you are, and you're not about to let a man tell you differently. That's exactly the kind of role model I want for my daughter. When she watches you, she can know that if she ever feels wronged by someone, she should absolutely speak up. You give that to my daughter. You.

As women, we've been told to be quiet and "behave" for far too long. We've been instructed to listen to authority, appease men, and be seen, not heard. We've been getting louder at saying "no more," and your actions continue to fuel that long-overdue fire. Women have had enough, and I'm thankful for the timing of it. My daughter is only 4, but I want her to see women like you (and me) stand our ground. She'll grow up knowing that her strength isn't something to hide or contain — it's something to be proud of, even if it pisses off other people sometimes.

I hope that because my daughter's still young, actions like yours will make the world she'll grow up in a more equal place. She'll know not to accept it when teachers tell her that when boys are rebellious and acting out, they're "just being boys," but she should learn how to behave and wait her turn. She'll know that her voice and opinion matter. She'll know that nobody can tell her who she is.

So, thank you, Serena, for being a role model to my daughter, even if you don't realise you are. My daughter, and a countless number of other little girls, are watching and listening. And the next time any one of them is treated unfairly, I hope they'll stand up and speak. They, like you, won't be having a "meltdown" or a "temper tantrum." They'll be demanding to be heard, and it's about damn time people listen.