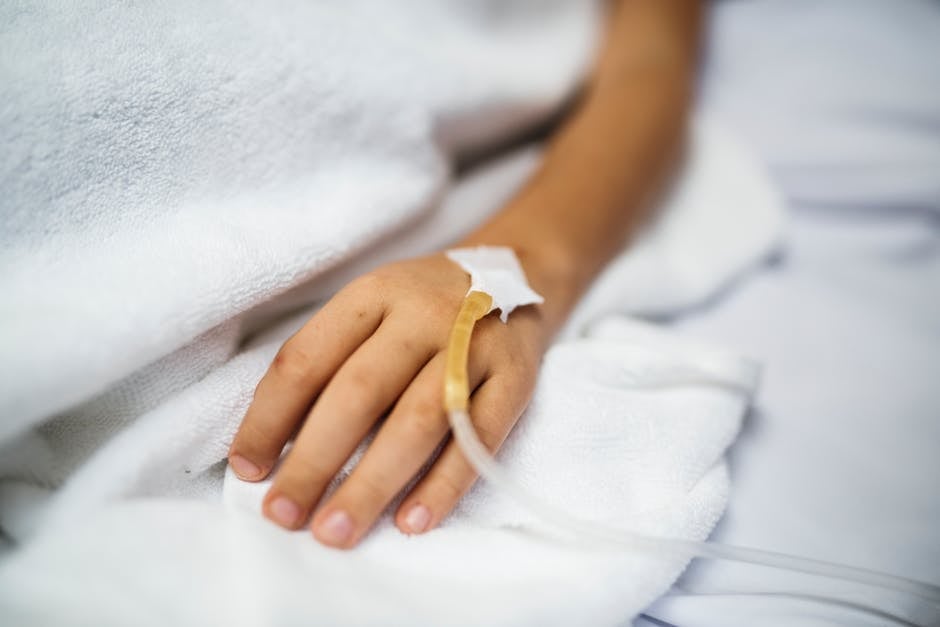 It's hard to admit this, but I think I could have prevented my son's pneumonia if I hadn't ignored one particular symptom he had. He was a typically jovial 2-year-old when he acquired the flu. He had most of the typical symptoms: fever, chills, aches, a runny nose, and a cough. Only, instead of slowly getting better, he kept getting progressively worse.

You see, when I had my son, I was a brand-new mom and had no idea what the hell I was doing. And like many new moms, I often went on Google to try to figure things out on my own before nervously taking my baby into the doctor for the 100th time. And that's exactly what I was trying to do with my son's cold — avoid being that neurotic mother.

I choked back tears so I wouldn't scare my son, but I was terrified. He was admitted into the ICU that night.

But my son's fever wouldn't go away, and his cough moved into his lungs. A week went by, and things took a turn for the worse. His cough kept him up all night. I sat next to him on the couch and as he watched a cartoon while nuzzled in a blanket, I heard wheezing when he breathed in and out. Finally, after ignoring his cough for far too long, I called the doctor.

The doctor listened to his breaths with his stethoscope. "He's wheezing pretty bad," he told me. "I know," I said quietly. "I should have brought him in earlier." "We'll get him better. Don't worry," he assured me. But the worry and the guilt consumed me. The doctor said my son needed an x-ray because his flu symptoms might have settled into his lungs and could have evolved into pneumonia. The results proved that they had. The doctor quickly put my son on an antibiotic, a steroid, and breathing treatments to be done throughout the day. That night, I slept below my son's crib on the floor. I needed to know that his breathing was OK in the middle of the night. But he kept coughing, and his wheezing got worse. I didn't hesitate this time. I picked him up and took him straight to the ER, because his breathing was truly beginning to frighten me.

When we arrived, the nurse took his vitals, and his oxygen level was only at 86 percent. My heart sank. "Do not let him walk or exert any extra energy," she told me. I choked back tears so I wouldn't scare my son, but I was terrified. He was admitted into the ICU that night. He spent three nights there, sharing one room with two other babies. The babies cried all night long, and my poor son continued to wheeze and cough while trying to sleep through the cries and hourly check-ins by the nurses.

Thankfully, with all of the breathing treatments, my son finally got better, but it took a lot longer than it should have. I feel guilty for not following my motherly intuition sooner. I tried to tell myself it was a regular cold, when deep down, I knew it wasn't. Luckily, he healed, but I know I could have saved him from a lot of that pain. I learned to listen to my gut, always. You know when your baby is truly sick, and if your child wheezes or has a barky cough, don't ignore it and write it off as a typical cold. It could save their life.