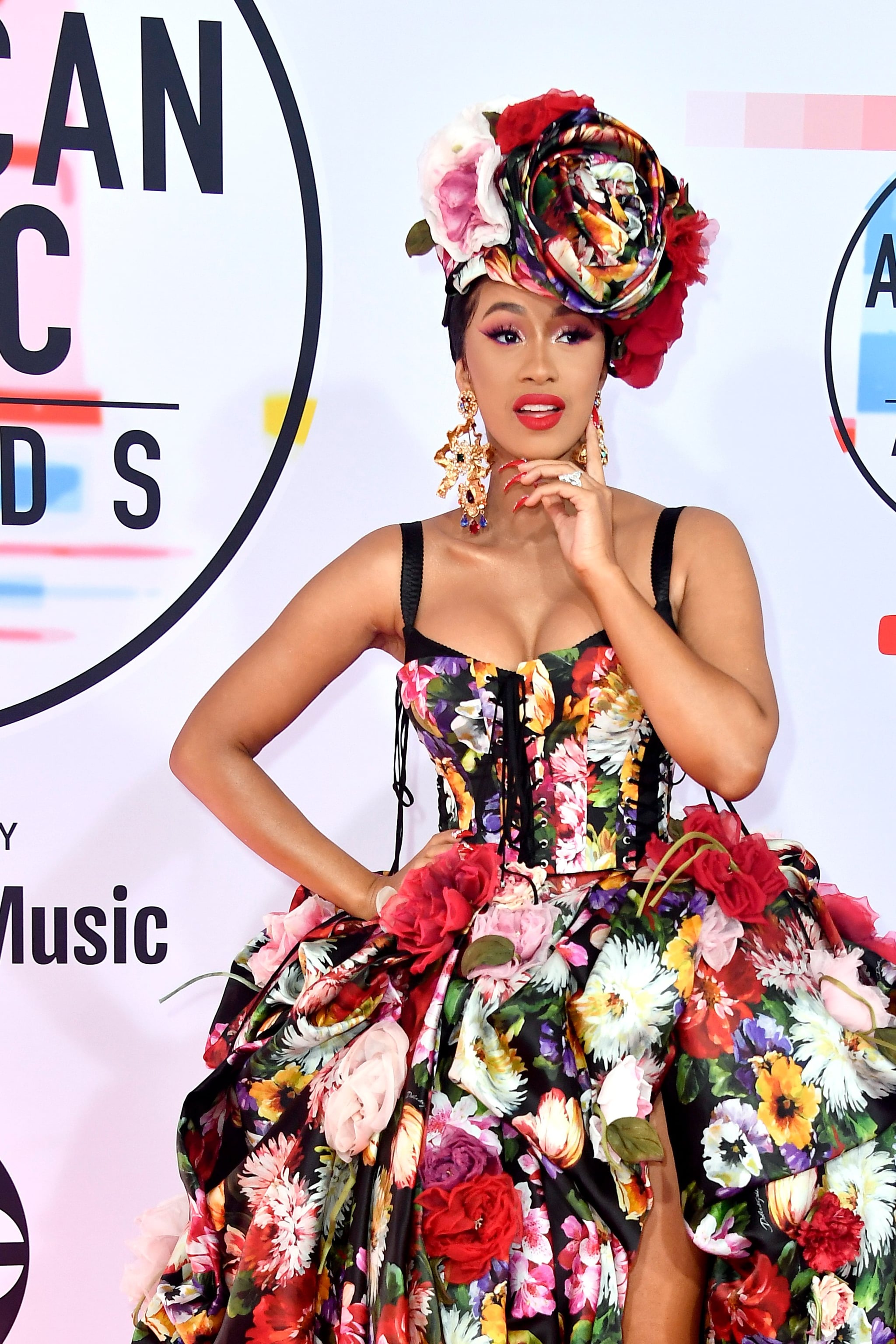 Cardi B loves making money — she even released a whole song about it earlier this week — but there are some things she won't put a price on. Like sharing photos of her four-month-old daughter, Kulture. The "I Like It" rapper appeared on Apple Music's Beats 1 radio show on Wednesday when she revealed that she once turned down a seven-figure deal to release the first photos of her baby girl. "I got offered seven figures — over a million," she told host Ebro Darden. "I'm just not ready yet. I'm not even ready to have a damn babysitter, even though I really need one."

Cardi B and her husband, Offset, welcomed Kulture to the world back in July. The duo has been pretty open about their relationship in the past, but have been extremely private about sharing photos of their daughter — and that's with good reason. Cardi also mentioned during her interview that her number once got leaked, and she subsequently received an influx of messages with threats directed at herself and her daughter. "I got so many disgusting messages that I literally had to hire a private investigator."

Related:
Cardi B Isn't Going on Tour So She Can Spend Time With Her Baby, and Damn, I Respect That

This certainly isn't the first time Cardi has opened up about her decision to keep her baby out of the public eye. She appeared on Jimmy Kimmel Live! earlier this month when she discussed the drawbacks of being a new mom with such a large following. "There's certain things I want to do with my daughter," she told Kimmel. "Like, I want to go to the beach with my baby, I want to take a stroll down the street with my baby. And I can't, because I don't know who's next to me and who has certain intentions. I don't wanna show my baby out to the public right now, I just want to protect her."