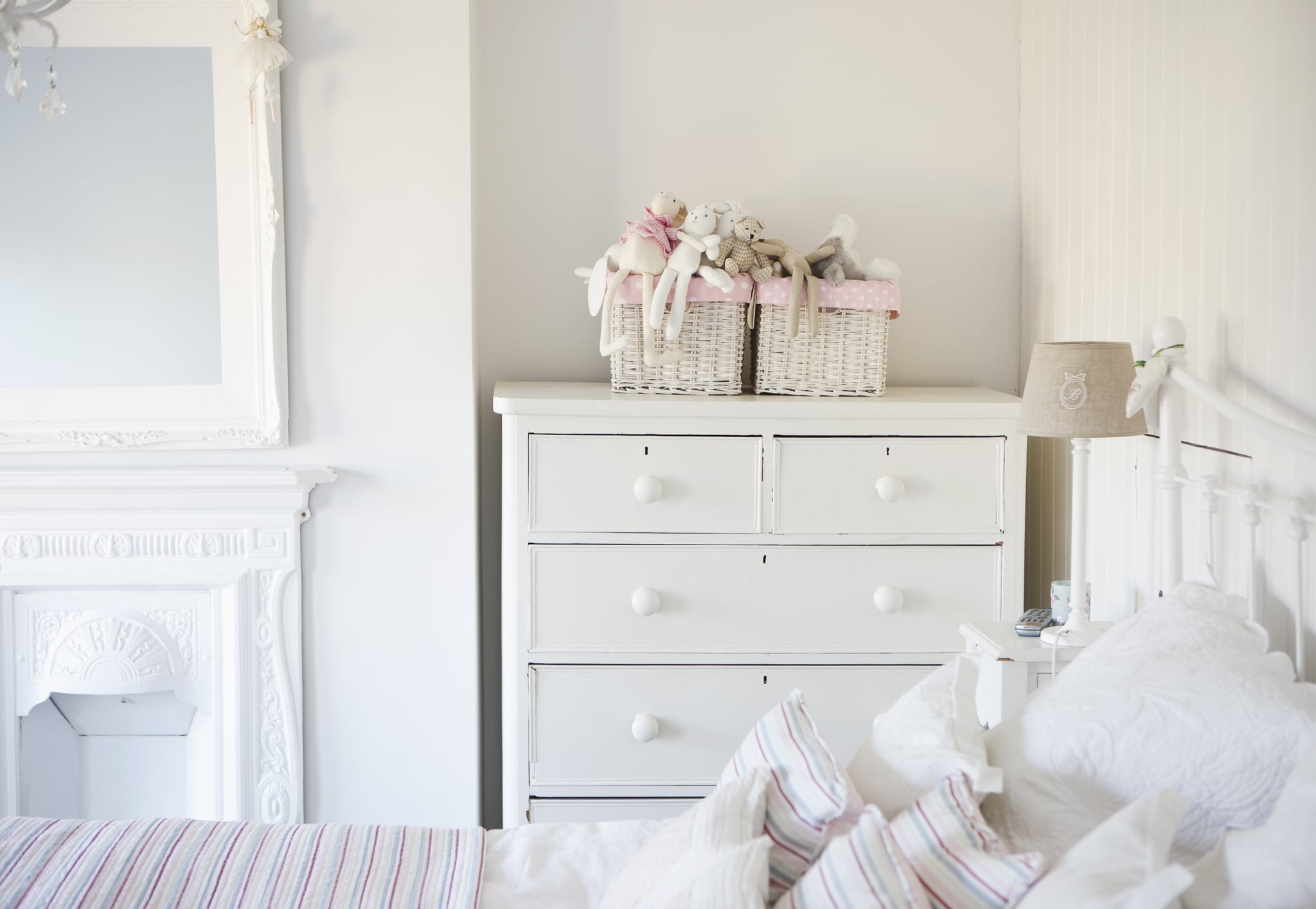 Pick up any baby book and you're almost guaranteed to find at least one chapter dedicated to baby-proofing your home. And why shouldn't it there be? After all, that sweet little bundle of joy you bring home from the hospital is entirely dependent upon you to keep them safe. For some, that's a monumental task that requires meticulous attention to detail and spending hundreds of dollars on child proofing products. I was determined to be as free-range as possible, so I took care of basics like wall outlet covers and removed other clearly obvious hazards. At least that's how I used to be.

When I was pregnant, I didn't add furniture to my baby registry. I didn't like the idea of spending money on nursery furniture I knew would only be used temporarily, and the styles at the store where I was registered didn't exactly fit the vision I had for my daughter's room. Instead, my husband and I went to a local, high-end boutique known for its quality furniture. We planned on purchasing pieces that would grow with our daughter and last her well into adulthood. What we didn't plan on was anchoring it to the walls. Not only was the dresser too expensive to drill into, but it was so solid and heavy that my husband and I could barely move it. There was no way our baby would ever tip it over.

Well, our baby didn't cause her dresser to topple. Our 5-year-old, however, did.

As I was finishing my makeup one morning, I heard a scream from the nursery. It wasn't my older daughter's typical, overly dramatic scream, as she has recently become fond of doing each time something doesn't go exactly her way, but one which turned my blood cold. I sprinted to the bedroom bedroom to find that the massive dresser had come down. She was underneath, terrified and screaming.

There are plenty of anecdotal examples of parents using superhuman strength to rescue their children in life or death situation, and I totally believe it. When I reached my daughter, I lifted the dresser — the same one that I couldn't move without help when something had fallen behind it — as though it were made of cardboard. For whatever reason, my daughter had decided to open all of her drawers at once, which caused the dresser to fall over. Miraculously, all of the open drawers kept the dresser propped up just enough so that my daughter was not crushed beneath it. She didn't have a scratch on her. The only casualty that day was a glass angel which sat atop the dresser.

Related:
My Kid Ate Half a Bottle of Melatonin — Here's What I Learned

In the days that followed, I recounted the story to some friends. Much to my surprise, almost all of them had similar stories. The more time that passed, the more people I spoke to, and in talking to so many, I realised I was far from alone in the mistake that I had made; a mistake that frequently proves itself to be deadly. In fact, I only spoke to one person who made it a point to anchor the furniture in her home.

Given the seriousness of our mistake, I'm grateful that we were given a second chance. It could have turned out much worse. And while I'm not one to give unsolicited parenting advice, I'm going to give it now: I really suggest you anchor your furniture. All it takes is a few dollars and some time, and I promise, you won't regret spending either.

Image Source: Getty / Daly and Newton
Health And SafetyParenting Tips And AdviceParentingPersonal Essay
Around The Web