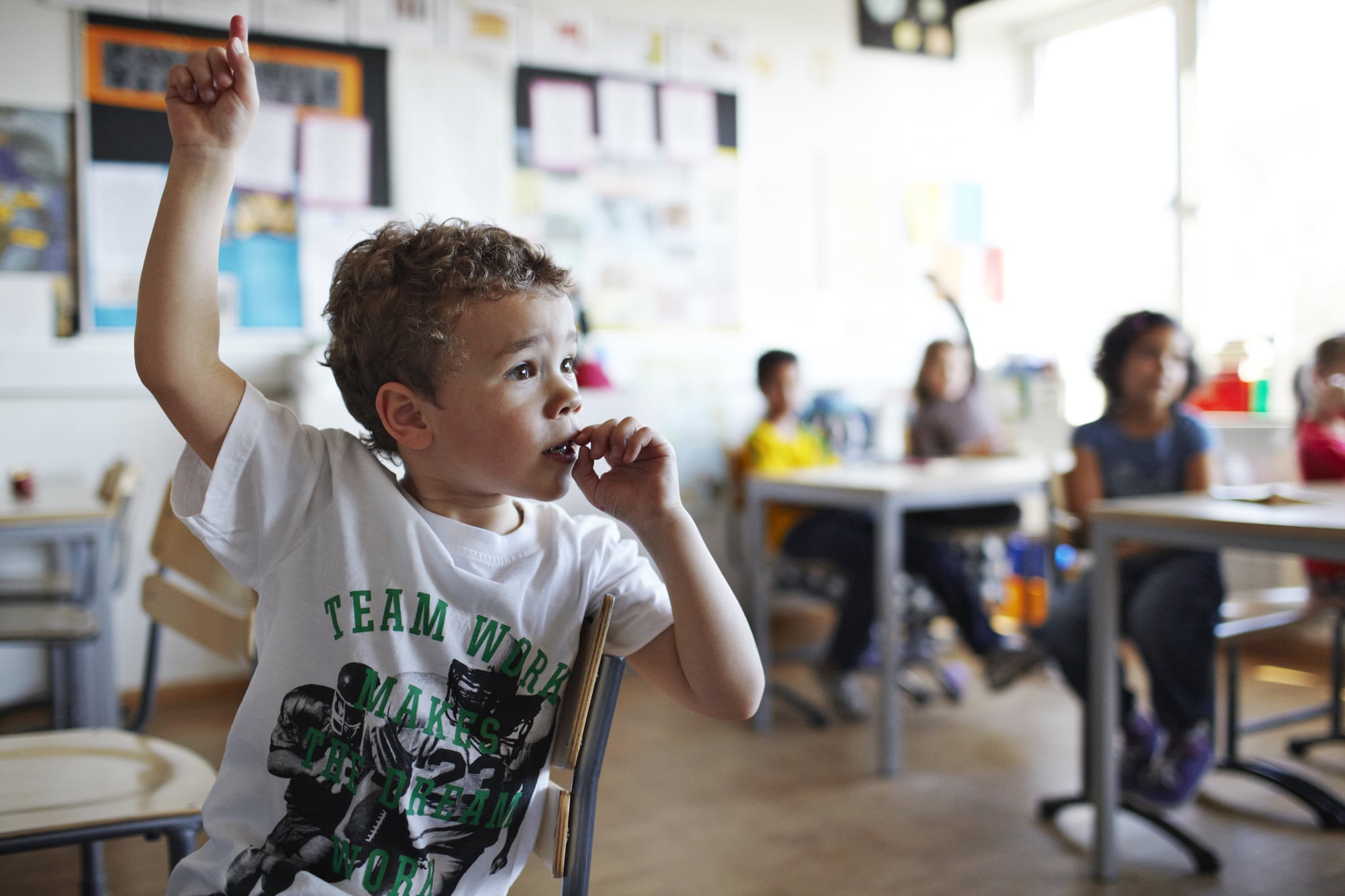 According to data from January, more than 249 school shootings have taken place in the United States since the tragedy at Columbine High School in 1999, excluding those that took place at colleges or universities. In an effort to prepare children for these potential horrific situations — because unfortunately, gun-control legislation is essentially nonexistent in this country — schools across the nation often practice what to do if an active shooter enters the building. But according to its Aug. 24 report, the American Academy of Pediatrics (AAP) believes that these high-intensity, lifelike drills should be replaced with exercises that "do not cause untoward distress" to kids.

Because some districts use realistic methods that "involve real weapons, gunfire or blanks; theatrical makeup to give a realistic image of blood or gunshot wounds; predatory and aggressive acting by an individual posing to be the shooter; or other means to simulate an actual attack" during these high-intensity drills, the AAP is concerned that they may have lasting, negative psychological effects on kids.

The AAP "supports advocacy efforts at the national and state levels to ensure that the unique needs of children are fully considered" regarding active-shooter drills, however, the organisation is suggesting a different approach moving forward. Within the report, its author — David J. Schonfeld, MD, FAAP, a developmental-behavioural pediatrician — acknowledges a new policy statement, "Participation of Children and Adolescents in Live Crisis Drills and Exercises," which will be published in the September issue of Pediatrics.

"The policy outlines considerations regarding live active shooter drills in schools," he wrote. "It recommends eliminating children's involvement in high-intensity drills and exercises (with the possible exception of a limited number of adolescent volunteers who have provided active consent/assent); prohibiting deception in drills and exercises; and making appropriate accommodations that address the unique vulnerabilities of individual or groups of children."

According to Schonfeld, school shooter drills should take a calmer approach and be conducted like fire drills, "which don't simulate an actual fire." He added: "Even if exercises and drills are conducted in a thoughtful manner, children with a high level of personal vulnerability (e.g., students with prior traumatic experience) may require accommodations. In all situations, adults should remain vigilant for student or staff distress and be prepared to intervene."

"It makes very little sense to take all of these steps to physically distance people during the pandemic, and then ask them all to pack into a closet."

According to data from Everytown For Gun Safety, one in four mass shooting victims were children and teens between 2009 and 2018. However, though the number of school shootings in the US is staggering — especially when compared to the rest of the world — it's worth noting that the number of mass shootings isn't necessarily on the rise when compared to recent years. Coupled with the fact that the US is experiencing its worst epidemic in modern history, Schonfeld warned against the fallout of such drills at this particular time.

"I'm telling people right now that it makes very little sense to take all of these steps to physically distance people during the pandemic, and then ask them all to pack into a closet," he told The Huffington Post. "Some schools have to seek waivers because these active shooter drills are required on a regular basis," he said, adding, "We really need to create a climate or culture where schools feel safe."

Although the long-term psychological effects of high-intensity school shooting drills on kids have yet to be fully analysed, there is significant anecdotal evidence that supports the AAP's stance. In lieu of life-like school shooter drills, the AAP released the following recommendations for preparing children for violent intruders: