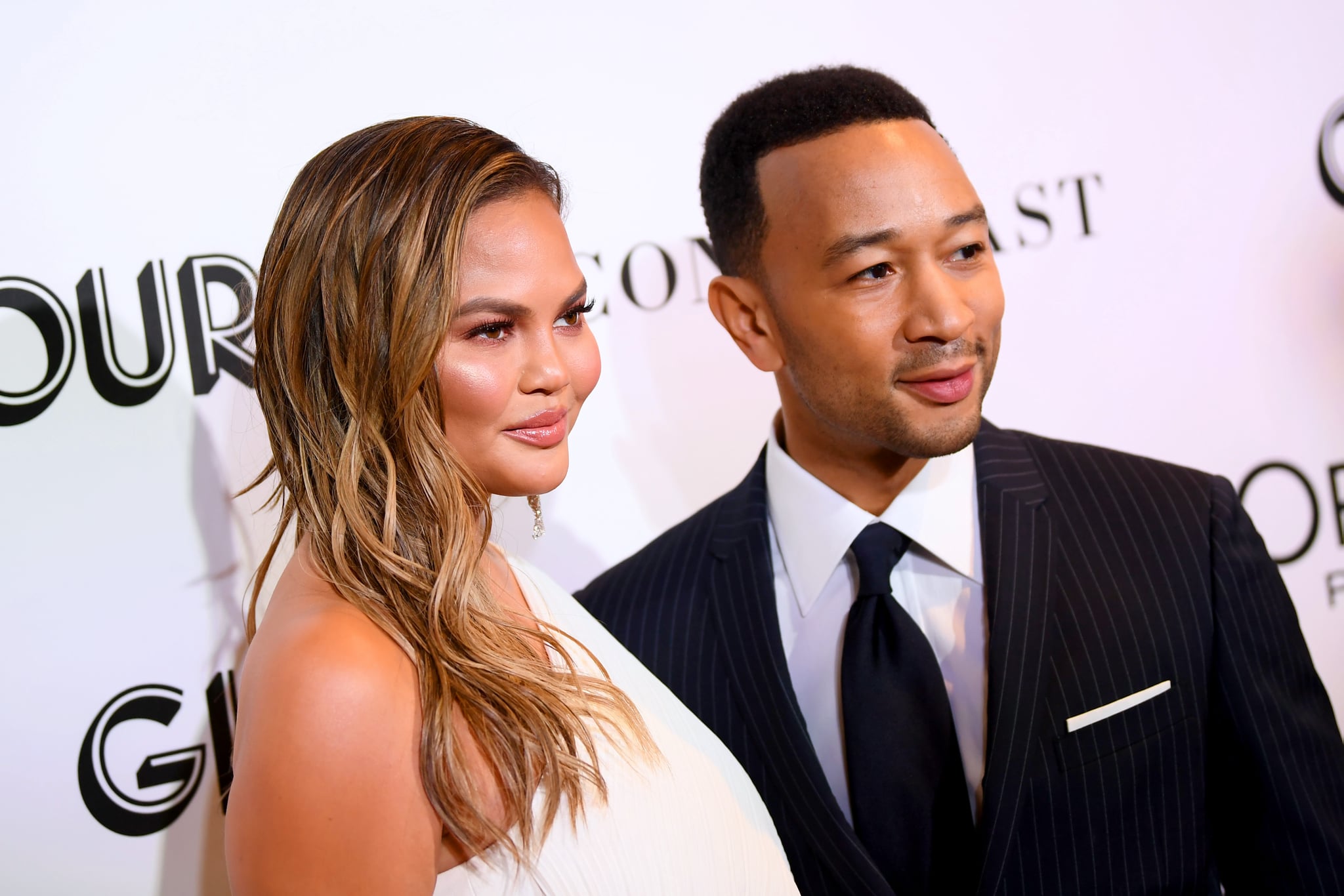 Chrissy Teigen opened up about her pregnancy loss in a moving essay for Medium. Framed as a thank you note to everyone who's supported her after the death of her son, Jack, the 34-year-old mom shared how difficult it was to lose him at 20 weeks.

"I was previously on bedrest for over a month, just trying to get the little dude to 28 weeks, a 'safer' zone for the fetus," she wrote. "My doctors diagnosed me with partial placenta abruption. I had always had placenta problems. I had to deliver Miles a month early because his stomach wasn't getting enough food from my placenta. But this was my first abruption. We monitored it very closely, hoping for things to heal and stop. In bed, I bled and bled, lightly but all day, changing my own nappies every couple of hours when the blood got uncomfortable to lay in."

One night, Chrissy was feeling especially unwell and had a "not-so-great" ultrasound earlier in the day. "My bleeding was getting heavier and heavier," she said. "The fluid around Jack had become very low — he was barely able to float around. At some points, I swore it was so low I could lay on my back and feel his arms and legs from outside my belly."

After spending a couple of nights in the hospital, Chrissy learned that she would have to say goodbye to her son the following day. "He just wouldn't survive this, and if it went on any longer, I might not either. We had tried bags and bags of blood transfusions, every single one going right through me like we hadn't done anything at all," she shared. "Late one night, I was told it would be time to let go in the morning. I cried a little at first, then went into full blown convulsions of snot and tears, my breath not able to catch up with my own incredibly deep sadness."

"I cannot express how little I care that you hate the photos."

After learning the news, Chrissy told some of her family members to take photos of what she was going through. "I had asked my mom and John to take pictures, no matter how uncomfortable it was," wrote Chrissy. "I explained to a very hesitant John that I needed them, and that I did NOT want to have to ever ask. That he just had to do it. He hated it. I could tell. It didn't make sense to him at the time. But I knew I needed to know of this moment forever, the same way I needed to remember us kissing at the end of the aisle, the same way I needed to remember our tears of joy after Luna and Miles. And I absolutely knew I needed to share this story."

She continued, noting that taking the photos was part of her family's grieving process. Looking back, she would have done the same thing. "I cannot express how little I care that you hate the photos. How little I care that it's something you wouldn't have done. I lived it, I chose to do it, and more than anything, these photos aren't for anyone but the people who have lived this or are curious enough to wonder what something like this is like. These photos are only for the people who need them. The thoughts of others do not matter to me."

Related:
John Legend Opened Up About Chrissy Teigen's Pregnancy Loss in a Beautiful Tribute to His Wife

Focussed on grieving Jack with her family, Chrissy is now asking for others to share their experiences with pregnancy loss.

"But the moments of kindness have been nothing short of beautiful. I went to a store where the checkout lady quietly added flowers to my cart. Sometimes people will approach me with a note," said Chrissy. "The worst part is knowing there are so many women that won't get these quiet moments of joy from strangers. I beg you to please share your stories and to please be kind to those pouring their hearts out. Be kind in general, as some won't pour them out at all."