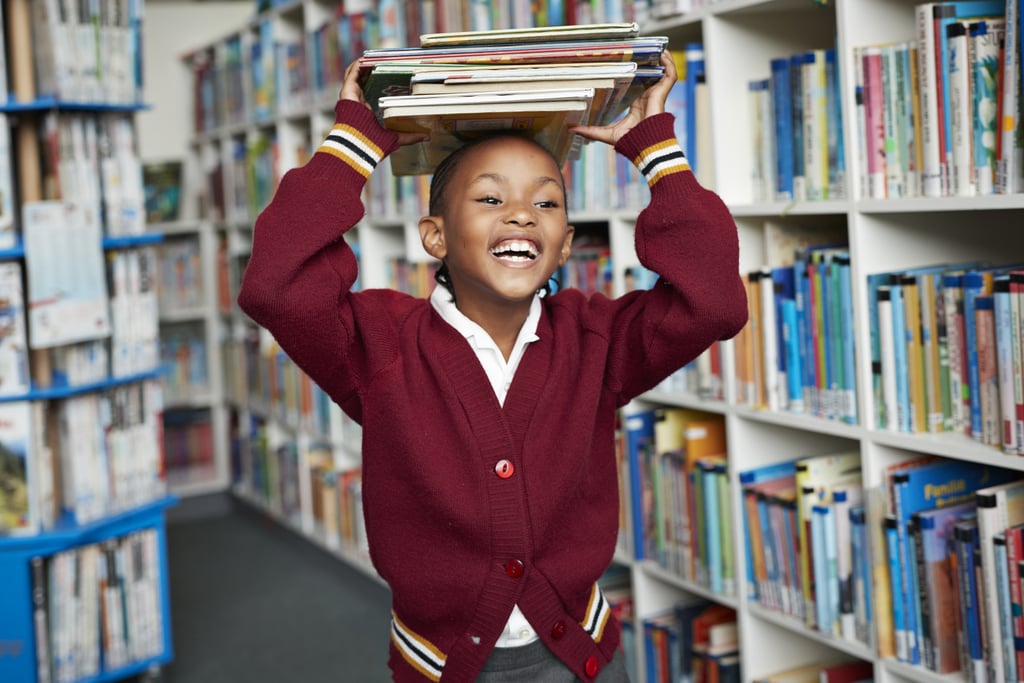 Kindergarten teacher and book influencer, Vera Ahiyya, has two separate instagram accounts filled with splashes of colour, and most frequently, children's book covers. Vera — also known as "The Tutu Teacher" — began to curate her dedicated "bookstagram" account, @diversereads, in 2016, after noticing that the books in her classroom library "weren't reflective of the experiences and lives of [her] students."

And though she's found and featured hundreds of diverse children's books in the last five years, much of children's (and adult) literature, as with television shows and movies, has been predominantly white and almost completely lacking diversity up until fairly recently — and there's still tremendous room for growth.

The Cooperative Children's Book Centre (CCBC) of the School of Education at the University of Wisconsin-Madison has been compiling children's book representation data since 1985, and shared that while "signs of positive change" were recognised in 2014 and 2015, the overall growth since then has been uneven at best.

"There is still a long way to go before publishing for children and teens reflects the rich diversity of perspectives and experiences within and across race and culture," its site reads. "The more books there are, especially books created by BIPOC authors and illustrators, the more opportunities librarians, teachers, parents, and other adults have of finding outstanding books for young readers and listeners that reflect dimensions of their lives, and give a broader understanding of who we are as a nation."

Vera is one such teacher, and since the creation of @diversereads, her account has amassed over 67,600 followers who tune in for her diverse book recommendations (which she also shares on her even larger main account alongside teacher content).

"I wanted to provide my students with opportunities to confirm and explore their own identity through children's books."

"As I better understood who I was as an educator and Black woman, I started to post and share content that was more meaningful to me. When I moved to Massachusetts, my new classroom was full of linguistic, religious, and racial/ethnic diversity in a way I had never experienced before," Vera told POPSUGAR. "As I became centreed on understanding and developing my own identity, I wanted to provide my students with opportunities to confirm and explore their own identity through children's books. They were my inspiration to find and share books that would provide what Rudine Sims Bishop calls 'window, mirror, and sliding glass door' opportunities." 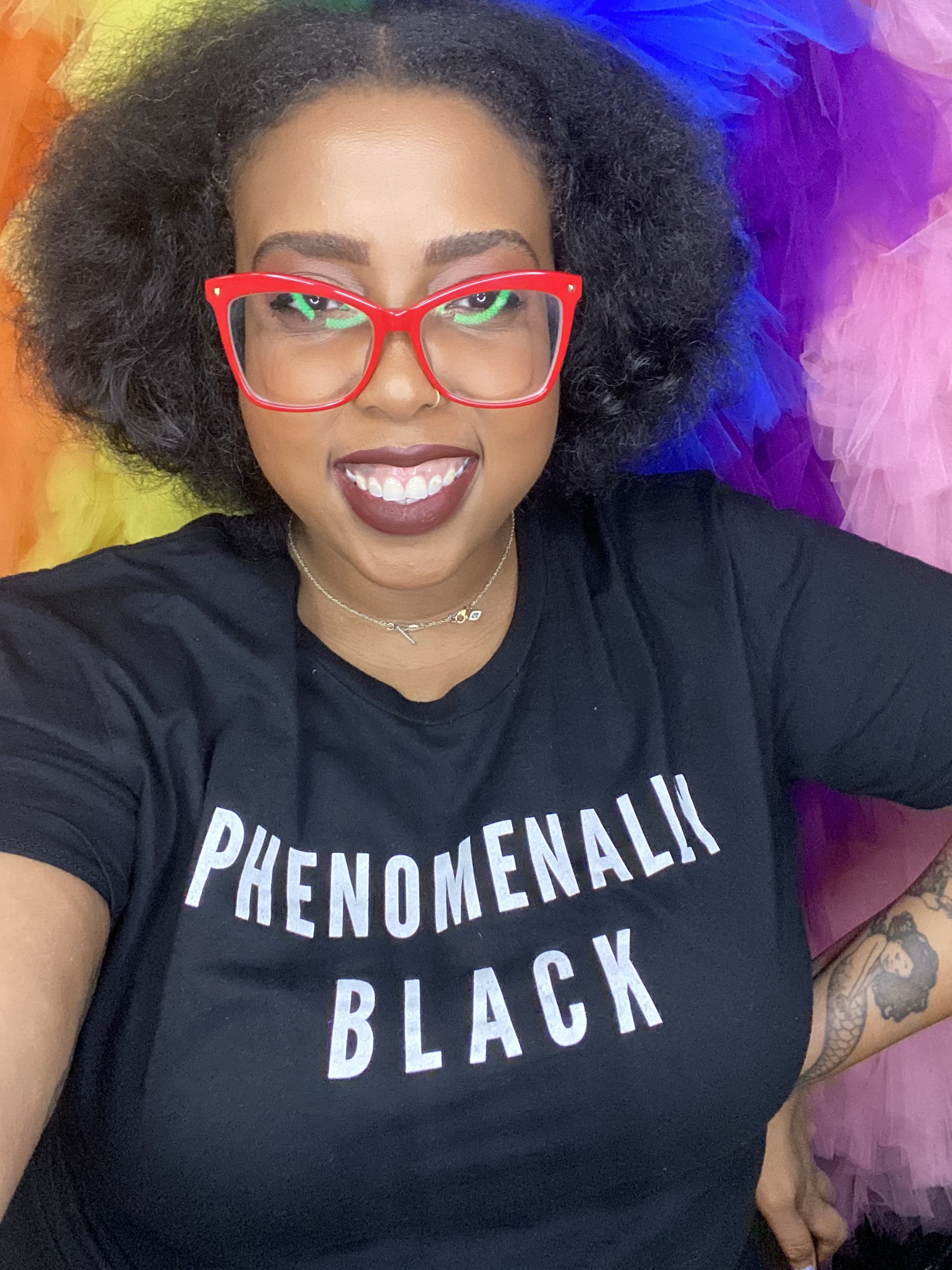 When selecting books to share with her audience and students, Vera thinks about #OwnVoices, a hashtag and concept created by author Corinne Duyvis as a way to describe books written by authors who represent the same marginalized group(s) as their protagonists. So not only does Vera hope to select books that allow children to see themselves reflected in the pages, but those that are written by an author who shares those similar experiences.

"Books where the characters or experiences are similar to our own affirm our identity, build our self-esteem, and encourage us to dream. This is why representation matters."

"Books where the characters or experiences are different from our own (or our children) allow us to learn more about other people, encourage empathy, and inspire curiosity. They allow us to connect with new ideas, new thoughts, or build understanding," Vera said. "Books where the characters or experiences are similar to our own affirm our identity, build our self-esteem, and encourage us to dream. This is why representation matters."

Vera admits that there are few books that stand out from her own childhood in which she saw herself or her family in the pages, though one character that does stick with her is Lisa, from Corduroy by Don Freeman. Now, she says she could "go on and on and on" about her favourite books by Black authors, specifically, that celebrate Black joy.

However, it was while reading Drum Dream Girl by Cuban-American author, Margarita Engle, that she remembers a moment of connection with her students that made an impression. "Drum Dream Girl is a story about a young girl who dreams of becoming a drummer. She is constantly told that drumming is only for boys and girls cannot be drummers," Vera said.

She continued: "I remember watching my students' faces as I read the pages that said, 'No girls can't do that, only boys,' and they were so angry! One student spoke up and said: 'WHAT!? Girls can do anything boys can do,' and it led to a powerful conversation about the different ways women (or girls) have not been allowed to do, or have access to, the same things men or boys have. Which laid the foundation for when we talked about race and racism."

"I hope that parents and caregivers understand that books are just the start. I like to think of books as a key to a door."

This is the influence of diverse storytelling at play, and these moments of meaningful discussion are what it's all about for teachers, parents, bookstagrammers, and other adults who share stories with young people. That, and to simply spread the word that these books exist and deserve to be spotlighted.

According to the CCBC, the percentage of books it received with Black main characters in particular was 5.2 in 2014 — the year they first saw any significant positive growth trends — and most recently, in 2019, 11.7 percent. And while that trend is on the up, the number of stories that feature white protagonists is still significantly higher than those of any minority (books with white main characters accounted for 50 percent of the CCBC's data in 2018).

The numbers alone prove why it's so valuable for bookstagrammers with close followings, like Vera, continue to highlight the small percentage of books featuring diverse characters — especially Black characters — with their communities. In doing so, Vera hopes that her parent followers, in particular, feel inspired to open up the dialogue with their own kids about diversity and realise that sharing books is only the beginning.

Keep scrolling to see and shop Vera's shortlist of the best books by Black authors that inspire Black joy to share with the children in your life.

Black Joy
The History Behind Dark & Lovely, the Go-To Hair Brand For Black Women For Years
by Natasha Marsh 04/12/21