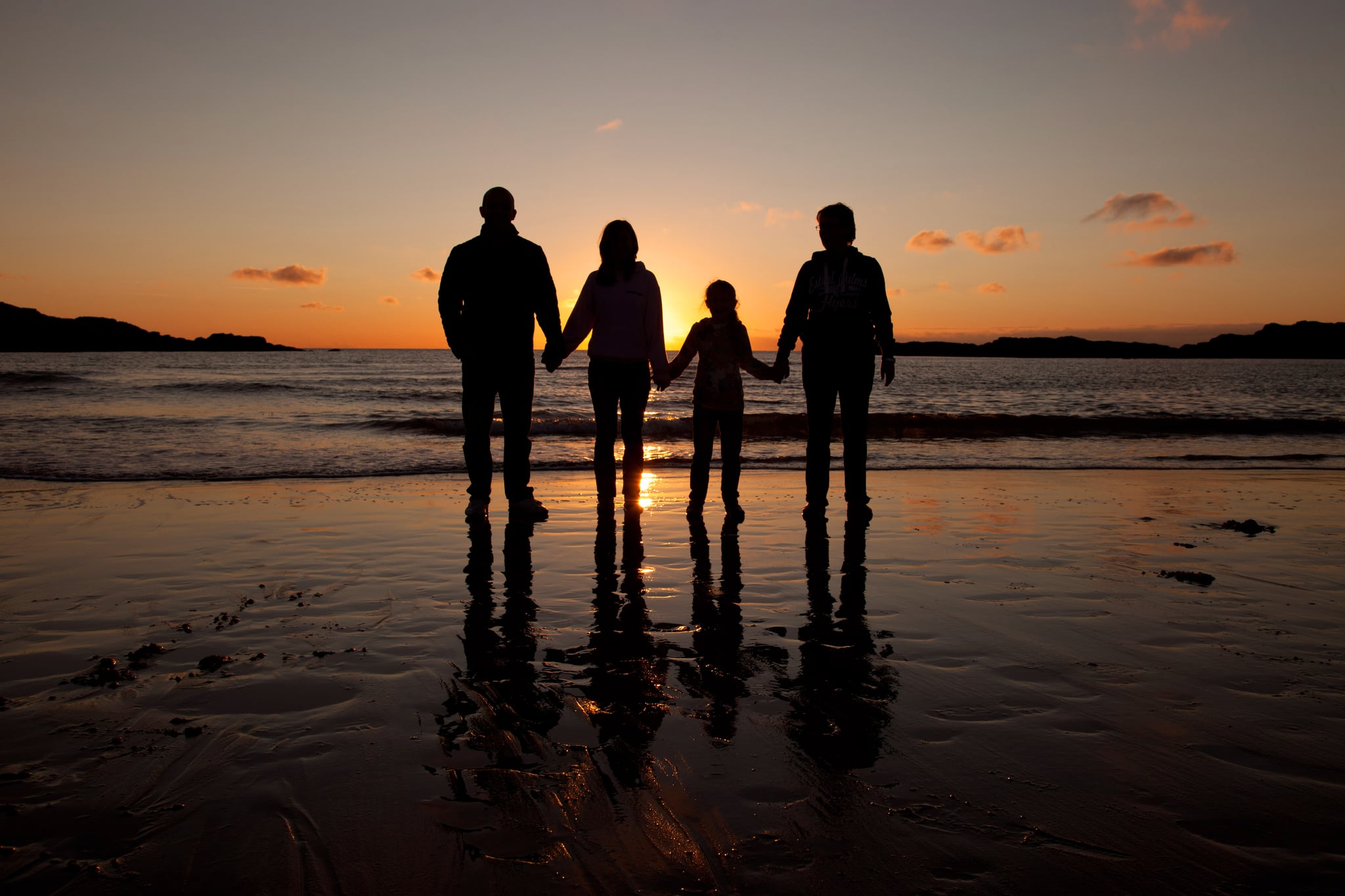 Being 14 is a confusing time for any young girl. You've got the start of high school, puberty is just gearing up, and you don't quite understand how to keep your emotions from dictating your life. At least that's how it was for yours truly. Now add in my parents' rather messy divorce and you've got a pretty volatile mix. I was torn. I didn't know if I wanted to cry, throw something, or scream. A lot of the time I took out my frustration on the underbrush in the woods with a bat. Not the healthiest form of expressing myself, but it did the trick in a pinch.

I did eventually settle on an emotion; two actually: anger and confusion. My mother had introduced my siblings and me to her new boyfriend, the man who would eventually become my stepfather. I wanted to be happy, to be understanding. But I wouldn't be, not for a while. Why couldn't things just go back to the way they were? Why did Mom have to bring a stranger into our family? This man was not my father, and I refused to let my dad be replaced. It wasn't fair, especially to my stepfather.

The man was, and is, kind, good, soft-spoken, and extremely patient, despite suddenly having three rambunctious children plus a rather moody teenager to care about in addition to his girlfriend. Yet he did care for us. He built a house and moved us in. He offered me a summer job, knowing I had hated my part-time Chuck E. Cheese gig. He even paid me! Only once did he ever raise his voice, when we were distracting him during a very slippery and snowy drive. There were so many more things he did for me, my siblings, and, more importantly, my mother. He made her happy.

Related:
My Parents Are Divorced, but It's Actually the Best Thing That Could Have Happened

My hormones finally evened out toward the end of high school, and I realised that my mother wasn't doing what she was to hurt us. She just wanted to be happy, and she had every right to be. She wasn't trying to replace my father. She was trying to rebuild her life after a heartbreak. My stepfather loved her, and it was very clear that she loved him too. My stepfather also loved us, despite the challenges and everything we put the poor man through.

Around the same time, my father was also dating. He talked about a couple girlfriends, but I only ever met one. "This one is special," my father insisted to me, but I had the same issue with her that I did with my mom's boyfriend. Was my father trying to replace my mother? Was he trying to hurt us? Like the case with my mother, the answer was no, my father was just trying to find love and heal a broken heart.

My father's girlfriend was a bubbly, happy, caring woman, with a son of her own from a previous relationship. She was always quick to greet me with a warm smile and a hug. Since she only had one son, I think she was happy that my dad had three daughters and one son. She could be girly and giggly with us and give out motherly advice. I resisted at first, hiding myself away with my computer and a two-liter bottle of soda. I thought that because of her bubbly nature she'd be like the girls in school that bullied me. I was quickly proven wrong, as she was as supportive of me as my mother was. She helped style and colour my hair when my mom wasn't around. She taught me a little about makeup. She even taught me how to cook particularly yummy garlic potato wedges — the dish I served to my now-husband after we had dated for a few months.

Her son was as standoffish as I was, but that's probably because he was going through something similar to me. His mother was dating some goofy dude with four loud kids. How was he supposed to deal with that? We warmed up to each other, and soon we were spending holidays together. But my dad's girlfriend never became my stepmother because she and my dad broke up after getting engaged. I never asked why, not because I didn't care, but because my dad seemed upset about the whole thing. He told me vague details when he felt a little better but it boils down to he had really loved this woman, but they weren't meant to be.

So, to my stepfather, thank you. Thank you for your patience. Thank you for all that you've done for us, and all that you continue to do. I'm sorry I wasn't the easiest kid to deal with. You may not be my father by blood, but I consider you a father figure.

To my dad's ex-girlfriend, thank you for caring and your patience with a frustrated teenager. I consider you my stepmother and I miss you. Hopefully one day we'll reconnect.