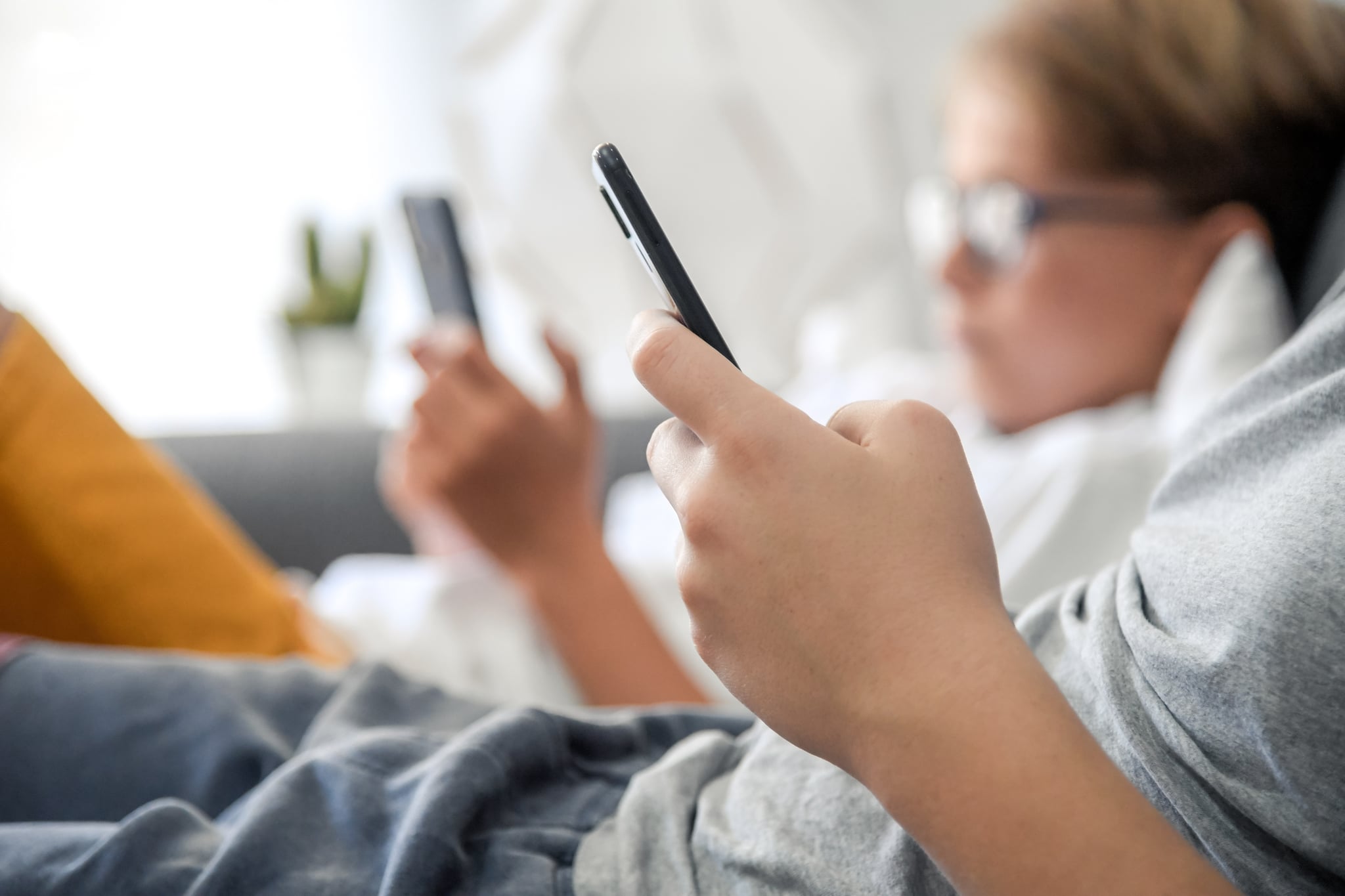 Dangerous content has always existed for kids on the internet, and radical politics are no exception. However, with social media platforms providing a quick and effective pipeline to impressionable audiences, it can be especially difficult to identify where radical content is originating and whether or not your child is being exposed to it. Only 2% of Generation Alpha kids reportedly don't use technology, based on data from the international tech company Domain.ME, meaning young people are left incredibly vulnerable to radicalized internet communities — and we're seeing the potential consequences in real time.

To help your child or adolescent learn how to identify this kind of content, think about it reasonably, and independently move towards safer digital spaces, we spoke to the experts to get the most effective advice. Read on to understand more about online radicalization in kids, potential red flags, and what we can do to work towards a safer and better informed nation.

Related:
Experts Share How to Protect Your Children From Sex Traffickers on Social Media

What Does Radicalization Mean, and How Can You Spot It in Kids?

Before political radicalization can be prevented, we first have to understand what it is and what it looks like in younger kids and teenagers. According to Kurt Braddock, PhD, assistant professor of communication and faculty fellow at American University's Polarization and Extremism Research Innovation Lab (PERIL), radicalization can mean different things to different people.

Generally speaking, he says it involves a social and political process in which a person develops "beliefs and attitudes consistent with an ideology that promotes the use of violence in pursuit of an ideological, political, or religious goal." Dr. Braddock explained that this is not the same as actively participating in terrorism, but that radical beliefs can potentially increase a person's risk for terrorist activity.

Moreover, children and teens are more susceptible to political radicalization than other age groups because they're highly impressionable, said Leela R. Magavi, MD, a Hopkins-trained adult, adolescent, and child psychiatrist and Regional Medical Director for Community Psychiatry. "Radicalization is like an insidious disease, which takes control of children's minds," she told POPSUGAR.

Although there is no one sign that can definitively alert parents to radicalization, there are some red flags to watch out for. "When a child is becoming radicalized, there will be a dramatic change from their normal. They can become cold and distant and increasingly irritable and argumentative," said Khadijah Booth Watkins, MD, MPH, a psychiatrist and associate director of the Clay Centre for Young Healthy Minds at MGH. She adds that they may also grow secretive or even try to isolate themselves from their friends and family.

Dr. Braddock told POPSUGAR it may also be helpful to listen to the kind of language your kids are using. "If you hear a teen use language that signals an 'us and them' mentality where they consider an entire group to be an enemy of some type, that might indicate a bit of a problem," he explained. "For example, many of those that have been radicalized into the far-right consider 'leftists,' people of colour, or immigrants to be enemies. They don't consider that these groups are comprised of individual people, and when you don't consider someone to be an individual, it becomes easier to hurt them." This is called deindividuation, and it's definitely something to look out for if you're worried about radicalization.

Understanding radical signs or symbols can also be useful for spotting problematic places on the internet. "Everyone knows that a swastika is a symbol of neo-Nazism, but in the age of the internet, several other symbols have been co-opted by far-right groups that symbolize what they stand for," said Dr. Braddock. Consider familiarizing yourself with these signs so that you can recognise them and help your teen identify what kind of content to stay away from.

How Does Online Radicalization Happen?

Make no mistake — kids and teens are huge targets for political radicalization. "Children, and particularly teens, are targeted online by extremist groups," Dr. Booth Watkins told POPSUGAR. This is because young people are still forming their own identities, which leaves them highly vulnerable to extremist and radical belief systems, especially if they offer a kind of tight-knit community for young people to participate in. "Acceptance and belonging is important during this time and extremist ideology often offers friendship and camaraderie," Dr. Booth Watkins explained. "At times, the desire to fill the need to belong to a group and group affirmation – which are normal needs – can be more important than the ideology."

Dr. Braddock adds that radical propaganda online can also have a big influence on young people and their beliefs. In fact, he's found that kids sometimes come across radical content almost by accident. "We see that people often begin their path towards radicalization through curiosity; they simply want to know more about an issue, so they look some things up on the internet to learn about it," he said. "They then often go 'deeper,' finding online echo chambers where the radical messages are repeated and there are no arguments against them." These digital communities become particularly dangerous when they start to introduce the idea of violence as a way to resolve political differences.

What Can Parents Do to Prevent Online Radicalization?

It can be tough to come up with ways to help your children scroll through social media safely (and without violating their privacy), but there are some strategies that you can use. Dr. Braddock says one of the most important ones is just talking openly about the world as a family. "Many people turn to radical groups to get a sense of political identity and make sense of the world," Dr. Braddock said. "By talking to their kids about the events they see — like the attack on the Capitol — parents can help place the events in the proper context and gauge how their kids are reacting to it."

Dr. Magavi also said parents should educate their kids about the kinds of dangers on the internet, like cults, gangs, and extremist groups, since this can help young people eventually identify negative circles on their own. "Furthermore, if [kids] make any hateful comments, I would advise parents to inquire about where these stemmed from," Dr. Magavi said.

However, she recommended that parents avoid invading their adolescent's online privacy unless there are significant safety concerns, and Dr. Booth Watkins agreed. "As you are having open discussions with your children, they will be more likely to come to you in these instances to seek support and safety," Dr. Booth Watkins says. "You will be far more successful in encourageing safe social media use through discussion and education as compared to using spyware and other tech to monitor use."

So get curious, ask questions, and create a safe space for your children to do the same. Give them the tools they need to identify radical content, encourage them to seek out multiple perspectives on various issues, and help build a generation that thinks critically about the world around them.