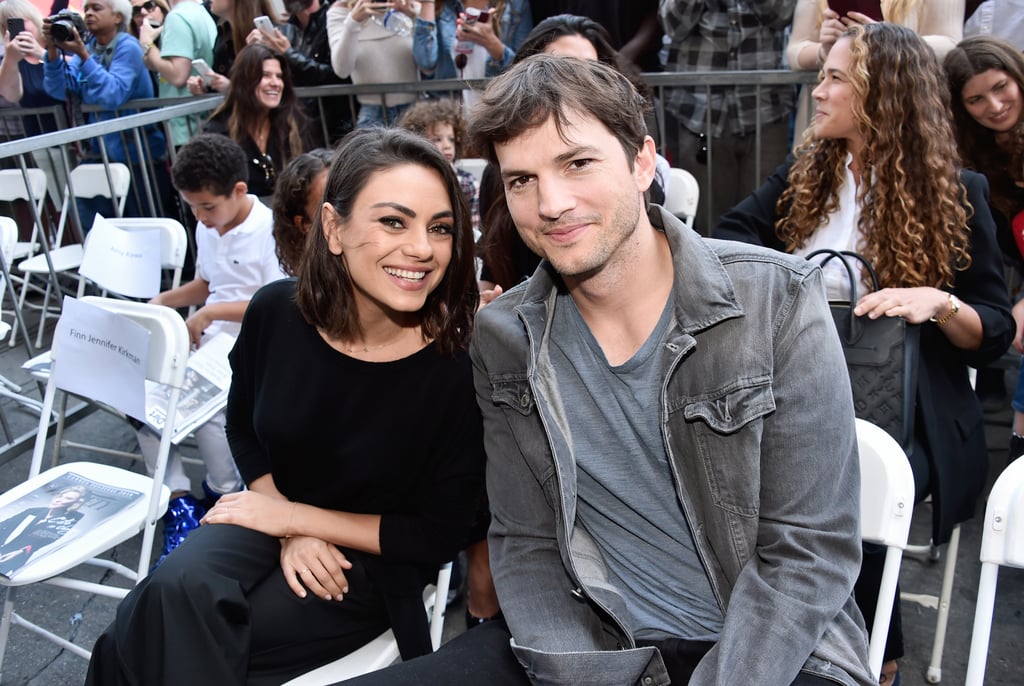 It's been nearly 15 years since Mila Kunis and Ashton Kutcher appeared together on That '70s Show, but they're about to make another television appearance together in the form of a Cheetos Super Bowl commercial. And the couple booked the ad for a very hilarious and relatable reason: they wanted two days of "freedom" away from their kids, 6-year-old Wyatt and 4-year-old Dimitri.

"It's so silly! Ashton and I, we never work together. I mean, I know we worked together before," Mila told ET. "And in the midst of quarantine, they sent us this ad to do . . . I started laughing so hard and Ashton was like, 'This is kind of funny.' And I was like, 'We should do it!'"

She continued, mentioning the added bonus of saying yes: "Also it was quarantine and we were stuck with our children for nine, 12, months at this point, and I was like, 'Two days, baby! Two days off.' Literally we're like, 'Yeah, OK, let's do it.' And so we did it. And I hate saying it but we were like, 'Freedom!' . . . It was amazing! [I've] never been so excited to wake up at five in the morning to be like, 'I'm going to work!' And I literally skipped out of the house. My kids were like, 'You're abandoning us!' And I was like, 'Relax.'"

Related:
This Mom Imitated Her Gen-Z Daughter on TikTok, and Oh My God, the Dance Moves

Despite the brief joy over getting a small break from their little ones, Mila says she loves her children very much and that the family of four is actually very codependent, which made being away tough.

"Our whole family is already co-dependent, so this pandemic just feeds into our entire co-dependency," she said. "And my husband and I were super co-dependent for like eight years and in this pandemic our kids are like, 'Where are you going?" And I was like, 'The bathroom.' We haven't left each other. We're in the house. Yeah, it was really weird for them. They forgot that we have to go out of the house."

See the teasers for Mila and Ashton's Cheetos commercial in the videos below, and catch the full ad when it airs during the Super Bowl on Feb. 7.