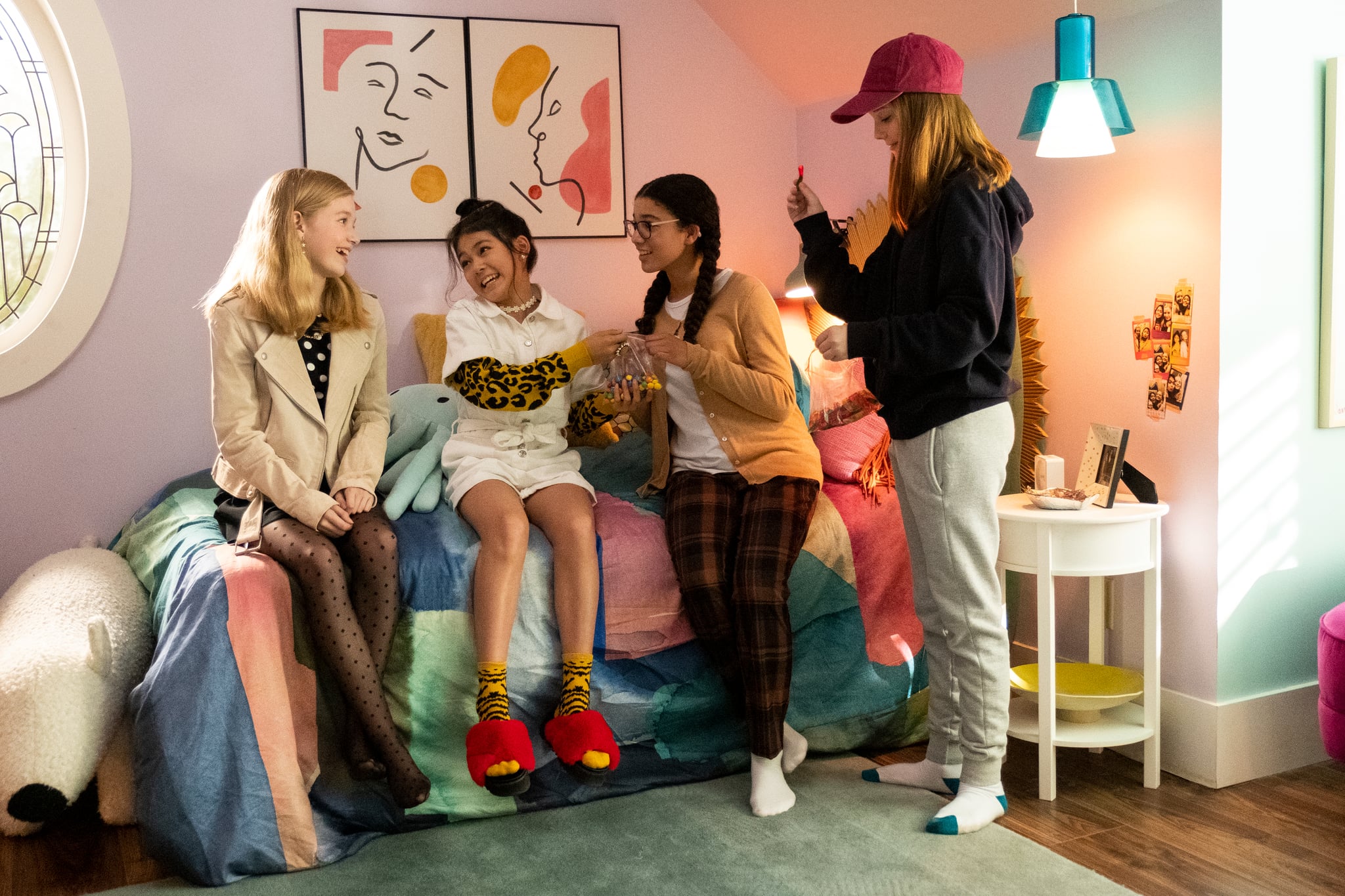 Get ready for some serious nostalgia, because The Baby-Sitters Club is back in business thanks to Netflix's reboot of the beloved book series (and TV show and movie). And whether or not your kids and teens have been introduced to the series before, they are definitely going to be obsessed with this new show, which features Alicia Silverstone as Kristy's mom and an incredible cast of young actors as the BSC's middle school employees.

The series is an absolute delight — it's modern, feminist, and filled with teachable moments — but that said, it's definitely a show better-suited to tweens and teens in terms of its themes and general entertainment value. The girls of The Baby-Sitters Club are all in middle school, learning about growing up, belonging, and friendship, but the series also broaches a ton of timely and important topics, such as racism, divorce and blending families, and standing up for what you know is right.

Even if your young kids wanted to sit and watch, there isn't much reason why you wouldn't want them to (seriously, cannot stress enough how delightful this show is), but ahead, find a list of some of the main topics that are touched upon during the first season's 10 episodes so you know what to prepare for in terms of potential teachable moments and difficult conversations with your kiddos.

All of the above topics — and so, so much more — are touched upon throughout the season, and while some are small enough mentions that they might not bring up your kids' questions or curiosities, they all make for worthy talking points. Your youngest kids may enjoy watching Kristy, Mary Anne, Claudia, Stacey, and Dawn having fun and being silly, but your older kids and teens can also learn and take so much away from the Club's experiences and stories. And while they may want to watch the show solo, I recommend watching it yourself if you want to foster those conversations — and because, as I've maybe mentioned once or twice, it is DE-LIGHT-FUL and you will love it as well.

Catch season one of The Baby-Sitters Club on Netflix now!