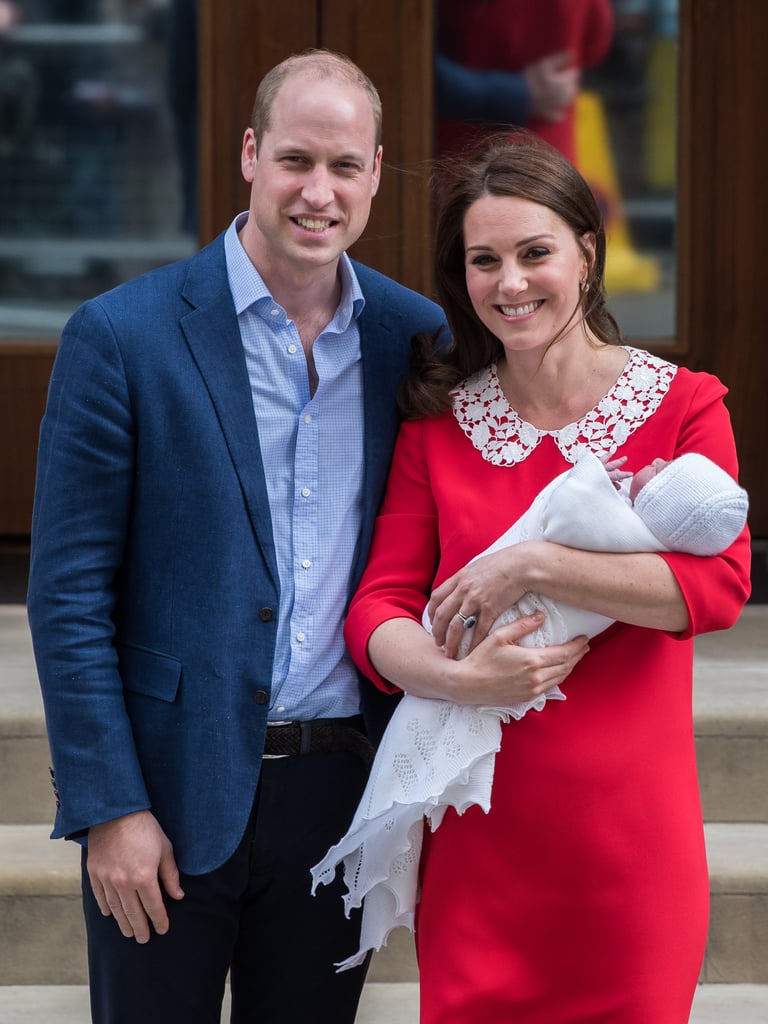 Sweetly, Prince Louis was wrapped in the same knitted blanket that had been used with both of his siblings and wore the same bonnet that Princess Charlotte wore after her birth. But the newborn's "outfit" was second in interest to Kate's. She once again selected a dress by designer Jenny Packham, this time a red shift with a peter pan collar. Immediately comparisons to the red dress Princess Diana wore following the birth of Prince Harry were made, with most assuming Kate's bold choice was an intentional tribute to William's late mother.

If Kate was even aware of the commentary being made about her, she kept her cool and owned her brief appearance outside the hospital, like she did with the others. The third-time mom appeared happy, relaxed, and even more so this time — ready to get back home!

The Royals
Prince Harry and Meghan Markle Are Ending Their Instagram Account: "You've Been Great"
by Monica Sisavat 20 hours ago

The Royals
Prince Charles Has Tested Positive For Coronavirus, Clarence House Has Confirmed
by Angela Law 6 days ago