Trigger warning: The following story contains descriptions of sexual assault, as well as spoilers for the movie Promising Young Woman.

Promising Young Woman, a kick-you-in-the-face film written and directed by actress Emerald Fennell and nominated for five Oscars, now available on demand, affected me deeply, and I think that was the point.

The film is confrontational by design — forcing viewers to face the United States' culture of violence against women, especially how white male privilege is reinforced by people in power, helping these men evade proper criminal punishment.

I couldn't help but think of Brock Turner, the Stanford undergraduate convicted of sexual assault whom the press so lovingly referred to as a "swimmer" instead of what he was. Similar to the men in Fennell's film, I perceived Turner as white, rich, and entitled. His father's argument for why his son shouldn't serve time was: "[My son's] life will never be the one that he dreamed about and worked so hard to achieve." Jail would be "a steep price to pay for 20 minutes of action."

The male judge agreed; a sentence harsher than six months would have a "severe impact" on the 20-year-old. Never mind that Chanel Miller, aka "Emily Doe," was unconscious when Turner assaulted her and certainly not in any position to consent. Her memoir, Know My Name, published in 2019, addresses this systemic problem head-on. As the jacket reads, "Her story illuminates a culture biased to protect perpetrators, indicts a criminal justice system designed to fail the most vulnerable, and, ultimately, shines with the courage required to move through suffering and live a full and beautiful life."

Promising Young Woman illuminates the very same thing. For me, the film's most chilling reveal is that even "nice guys" — even feminist, woke guys, even guys who sing dorky Paris Hilton songs in pharmacy aisles — are capable of rape, or in the film's case, capable of being a bystander to rape. They're capable of being turned on by it, never saying anything to anyone, and making it possible for all the "promising young men" to go on with their lives. Meanwhile, the woman of the film is left with the kind of psychological trauma that can rob women of their future, whether it's because they drop out of college, quit their job, or die by suicide.

On the spectrum of assault, I count myself very lucky — a guy once jerked off in front of me, even though I told him I didn't want to go further than kissing. I've never been roofied or raped. So why did this movie upset me? Because I have two sons.

One is 5 years old, the other is about to turn 8. They wrestle and act silly and sing and dance and karate chop the air. Sometimes they hurt each other and cry. Other times they pull out their penises and laugh. I never thought I'd be saying, "Put your penis away," so much in my life. They've recently started to hump things: pillows, stuffed animals. I don't want to shame them, because shame can lead to repression and acting out, but I also don't want them to think they can hump anything — and certainly not anyone. I tell them that exploring their bodies and what feels good to them is normal and natural, they just can't do it to each other or other people. When they go through puberty and become sexual beings, then they can decide with someone else what feels good to both people involved.

I also make sure to respect their bodies. When they don't want a kiss or a hug, I stop immediately. I never guilt them, and I don't force them to hug their grandparents or anyone else for that matter. Their body is their body. When they grab my boobs, I tell them I don't like that and to please stop, and they do. I now hear them screaming from the other room, "My body is my body! You can't touch my body!"

Related:
This Is How to Talk to Your Son About Sexual Assault, According to an Expert

Research shows that starting consent education young makes a difference. It's no surprise to me that the graduate students who pulled Turner off Miller were from Sweden, the first country to introduce mandatory sexuality education in schools in 1955. Other countries seem to be doing it better than we are as well. When I read about Spring Fever, a successful Dutch sex-education program for children age 4 to 11 years that's shown incredible impact, I realised something drastically needs to change here, too. We cannot continue to live in a culture where people turn a blind eye to sexual assault, where someone recorded saying, "You can do anything, grab 'em by the p*ssy," can be elected president.

My mind has a hard time comprehending the statistics: according to RAINN, one out of six American women has been the victim of attempted or completed rape in their lifetime, and that's just the people who report it. According to a 2017 report from the Department of Justice, only 230 out of every 1,000 sexual assaults are reported to police. A study found that 13 percent of women who are raped attempt suicide and over half (half!) of the killings of American women are related to intimate-partner violence.

I refuse to allow my boys to become part of these horrific stats. I refuse to raise a rapist.

Related:
I May Destroy You Captures the Complexity of Sexual Trauma in Ways Few Shows Do

Gender pressure starts young — it's in the air, and it's everywhere. Kids absorb it at home, at school, on TV, in all the images that surround them, in the subtlety of body language, in the inflection of voices. But I do not believe that biology or culture is destiny. I do not believe this is an irreversible problem. This is why I founded Build Up Boys, a nonprofit that equips boys as young as 4 years old with the critical social, emotional, and relational skills to connect with others across racial, cultural, and gender divides. Teaching boys how to understand where emotions live in their bodies, what granular words they can use to express these emotions, and how to respect their own emotional lives and bodies will help them respect and honour other people's emotional lives and bodies.

But it's not enough to teach boys these skills if they come home and are told they are "soft" or to "man up." These cultural changes require caregiver training, too. They require deep mining into historical conditioning and biases, so we can raise boys from a more conscious place.

In the two years of research I've done to found the program, and in all the interviews I've conducted with experts to design the seven-level, first-of-its-kind curriculum (which will undergo an efficacy test once funding is secured), it all comes down to teaching boys to hold onto their humanity. It comes down to giving them permission to feel and understand their whole range of emotions and encourage them not to shut down and cut off, which is the exact thing that creates an environment ripe for violence.

This is my call to action: Mothers, fathers, grandparents, aunts, uncles, family friends, let's radically change this culture so a judge doesn't feel justified going easy on a "promising young man." Let's work toward a world where the body and future of every "promising young woman" are kept safe in the first place. 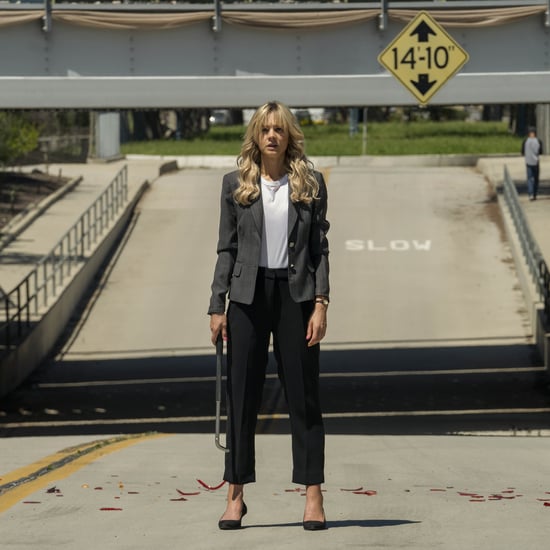