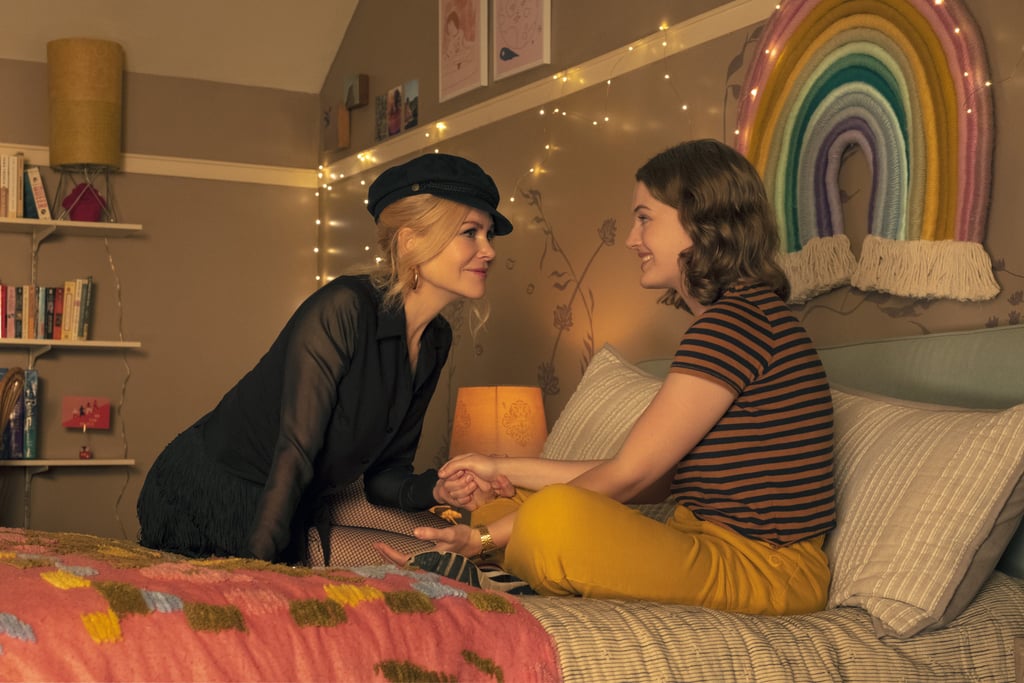 Netflix's The Prom Has Some Cheeky Humour, But It's Mostly a Family-Friendly Treat

We could only ever imagine Meryl Streep and Nicole Kidman in fully sequinned and sparkly outfits helping us with our promposals, so we'll live this experience vicariously through Emma (Jo Ellen Pellman) in The Prom. The film has enough razor-sharp wit for adults to enjoy, and it's also full of positive messages and Broadway glam for the entire family. The film follows Emma, an out lesbian teenager who wants to take her girlfriend to prom, but finds her dream squashed by an intolerant PTA committee. Lo and behold, that's when a cadre of glittery Broadway veterans dash into her little town in Indiana to lend her a (jazz) hand.

The Prom is brought to us by none other than Ryan Murphy, one of the head honchos behind the acerbic wit of American Horror Story and Glee. But while many of Murphy's projects have a dark and twisty vibe to them, The Prom is actually quite family-friendly. Its PG-13 rating is pretty fair — you've got rude humour, mild language, and jaded adults. Still, it's mostly a feel-good treat especially for a year that hasn't been quite so feel-good. Ahead are a few points to consider as you watch The Prom with your kids.