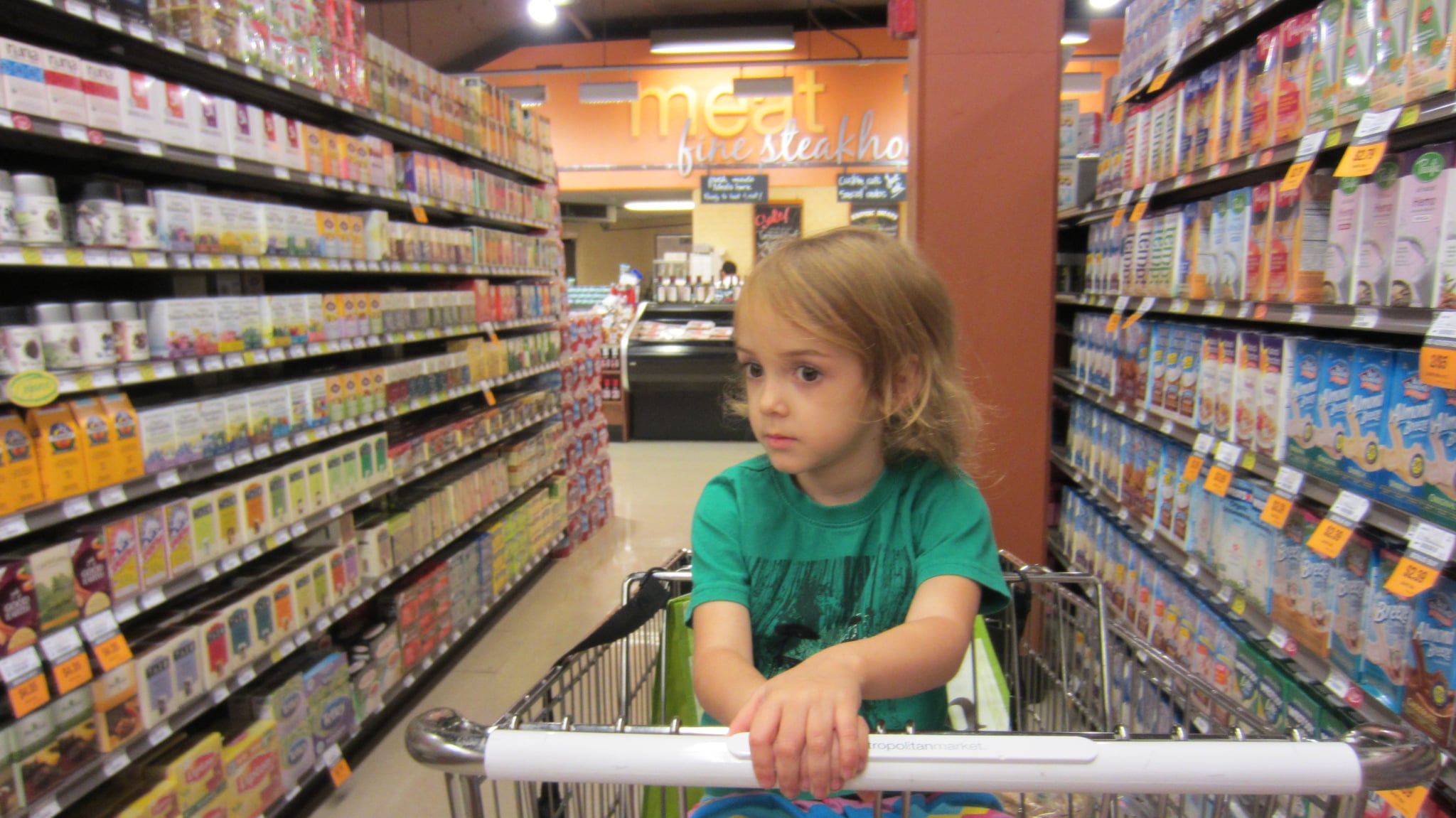 Kids say the darndest things, and naturally many of their tough questions crop up in public, within earshot of the person your little one is asking about. While it can be uncomfortable when your child points out that a fellow shopper is in a wheelchair or asks loudly, "Mum, why is that man a different colour to me?" it's not as unusual as you think. We spoke with Dr. Frank J. Sileo, a child psychologist based in New Jersey, USA, for help navigating these awkward moments, and we're taking his advice to heart.

What Should I Do If My Child Points Out a Stranger's Race?

Although a question about race can catch parents off-guard in a public setting, it's important to tackle it head-on. "Verbal skills really start to kick in for kids between the ages of 2-and-a-half and 3 years old," explained Dr. Sileo. "They want to share their thoughts on everything and anything, which is what we want to encourage kids to do in terms of language development. Kids who are in this age group aren't being wilfully being mean and insensitive, they're just curious, which helps foster learning."

Rather than immediately shushing your child or going on a tirade about how inappropriate the question is, Dr. Sileo says to commend the child on making an observation in the first place.

"Start by saying something like, 'That was great that you notice the differences between people,' and mention that it's a good thing to be observant of the world," said Dr. Sileo. "We're in a world where kids are walking around with phones constantly. They're often not even aware of what's going on around them. So noticing something is actually a good thing because they're cognisant."

"Start by saying something like, 'That was great that you notice the differences between people,' and mention that it's a good thing to be observant of the world."

Furthermore, if a child asks why someone's skin looks different than theirs, use it as a learning experience. "Your response can be something like, 'Yes, that's true. Skin comes in many different colours,' and actually the parent can use their own skin, comparing it to the child, if it's the appropriate situation," advised Dr. Sileo. "'Say, "Look at Mummy's skin and look at your skin, even we have different coloured skin. It's a very concrete way to teach children about the gradients of colour. Hammer home that inside we're all the same, we have similar feelings, and we have similar thoughts. For example, we might like ice cream, regardless of what our skin tone is."

If the person your little one is referencing is within earshot, it's perfectly OK to apologise and explain that your son or daughter is trying to make sense of the world. Dr. Sileo suggests saying, "Excuse me, but my child is just learning about differences in people," after the behaviour occurs. He also pointed out that most people are forgiving of little kids who ask these types of questions, so don't lose too much sleep over it.

What Should I Do If My Child Points Out a Stranger's Disability?

Children may also have questions about people who have physical disabilities. In this situation, mums and dads can take the opportunity to foster empathy in their kids. "When kids see there are people in wheelchairs, with walking sticks, or are using a walker, the response from a parent should be along the lines of, 'She may be having trouble walking, and that chair is what she uses to get around. We use our feet, but she uses that chair to get around.'"

Being straightforward in your response — without shaming the child for asking the question — can be an important learning experience. "Explain that the individual may have a difficult time walking on [their] own, and we're grateful that they have a wheelchair or a walker," said Dr. Sileo. "It might be embarrassing to discuss in front of someone you don't know, but it's also a teaching opportunity."

Does the Conversation Look Different If My Child Is Older?

When your older children ask a question that might strike you as off-colour, it's important to take their world experience into account. If, for example, your 9-year-old daughter asks why two men are holding hands or why a couple is bi-racial, consider if they've ever seen families like this before.

"Older children still may have questions, depending on where you live," explained Dr. Sileo. "They may not be exposed to certain cultures or people of colour frequently. They may have never seen two men holding hands, or an interracial couples before. Regardless, address the question in a straightforward way."

"We have to be in the moment, which often is what causes the embarrassment for the parent."

If you find that your big kids are making such questions a habit — or you think they flat-out know better — ask why they're asking in the first place. "You might want to start to think, what is the reason why this child is saying these things?" suggested Dr. Sileo. "Are they trying to get your attention or are they trying to be provocative?"

For big kids, it's OK to suggest framing questions in a different manner. "At 3 years old, kids can make that cause and effect relationship," said Dr. Sileo. "It's important that they realise they've maybe caused some uncomfortableness for the other person or hurt their feelings — and that they should try to think before they speak. As the child gets older, these kinds of 'innocent' remarks are less and less excusable." In private, mention having the child ask a trusted adult these types of questions, rather than blurting their inquiry out in public.

Is There Any Way to Prevent These Questions From Coming Up in Public?

Unfortunately for parents, kids have the tendency to put us in awkward positions, and in this case, we need to just suck it up! "We can't possibly cover all uncomfortable scenarios before they happen," said Dr. Sileo. "We can't say to kids, 'So when we go out to the shops, don't make any comments about anyone's differences.' We have to be in the moment, which often is what causes the embarrassment for the parent." But don't worry, moms and dads, because most of the time, other people completely understand.