Hilaria Baldwin is pregnant with her and Alec Baldwin's fifth child together! The mom announced on Sept. 18 that she's in the very early stages of her pregnancy, so we can likely expect to meet baby in late Spring 2020.

"It is still very early . . . but we have learned that there is a little person inside of me," she wrote alongside a video of her baby's heartbeat. "The sound of this strong heart makes me so happy — especially because of the loss we experienced in the Spring. We want to share this news as we are excited and don't want to hide the pregnancy. These first few months are tough with exhaustion and nausea . . . and I don't want to have to pretend that I feel OK."

Hilaria and Alec have four kids age 6 and under together — Alec is also dad to 23-year-old Ireland from his marriage to Kim Basinger — and Hilaria's always been very open about parenting and pregnancy on Instagram. In April, she shared that she experienced a miscarriage, and because of the loss, has one request going into her sixth pregnancy.

"My one request is that the media not send paparazzi to follow me or buy independent paparazzi photos, hence encourageing them," she said. "I want to remain peaceful during this very early time in my pregnancy and getting chased around by cameras is not in the doctor's orders."

She added, in a comment to a follower who didn't understand why she'd share the news early if she didn't want the attention: "Because people poke around and try to find out what is going on. When you simply share what is happening, you take the story into your own hands and they tend to leave you alone more. Secrets are only interesting when they are secrets. Reports of my belly growing or my appearance changing spark rumours. That brings attention. Me coming out and saying what is going on gets the news out there . . . then they move on to the next story. I hope this makes sense. It's been something I've learned over the past decade . . this is one of the reasons I'm so active on social media. The news can take images for free from my page rather than paying a paparazzi to come and follow me."

Preach, mama! And congratulations to the entire Baldwin brood! 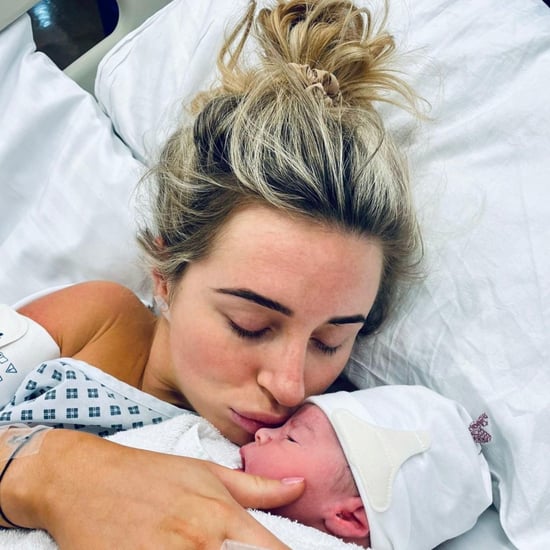 Celebrity Kids
Gigi Hadid Just Subtly Revealed Her Baby Girl's Name, and It's So Beautiful
by Yerin Kim 4 days ago