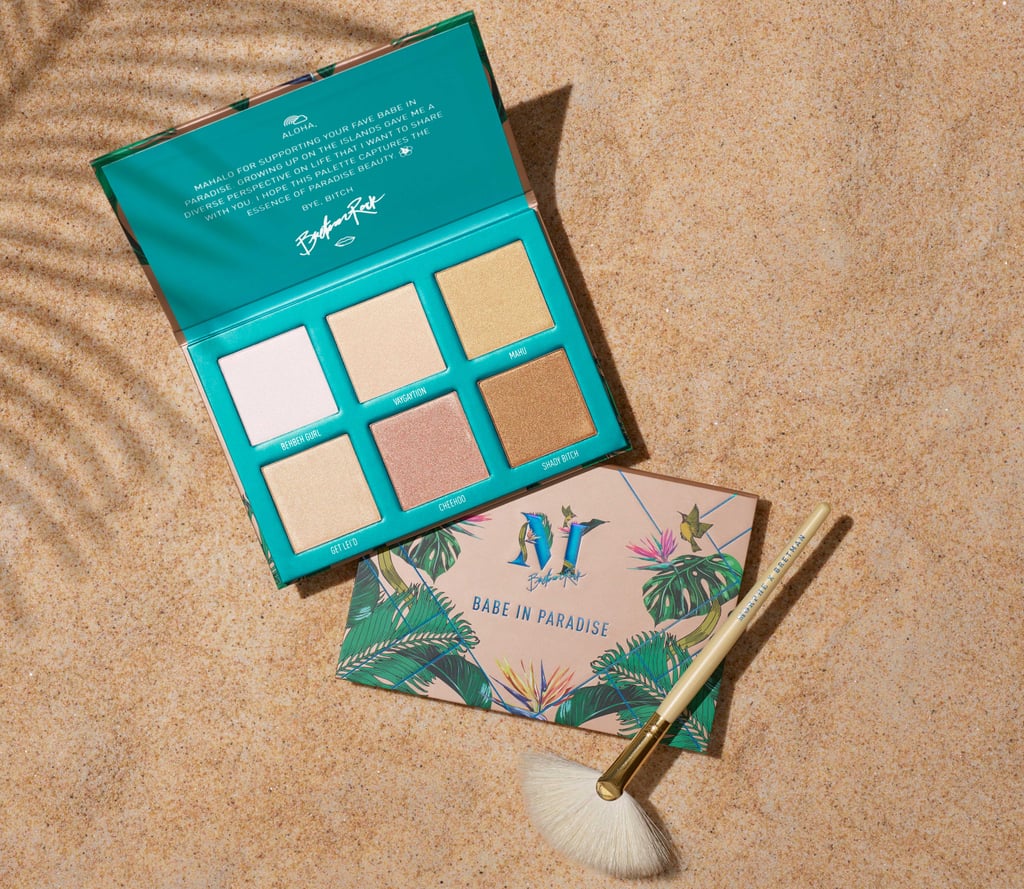 I've seen beauty sensation Bretman Rock's influence firsthand. Last year, while moderating a panel for RuPaul's DragCon, it became clear that many of the people in the jam-packed conference hall were there to see the 19-year-old YouTuber in the flesh. People screaming his name as he entered the room, people yelling words of encouragement while he talked — a majority of the questions asked at the end of the panel were directed toward Bretman.

The next venture for the Philippines-born creator? A collaboration, of course — and we have the exclusive reveal! Introducing Morphe's new Babe in Paradise Highlight Palette ($29). Bretman, who boasts almost 15 million social followers on YouTube, Instagram, and Twitter, collaborated with the brand to create an offering of six creamy, weightless highlighters to accentuate every skin tone. The palette comes with a fan brush and shades like Behbeh Gurl, a pearlescent pink; Vaygaytion, an iced-champagne sheen; Mahu, a gilded gold; Get Lei'd, a peachy-pink sheen; Cheehoo, a soft rose sheen; and Shady B*tch, a golden-copper luster. The names are very Bretman.

The palette is the perfect ode to Bretman's "IDGAF" attitude, and comedic-style videos make him a fun watch; his authenticity plays out similar to watching a friend who has no filter do makeup. In fact, his personality scored him a tour with Fullscreen last year, when he traveled around the country meeting fans.

The Babe in Paradise palette launches on March 13. Check out the gallery to read our interview with Bretman and see the shades up close, along with exclusive images from Morphe's campaign shoot.