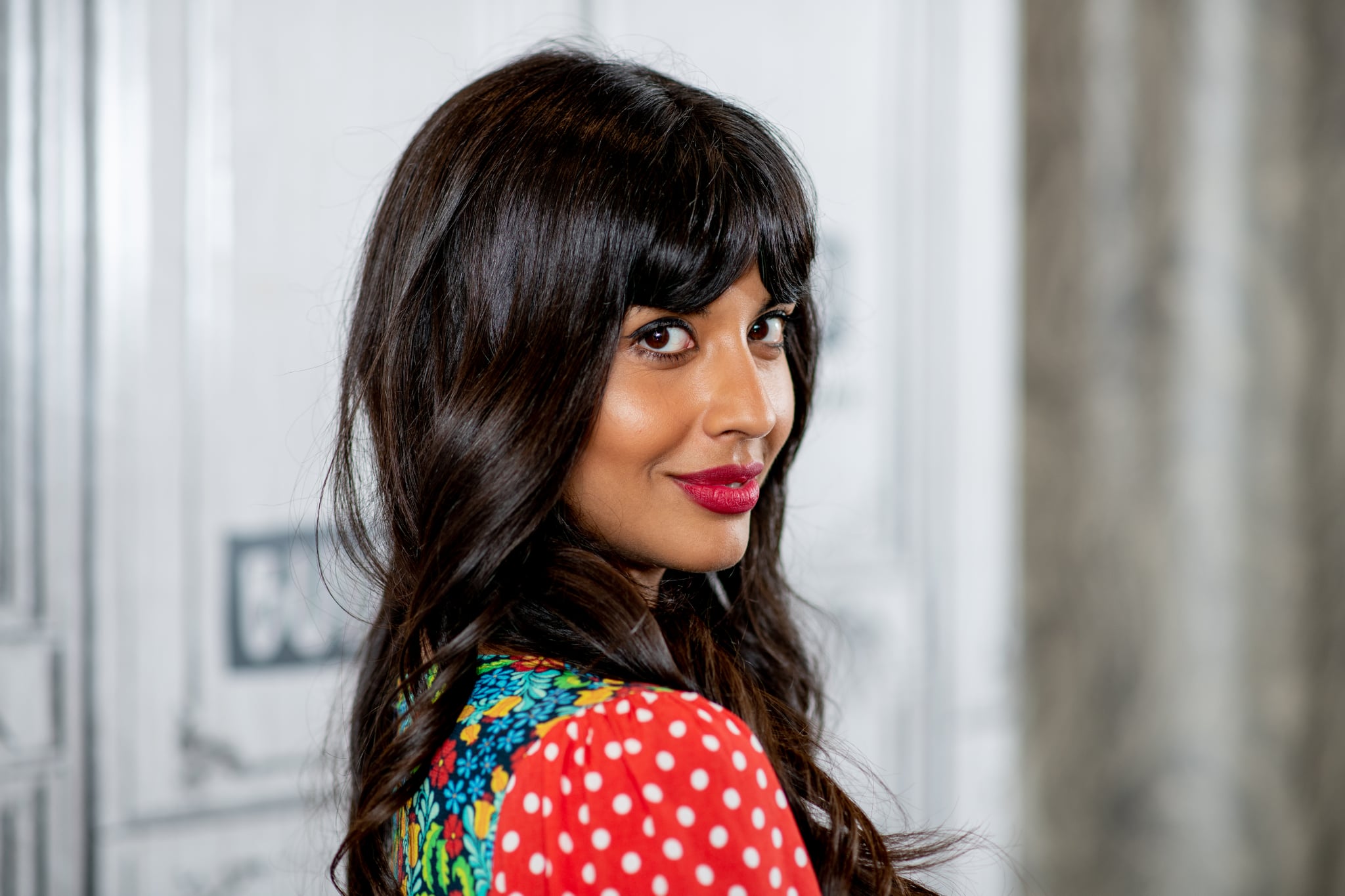 Jameela Jamil's role as Tahani Al-Jamil on The Good Place has made her something of a fashion icon, as her character makes pretty much every floral maxi dress look like an extravagant ball gown. But, while Tahani is constantly concerned with how others perceive her, Jamil has been vocal about breaking stereotypical beauty norms and embracing what it means to be your authentic self. In an exclusive interview with Allure, the actress opened up about her personal beauty journey and why accepting her background has made her feel more beautiful than ever before.

"I started thinking about beauty in the late '90s when I was about 11, because that's when tabloid culture and magazines really started a full-on assault on women's appearances," Jamil told the publication. Between her preteen years to her mid-twenties, she added that the Internet played a pivotal role in encourageing her to wear makeup and become more aware of beauty as a concept, which was often associated with being thin and fitting a predetermined standard of the "ideal" woman. "I love different faces. I didn't when I was younger growing up in the U.K.; plus, my Indian culture really celebrates lighter skin. I really wanted to not have an 'Indian' nose."

Related:
Jameela Jamil Hid the Cutest Part of Her Critics' Choice Outfit Under Her Dress

At the age of 26, Jamil became the first ever female host of the English streaming radio show The Official Chart. She quickly proved that her ratings could be just as high as those of her male colleagues, and was rightfully upset when the focus turned just as quickly on her appearance. "No one cared that I'd gotten this huge job and made this leap for a young woman, especially a young woman of colour," Jamil said. "It was just about the way that I looked. That was when I realised that people's obsession with my looks was holding me back. I made a decision to no longer engage with my aesthetics as heavily as I had been; I stopped finding it important."

"I think women are multifaceted, interesting, and diverse," Jamil said. "That diversity is really beautiful to me."

As a woman in Hollywood, Jamil is constantly being scrutinized for everything from her height to her weight and the way she speaks. But, if her stereotype-smashing tweets are anything to go by, it's going to take a lot more than a few negative comments to stop her from challenging mainstream beauty standards. "We think a big nose on a man is character and wrinkles are distinguished, and we show them in high-definition on magazine covers," Jamil pointed out. "With women, we just Photoshop them all, even if they're in their 50s, to look like preteens. I think it's really sh*tty and dangerous for women in their 30s, 40s, and 50s to open magazines and see women the same age with zero flaws, zero spots, zero lines. No signs of gravity. No signs of weight gain. No one looks like that."

Jamil herself has learned to love all aspects about herself, including her age, her wrinkles, and her chubby cheeks. "Now when I wear makeup, it's just to accentuate certain features," Jamil said, pointing out that choosing to wear or not wear makeup is the same as a man choosing to shave his face or grow a beard."I think women are multifaceted, interesting, and diverse," she said. "That diversity is really beautiful to me." 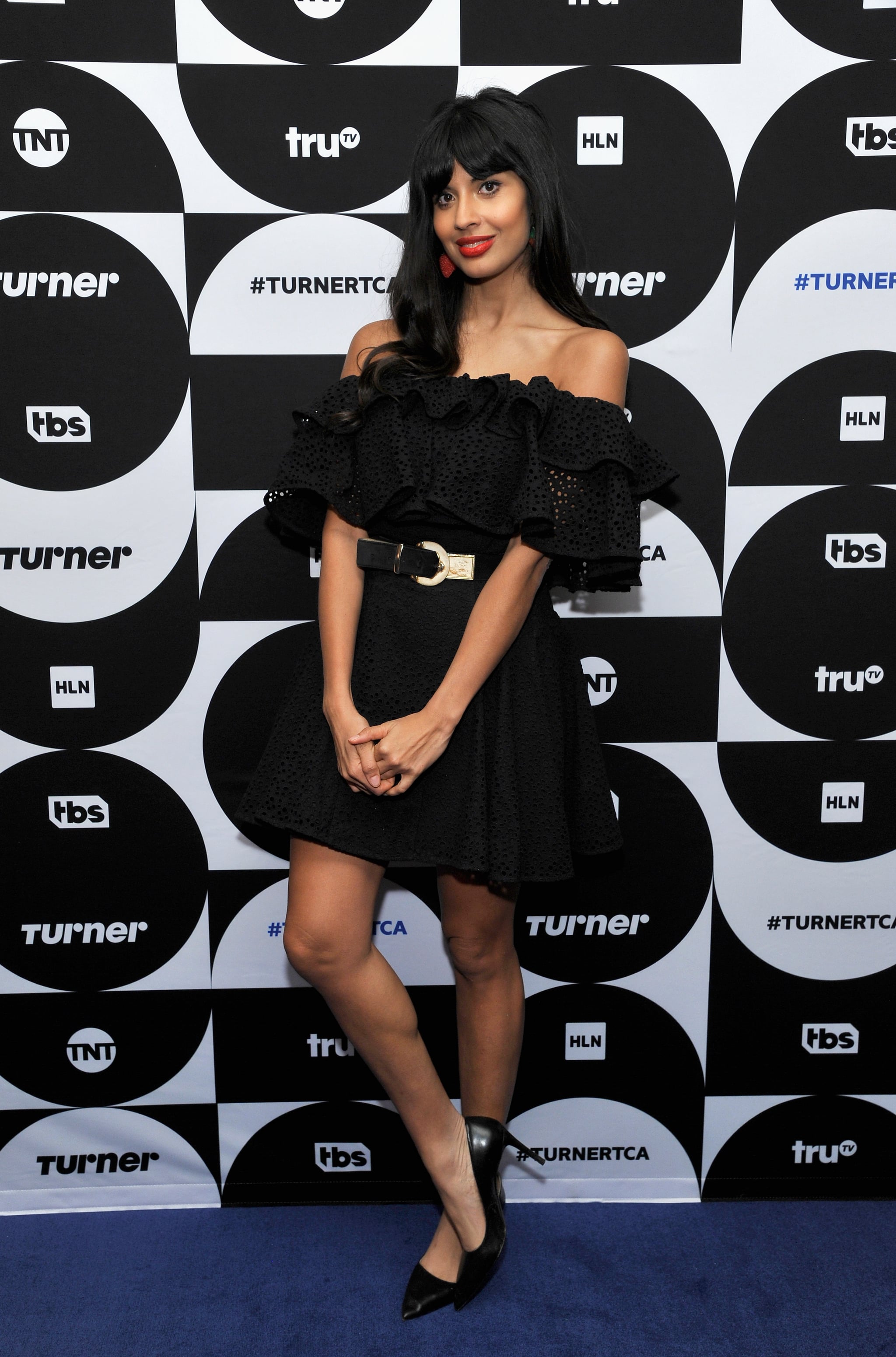 Jamil says her confidence didn't truly develop until after she was cast in her most famous role to date. "When I got cast on The Good Place as Tahani, this great beauty that everybody talks about, I found it very uncomfortable," Jamil told Allure. "It actually made me feel a bit bad about myself at first. I thought everyone would think it was really ridiculous that I would be cast to play this beautiful person." But Jamil said she became much more relaxed about her role once Tahani's looks became more of a running joke and her comedic input as an actress became more valuable to the show than her physical appearance. "I've managed to make her so annoying that you don't care about her looks," she added.

Jamil's passion for inspiring others to see their own diverse beauty has taken on a platform all its own in the shape of her I Weigh Instagram account, which serves as a safe space for young people to escape the constant pressure of being measured by how they look. "There are people there from all places in the world," Jamil said. "They're not all posed or Photoshopped. They're just bare and proud of the whole individual that they are." 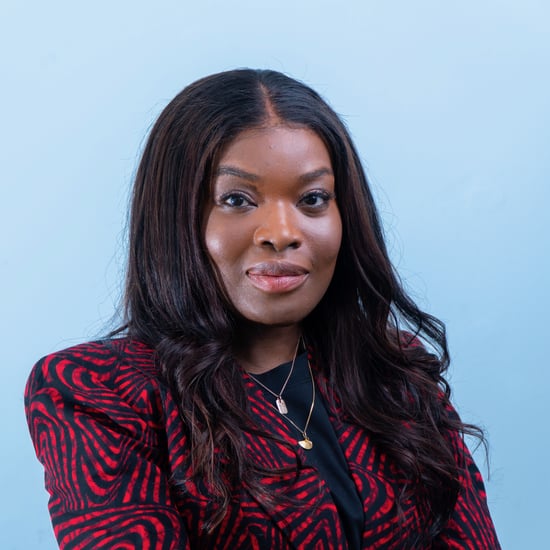