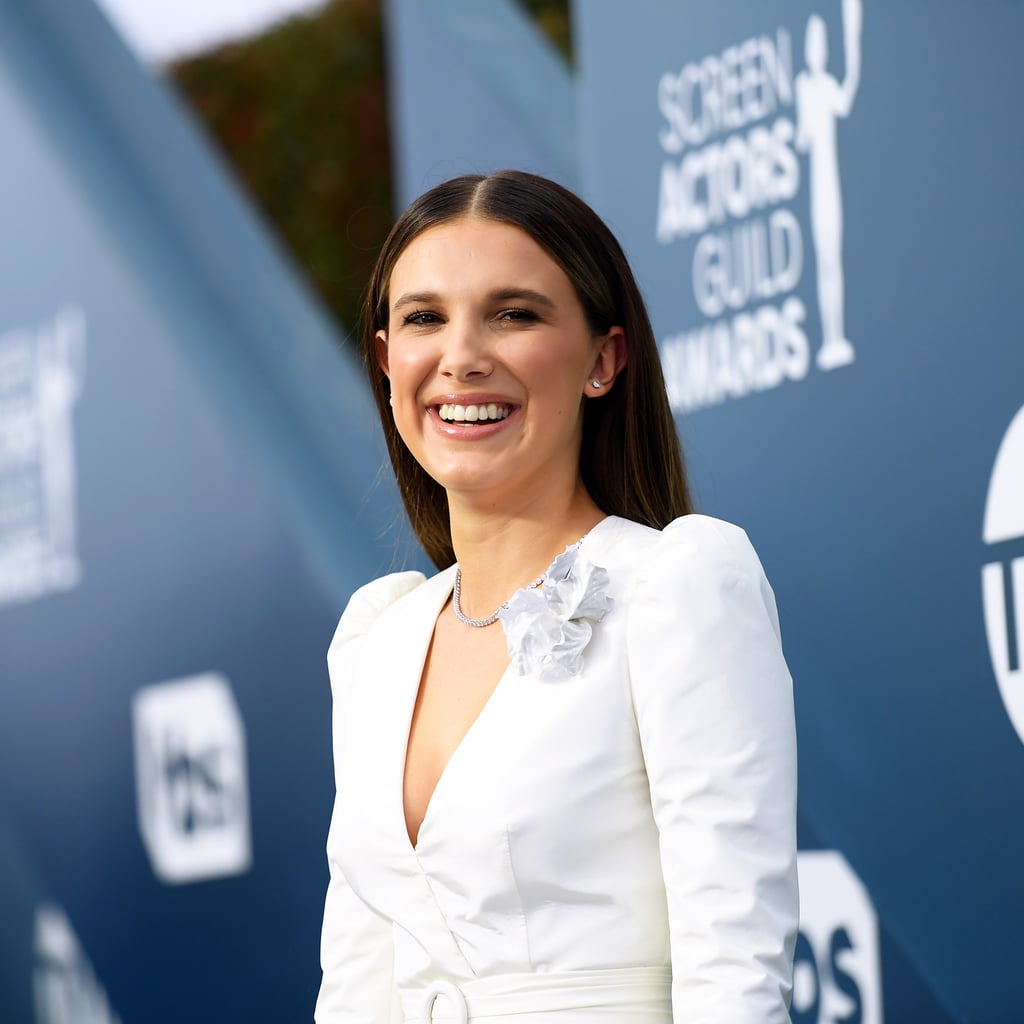 When we first caught a glimpse of Millie Bobby Brown on the SAG Awards red carpet alongside her Stranger Things cast, we truly thought nothing could make us love her custom-made Louis Vuitton outfit more — not even her pricy makeup look. Then, we saw her french manicure.

Yes, the 15-year-old actress seemed to be on a mission Sunday night. Not only was she proving that tailored trousers and belted jackets never go out of style (very Diane Keaton, no?), but that the famous white-tipped polish look is one trend worth fighting for . . . even in 2020. Yes, Brown's fingernails were painted with the classic french manicure style, one that we used to see back in 2004. Of course, Brown isn't the first celebrity to usher back in the look; A-listers like Jennifer Lopez, Awkwafina, and Hailey Baldwin have worn it, too. Needless to say, the trend is officially back and we're here for its second wave.