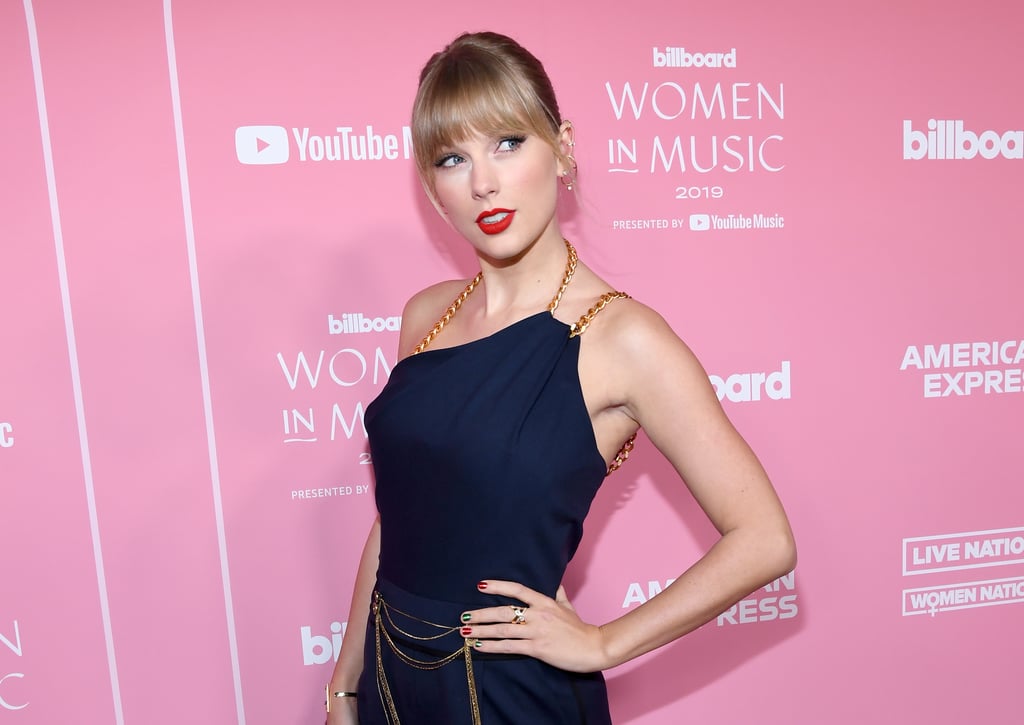 Taylor Swift earned two momentous titles at Billboard's Women in Music event Thursday night: woman of the decade and queen of Christmas manicures. The singer-songwriter attended the annual award show with a festive take on the popular "Skittles" manicure trend taking over Instagram. Her fingernails featured alternating metallic red and green polish that shone bright as she walked the pink carpet and delivered an empowering acceptance speech on stage. Oh, and her pedicure matched, too!

This isn't the first time Swift has spread Christmas cheer with holiday-inspired nail art — it's sort of become her thing over the years, as many fans know. Last December, she sported a similar green and red manicure while performing during the 2018 Ally Coalition Talent Show, and back in 2017, she also rocked the same mismatched nails at iHeartRadio's Jingle Ball. Our money's on Swift rewearing the holly-jolly manicure yet again this month because she's headlining Z100's Jingle Ball on Friday in NYC.

Ahead, zoom in on Swift's gloriously festive matching mani and pedi at Billboard's Women in Music event, and you just might feel inspired to copy them for your upcoming holiday parties.

Nails
Ever Wondered What a True Line of Duty Fan Looks Like? This AC-12 Manicure Says It All
by Tori Crowther 2 days ago