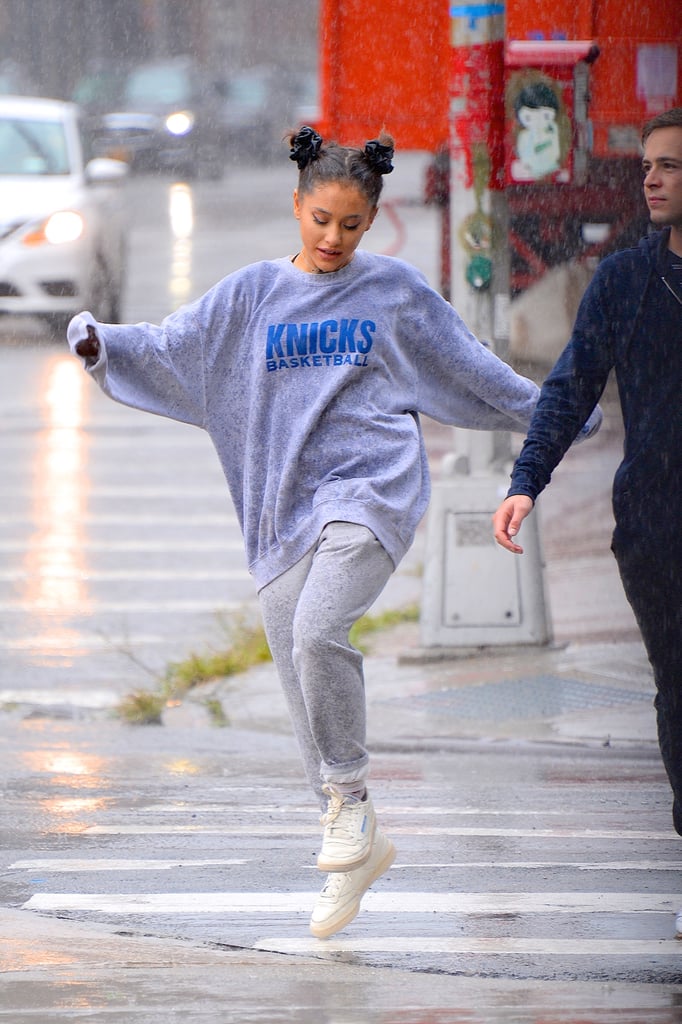 Ariana Grande is surrounding herself with close friends. After skipping the Emmys on Monday night, the "God Is a Woman" singer was spotted braving the rain in NYC on Tuesday afternoon. Ariana appeared to be in good spirits as she walked around the city, sipped on coffee, and danced through the storm.

While the singer was originally scheduled to attend the Emmys alongside her fiancé Pete Davidson, she opted not to go last minute. "Given the events of the past couple of years, Ariana is going to take some much needed time to heal and mend," her team said in a statement to E! News. "She will be staying close to home and using this period to spend time with her loved ones and work on new music without deadline. She thanks her fans for their understanding."

The award show came 10 days after Ariana's ex-boyfriend Mac Miller was found dead in his home after an apparent overdose. On Sept. 14, Ariana spoke out for the first time since his death by sharing a personal video of Mac on Instagram. "I can't believe you aren't here anymore. I really can't wrap my head around it," she wrote. "I'm so sorry I couldn't fix or take your pain away. I really wanted to."

Previous Next Start Slideshow
Ariana Grande
Around The Web