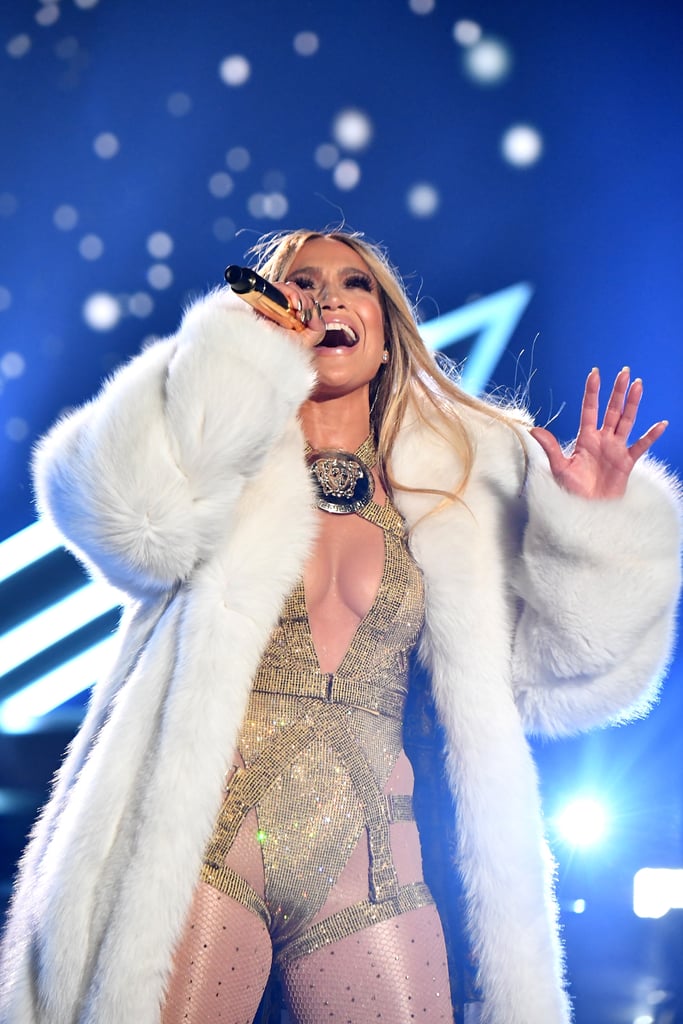 The MTV VMAs went down in NYC on Monday night, and thanks to Jennifer Lopez, it was a show to remember. The 49-year-old singer performed a medley of her biggest hits and was also the first Latin artist to be honoured with the coveted Michael Jackson Vanguard Award. In addition to performances by Ariana Grande, Nicki Minaj, and Travis Scott, we were also treated to heartfelt acceptance speeches from winners Cardi B and Camila Cabello, and a sort-of reunion from the cast of The Hills. We've rounded up the hands-down hottest moments that you may have missed from the MTV VMAs this year. Scroll through to get caught up!

Related:
We Were Prepared For a Sexy VMAs Red Carpet, but These Looks Are Hot on Another Level
Previous Next Start Slideshow
Award SeasonCardi BAriana GrandeMTV VMAsRed CarpetJennifer Lopez
Around The Web

Award Season
Sound of Metal Isn't a True Story, But Riz Amed Worked to Make It Feel Realistic
by Amanda Prahl 18 hours ago

Celebrity Style
Think Poet Amanda Gorman Has a Way With Words? Her Fashion Speaks Volumes Too
by Sarah Wasilak 1 day ago