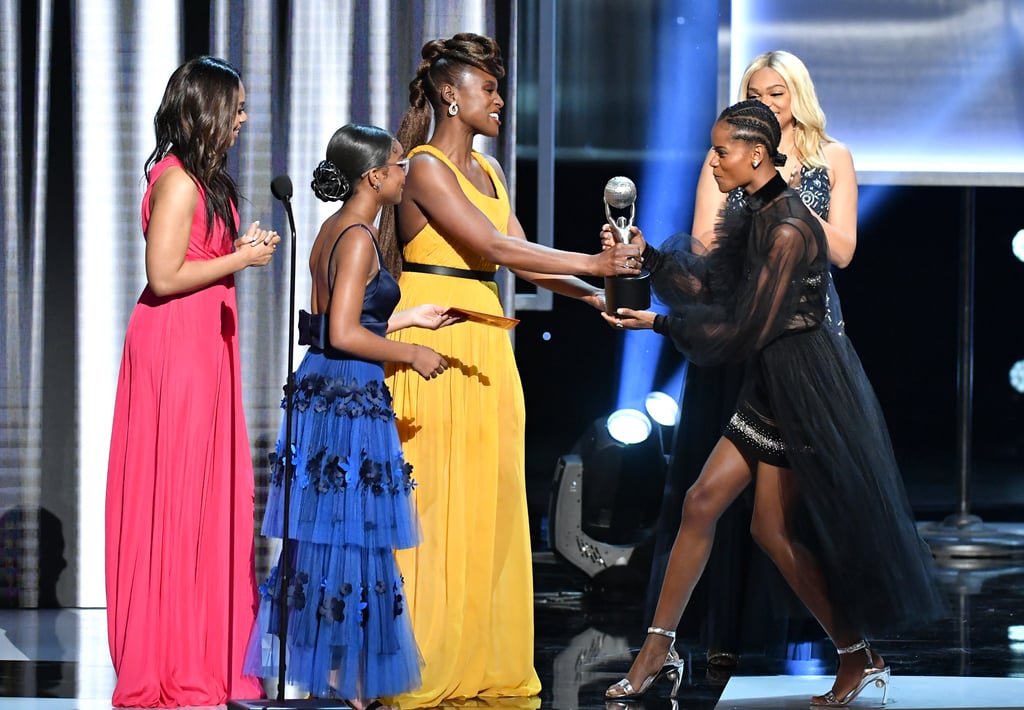 A handful of stars stepped out for the 50th annual NAACP Image Awards on Saturday. The event — which celebrates people of colour and their accomplishments in the entertainment industry — featured a number of famous figures such as Tracee Ellis Ross, Michael B. Jordan, Issa Rae, and Yara Shahidi. A couple of the big winners included power couple JAY-Z and Beyoncé, who won the president's award and the entertainer of the year award, respectively. The cast of Black Panther also had a huge night, racking up eight trophies, notably the prize for outstanding motion picture. There were plenty more fun moments and hot red carpet looks at the ceremony, so keep scrolling to see the best pictures from the show!