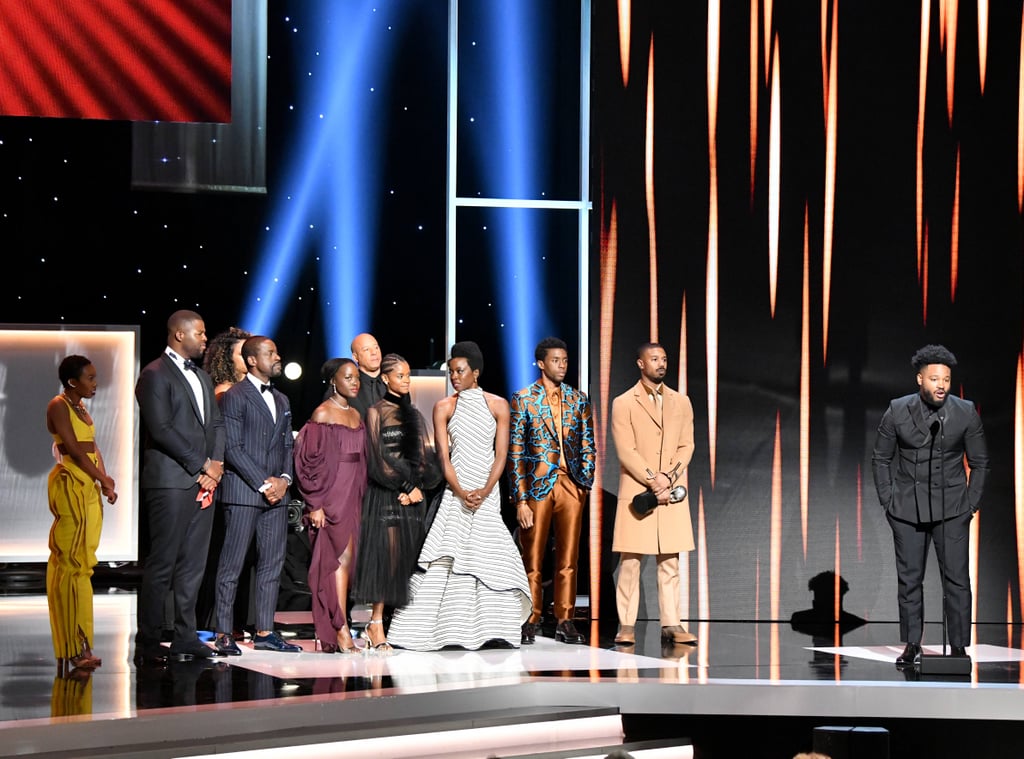 The Black Panther Cast Radiated Elegance at the NAACP Image Awards, and We Can't Look Away

Wherever the Black Panther cast goes, opulence follows. On Saturday, the all-star group — which includes Chadwick Boseman, Lupita Nyong'o, Winston Duke, Michael B. Jordan, Danai Gurira, Sterling K. Brown, and Letitia Wright — attended the NAACP Image Awards, and naturally, had a ton of fun. They certainly had a reason to be in good spirits, considering how many awards Black Panther took home.