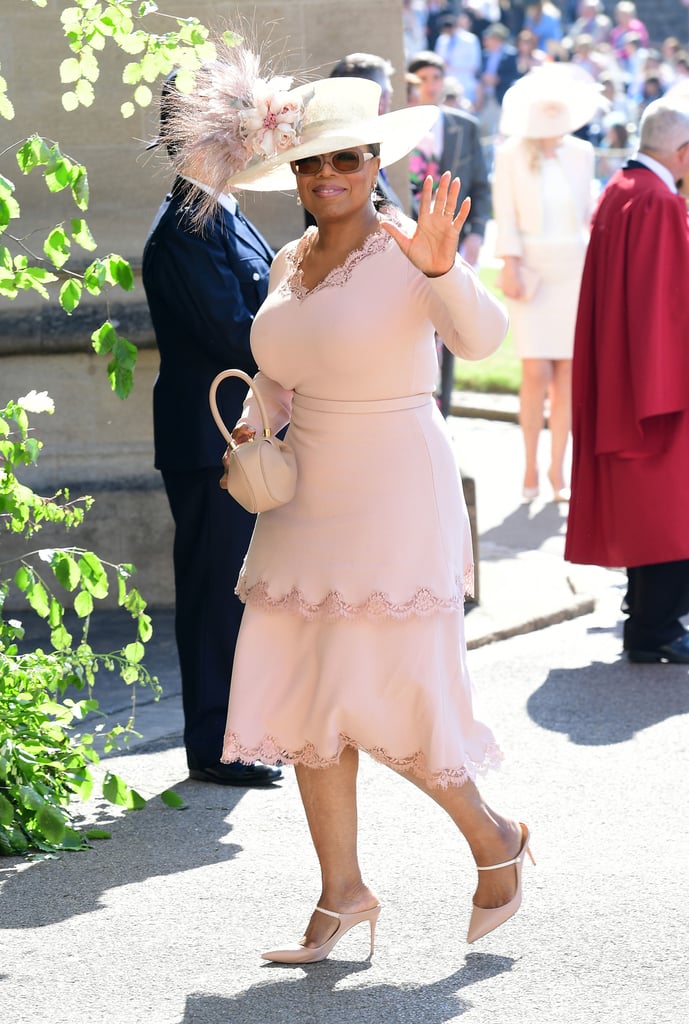 Prince Harry and Meghan Markle are tying the knot in front of 600 esteemed guests who gleefully made their way to Windsor Castle in England on Saturday. Stars like David and Victoria Beckham, Oprah Winfrey, Priyanka Chopra, and Serena Williams were dressed to the nines for the big event; George and Amal Clooney held hands as they descended on the grounds and Meghan's former Suits costars — including Sarah Rafferty, Gina Torres, Patrick J. Adams, and Gabriel Macht — also smiled for the cameras as they headed into St. George's Chapel. Kate Middleton's sister, Pippa, kept her rumoured baby bump under wraps in a sweet dress.

In addition to the millions of people watching from home, Meghan and Harry's wedding guests also include over 250 members of the British Armed Forces — reflecting Harry's time as a soldier — as well as 2,640 members of the public comprised of school pupils, Windsor Castle community members, and those involved in local charitable organisations that the couple is associated with. Keep reading to see all the high-profile celebrity royal wedding guests!

The Royals
Harry and Meghan Make First Joint Appearance Since Welcoming Lili: "It's Wonderful to Be Back"
by Kelsie Gibson 23/9

by Monica Sisavat 41 minutes ago