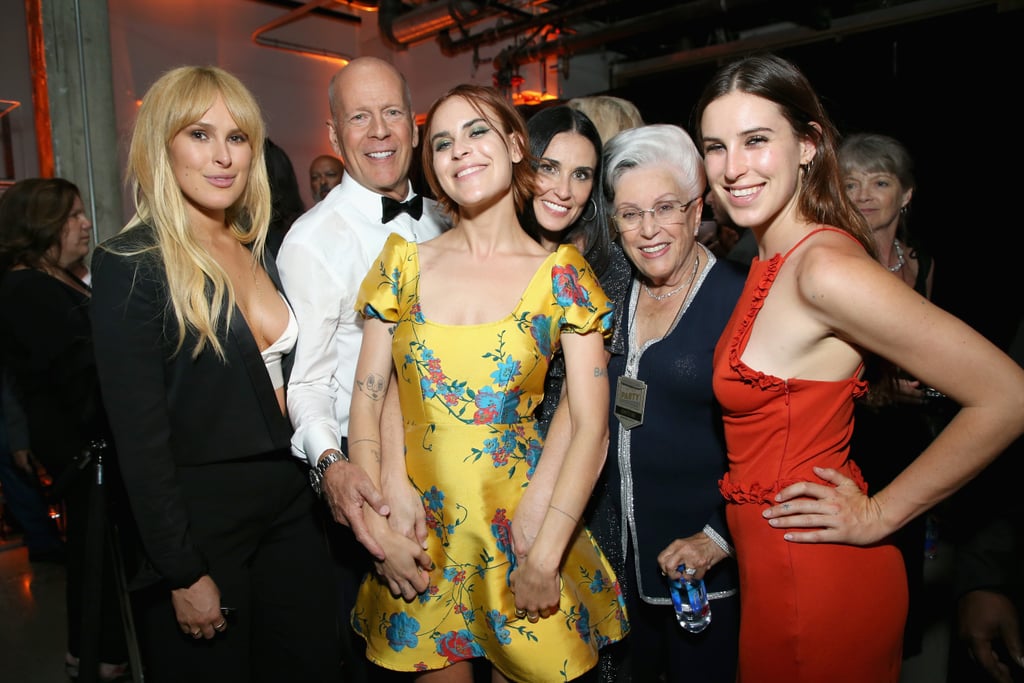 When it comes to Hollywood exes, Demi Moore and Bruce Willis are some of the friendliest around. Though the couple split in 2000 after almost 12 years of marriage, they have remained incredibly close as they coparent their three daughters, Rumer, Scout, and Tallulah. Demi even made a special appearance during Bruce's recent roast on Comedy Central! In addition to hitting the red carpet with their girls from time to time, their eldest daughter, Rumer, has been known to post some adorable throwback pictures of the family of five. Though the two eventually moved on with other people — Bruce is married to Emma Heming and Demi was previously married to Ashton Kutcher — it's clear they will always have a special bond. See their sweetest family moments ahead.