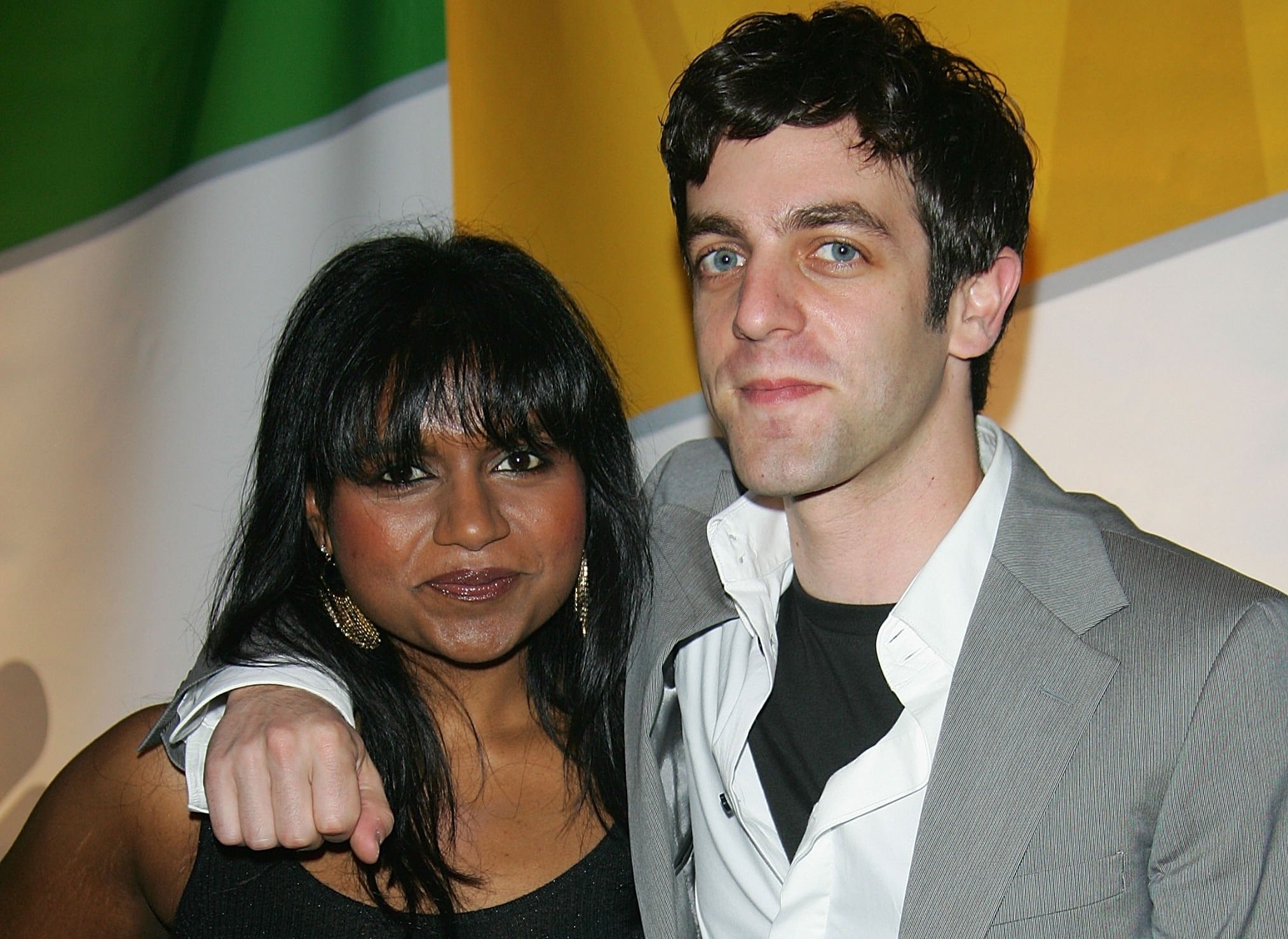 Suffice to say, Mindy Kaling and B.J. Novak create butterflies in our stomachs whenever a cute snippet of their relationship hits the news cycle. You know, like when they were each other's dates at the Oscars Vanity Fair Party, or when B.J. sent the Champions creator a bouquet of white flowers (excuse us, fleurs). So what's the secret to finding your very own soup snake? Well, here's the sweet origin story behind one of Hollywood's most iconic, romantically charged, and confusing friendships.

Before breaking into television, Mindy had been performing on Matt & Ben, an off-Broadway play that she cowrote in New York. B.J. had been performing stand-up around Los Angeles. Both officially met while working on The Office in 2005. As young writers on staff, both 24 at the time, they naturally bonded. On screen, they occasionally portrayed volatile lovers Kelly Kapoor and Ryan Howard.

Reality imitated art, as B.J. and Mindy also dated on and off in real life. B.J. has called Mindy the person that he was closest to on set and revealed that she often pranked him ruthlessly while they worked together.

While they eventually broke up, the two remained close friends. B.J. even worked as a consulting producer during the first season of Mindy's show, The Mindy Project, which follows a lovably flawed OB-GYN who takes viewers along her romantic and professional misadventures. In a three-episode arc, he portrayed Mindy's love interest Jaime, a charming professor with an uncannily close relationship with his best friend. B.J. has admitted that Jaime's relationship is loosely based on his rapport with Mindy.

"I don't know that it's a direct analogy, but it's definitely inspired by our relationship. We are pretty inseparable best friends with a lot of chemistry ourselves, and we're not dating," he noted in an interview with Entertainment Weekly.

If you follow them on Twitter (@mindykaling and @bjnovak) and Instagram (@mindykaling and @picturesoftext), you'll know that their friendship has continued to stay strong and subtly flirty over the years. In 2015, the pair cinched a megamillion deal to cowrite a book together. While we wait for this literary masterpiece to debut, we'll just be looking at adorable pictures of these BFFs and reminding ourselves that love exists.