It was date night for Justin Timberlake and Jessica Biel when they stepped out for pal Dwyane Wade's retirement party at Catch in NYC on Wednesday. The couple — who will be celebrating seven years of marriage in October — kept things cool in colour-coordinated ensembles and held hands as they exited the restaurant. Dwyane had his final home game with Miami Heat on Tuesday before retiring after his 16th season in the league. Also at the bash were Dwyane's wife, Gabrielle Union; Carmelo Anthony; and Lebron James.

Justin has been busy hamming it up on his Man of the Woods tour (which ends on April 13), and his wife has been by his side supporting him the entire way. In fact, during his April 4 concert in Michigan, things got pretty flirty between them. In an Instagram video captured by a fan, Justin is shown giving Jessica a couple of pelvic thrusts as she cheers him on from the front row. Clearly, the spark is still very much alive for these lovebirds! 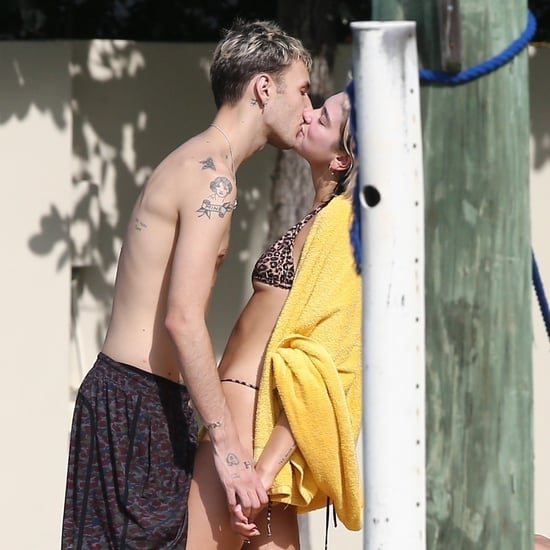