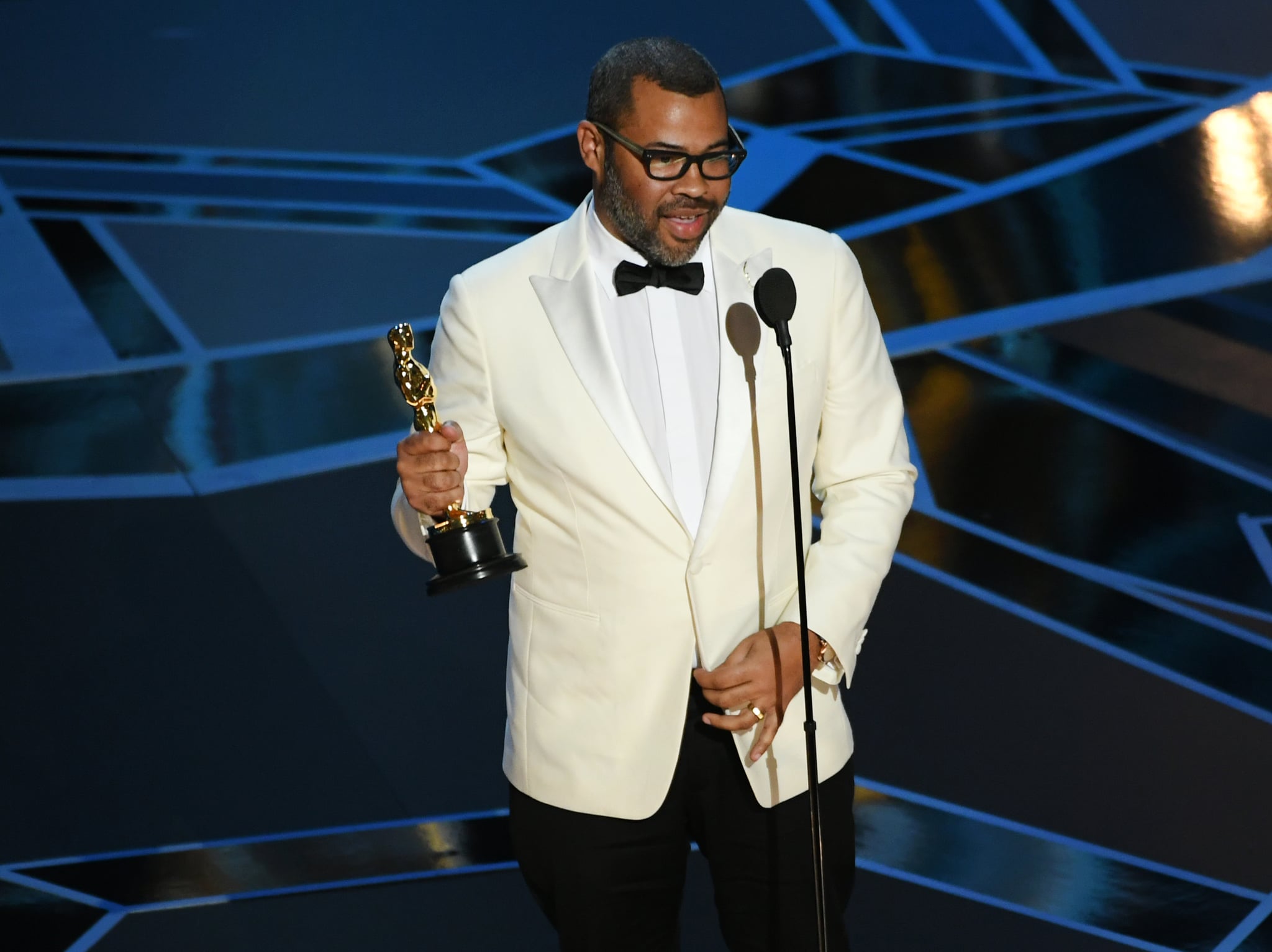 Jordan Peele made history for his Oscar win for best original screenplay, and no one was more excited than his family and friends. While the Get Out director gave his wife, Chelsea Peretti, a sweet shout-out during his speech, one of the best reactions to his win happened off screen. While Jordan was taking home the coveted award, his Key & Peele costar and close friend, Keegan-Michael Key, was losing his mind during a private viewing party. "Great moment here when Jordan Peele wins for Get Out!" producer Ben Winston wrote alongside a photo of Keegan-Michael jumping up in the air in front of the TV. The actors continued the love fest during the Vanity Fair Oscar party when Keegan-Michael appropriately congratulated his friend with a hug. Aww!

Great moment here when Jordan Peele wins for Get Out ! pic.twitter.com/cRTkdTNczZ