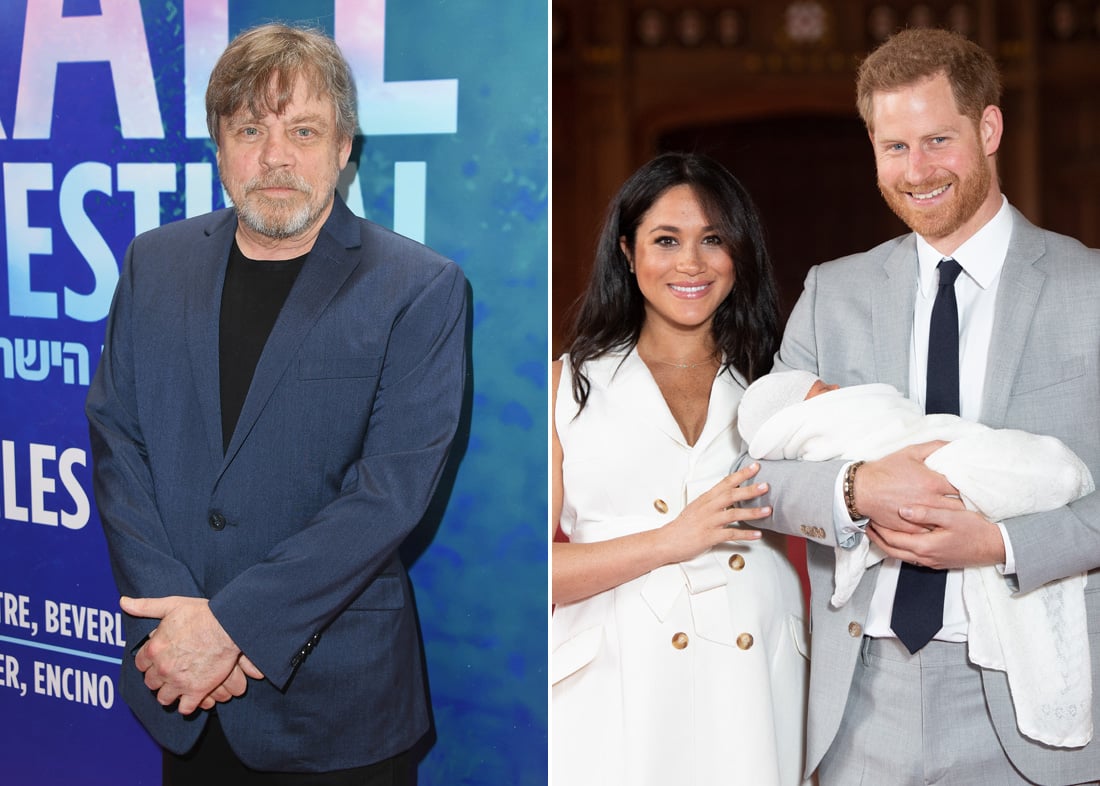 Star Wars star Mark Hamill is one of the many people who have some thoughts about Meghan Markle and Prince Harry's adorable name for their newborn son. On Wednesday, the royal duo revealed their bundle of joy is named Archie Harrison Mountbatten-Windsor. Yes, there were Riverdale jokes aplenty, but Mark specifically addressed baby Archie's middle name.

Mark tweeted a throwback picture of himself speaking to Prince William and Prince Harry on set of Star Wars film, quipping in the caption that he was sharing potential royal baby names with them at the time. "Here's me with William & Harry pitching the idea of naming any future royal baby after their favourite #StarWars actor," he wrote, joking that Archie's middle name is inspired by his Star Wars costar Harrison Ford. "Happy they chose Archie HARRISON Mountbatten-Windsor, but regret not being more specific. Should have pitched favourite #StarWars actor WHO PLAYED LUKE."

Harry and Meghan officially welcomed their firstborn on May 6 before giving the world a view of Archie two days later. During Harry's May 9 trip to The Hague for the launch of the 2019 Invictus Games, he even received a special gift for his son: an Invictus Games babygro! Perhaps if Mark sends Harry and Meghan a Luke Skywalker onesie, they'd consider changing Archie's middle name to Mark? (Eh, probably not.)

The Royals
Meghan Markle Steps Out Amid Royal Meetings — and, of Course, It's For a Good Cause
by Tori Crowther 1 week ago

The Royals
Following Crisis Talks, the Queen Issues a Statement About Meghan and Harry’s Future
by Tori Crowther 1 week ago